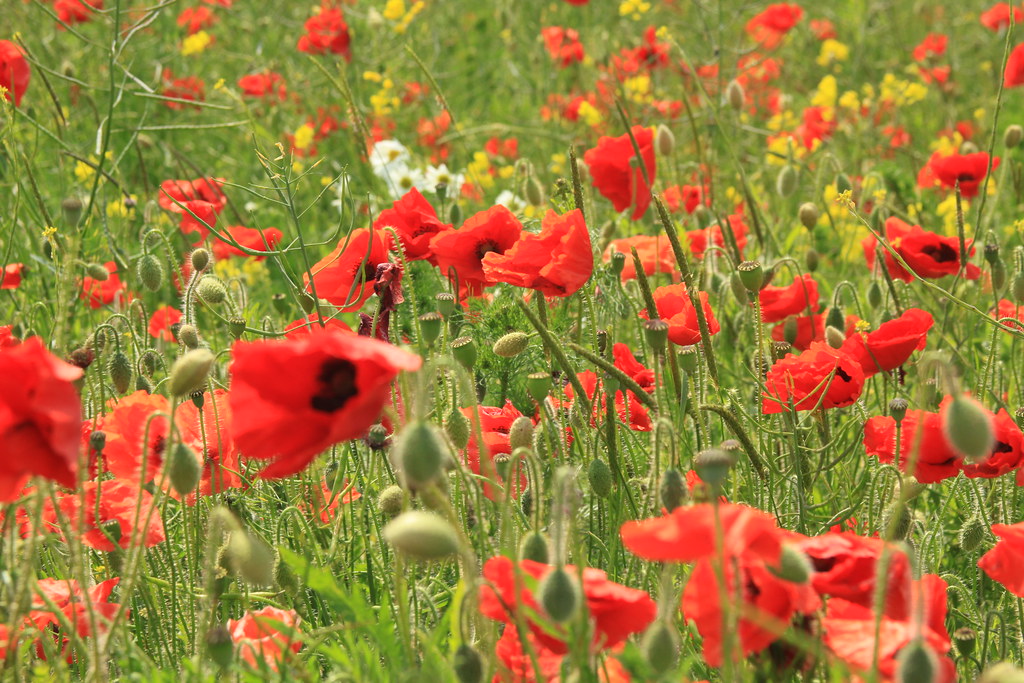 Lest we forget – A comment on the LGBTQ+ poppy controversy

Those of us who exist within the Queer spaces of social media will no doubt have been confronted with the ‘rainbow poppy’ controversy.

It brings with it the toxic and all-too-familiar dog whistles of ‘I’m not homophobic but…’ and ‘I don’t care what you identify as, just don’t shove it in my face’. But why is a rainbow coloured poppy such an issue? And why are the LGBTQ+ community as a whole being taken to task for it?

The issue first emerged in 2015. Celebrated LGBTQ+ poet laureate Trudy Howson raised the idea of a poppy coloured with the rainbow flag in order to commemorate those soldiers who died in the First World War. Especially at a time when they still heavily persecuted for their sexuality or gender identity.

It is worth noting that the idea of a different coloured poppy for different kinds of remembrance is not new. The black poppy campaign was launched in 2010 to honour soldiers of an African or Caribbean background. Later, the purple poppy, which commemorates service animals was available between 2006 and 2015.

The practice of colouring poppies in this way is not a modern phenomenon either. White poppies, which serve to remember those non-combatants who have died in war, were first introduced by the Peace Pledge Union in 1934. Why then does the rainbow poppy cause such contention?

Sadly, the answer appears mostly to be rooted in lingering homophobic attitudes. Those who take the most issue with the rainbow poppy cite pride month. They make the case that ‘you get a whole month, while our soldiers only get a minute’.

For many critics, the real goal is to weaponize the poppy.

They seek to claim authority over who is and is not worthy of our remembrance.

It is not surprising therefore, that many of the same people outraged over the poppy are those who buy into false information. Not least, the claim that poppies will soon be banned for ‘offending Muslims.’ Both of these moral crusades attempt to erase historical contributions of marginalised groups.

Remembrance Day is and should always be about commemorating those who gave their lives for the country and their families. However, this shouldn’t have to mean we forget the role played by oppressed and minority groups. Such people were often fighting on behalf of governments who were actively working to repress them.

Over two and a half million Muslims travelled to Europe to fight on behalf of the Allies. Alongside them were thousands of LGBTQ+ service people. Many of them were forced into the closet by a society they were fighting to protect. The existence of such people has been proven by the discovery of love letters and diary entries depicting same-sex relationships.

Many respected soldiers suffered direct persecution for their sexuality. These include Second Lieutenant Charles Henry Faulkes, who was reprimanded for visiting a gay spa and Lieutenant Wilfrid Marsden who was sentenced to two years of hard labour for ‘gross indecency’.

This is to say nothing of the fact that one of the single most important individuals in contributing to the British victory in World War Two was himself LGBTQ+. In cracking the Enigma code, Alan Turing is believed to have shortened the war by four years. At the same time, being forced to hide his sexuality and eventually being prosecuted by the country he had helped to save.

There were also cultural significant figures, such as the poet Wilfred Owen. In spite of his importance to literature he was forced to hide and suppress their identities in order to avoid similar persecution. It thus important to highlight and give a platform for the stories of such individuals and communities.

We have a responsibility to give them the recognition and appreciation they were denied in their own time. It is also worth noting that the actual image which has aroused such a level of controversy is from an online marketplace. In fact, the listing is now unavailable for purchase in this country at this time.

It is unclear whether this version reflects Howson’s original intentions for the campaign. Since the controversy  the seller has been forced to withdraw the product.

This is a prime example of misleading information used to attack the LGBTQ+ community. This hearkens back to the days of vicious slandering accusing Queer people of predatory recruitment of children.

The ‘shoving it in our faces’ argument is another trope of homophobic discourse. It is specifically designed to return LGBTQ+ people to the closet and silence them.

While legitimate criticism of any concept should be welcomed, we must also make sure to challenge bigotry and to educate where we find ignorant opinions.

But it also provides the opportunity to challenge these ideas and educate each other about the many facets of remembrance. Through this discourse, it is also possible to put a spotlight on some important figures in LGBTQ+ history. People who deserve a place in the narrative.

In this climate, is especially important that we as Queer people do not allow our voices to be drowned out. We must then work to come together with others on days of unity such as November 11th. Ultimately, I feel that some of those on the other side of this argument should remember the freedoms and struggles that so many of the soldiers we honour on Remembrance Day gave their lives for.