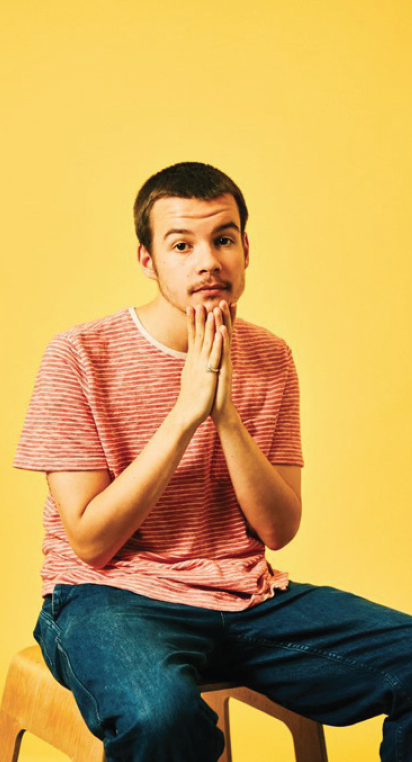 At long last, Rex Orange County’s new album Pony has graced our Spotify playlists, our well-loved stack of CDs, our vinyl collections and finally, our hearts. Tender lyricism conjoined with a smug, wry cynicism characterise his indie pop, where equally mournful, self-deprecating lamentations can be (somehow) also quite the uplifting modern-day love songs. Within his new album, Orange County reinvigorates previous undertones of love, hate, anguish, human toxicity and vulnerability, but he does so now even more poignantly and sophisticatedly. Yet, his music is never simply just a depressive spiral, aimed to make his listeners renounce love and all its trickery- he is also quite the philosophical artist. So, here are some of the simplest, yet best things one can learn from the music and musings of Rex Orange County- 1/ It’s very much ok/normal/healthy to be sad: Orange County channels his upset rather artistically and ingeniously into Pony, where his reflections on past relationships and the state of love encourage a meaningful self-reflection. Yet, he doesn’t milk his sadness; rather, he accepts it. Sadness is an inherently human emotion, and Pony lets listeners know it is far better to accept such a feeling, rather than pent it up. 2/ Love and respect yourself! To directly quote from 10/10, ‘Yeah I turned Superhero / I’m comin’ in Bruce Wayne’- you’re the superhero you recognise yourself to be, and Orange County doesn’t shy away from a joyful and healthy self-acceptance. Yet, an honest self-reflection and critique is still vital to the album, and goes hand in hand with self-love for a balanced view of oneself. 3/ People change: But, such change can be for the better. It’s completely fine to grow distant from some people, only to reconnect years later. Orange County, more than anyone, reflects on the human’s chameleon-esque ability to change, accepting it in his new album with a blossoming maturity. 4/ The Carpe Diem Philosophy: Life is too short, so sometimes ‘having the balls’ (in Orange County’s own words) is the best approach to avoiding disappointment or regret in later life. 5/ You may never fully understand yourself fully: Pluto Projector best articulates this idea, but in essence, knowing that sometimes you may not understand yourself, your actions or your feelings is normal. After all, it would be boring to wholly know yourself!