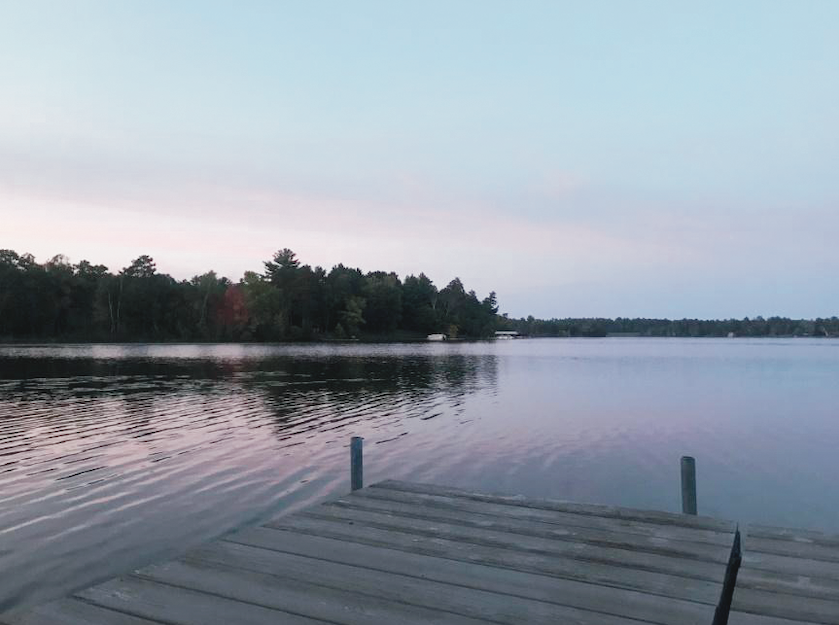 Above: Lake near Nisswa, Minnesota

My earliest memory of listening to Beethoven’s Piano Concerto No. 5, his ‘Emperor’ Concerto is at my maternal grandparents’ house in Nisswa, Minnesota, a lakeside town in the Northern United States. That’s where my grandparents moved when Papa retired from his job with Ford Motor Company in 1994. My mother, who was raised in Minnesota, has pilgrimed to Nisswa every summer since then with her family in tow.

Like Beethoven’s famed Symphony No. 3, the ‘Eroica’, his ‘Emperor’ Concerto is written in the E-flat major key. It is triumphant, yet delicately so: the dramatic shifts from forte to piano, especially in the first movement, only accentuate the balanced strength that permeates throughout the entire piece. Beethoven makes exceptional use of the concerto form, creating a conversation between the piano and the orchestra whose resolution, up until the end, remains unclear.

The first time I remember hearing the ‘Emperor’ Concerto, I was nine years old and eating dinner at Papa and Nana’s house. In that instance Beethoven was no more than background music to me, complementing the rhythm of the evening itself. Papa was a storyteller, and as he described what it was like growing up on his family’s farm in rural Wisconsin, his voice acquired its own peculiar cadence. Papa’s tales were exotic to my inchoate ears, worlds away from my suburban upbringing in Northeast Ohio.

For most of my childhood, I was a passive classical music lover—I said I liked it but didn’t know why. Only recently has my relationship with music deepened into something worth talking about. And yet as much as I want to be musically adventurous, to discover new composers, pieces and styles, I continue to return to the ‘Emperor’ Concerto.

We often consider nostalgia to be a longing for the past, but this definition fails to address the complex ways in which memories are continuously reshaped through the present. Maybe I listen to Beethoven’s ‘Emperor’ because I want to remember what it felt like to be nine years old in Nisswa, Minnesota, but my history with this music means that it’s no longer just that. This was the piece I listened to alone on a park bench in Tours, France, on a day off from my summer job in the Loire Valley; it’s what I listened to on my walks home from the library last year; it’s still what I listen to late at night, quietly exhausted, when I’m unable to fall asleep. I heard this piece performed live by The Cleveland Orchestra this past summer, and that, too, added another layer to my experience with it. This is why it is impossible for nostalgia to evoke one fixed image of the past. When I listen to Beethoven’s ‘Emperor’, I don’t know if I want to feel like I’m at the lake in Nisswa, or if I would rather recall all of these memories of wanting to remember.

When I began to write this article, I intended to untangle and make sense of all of these disparate experiences with Beethoven’s ‘Emperor’ Concerto. Now, however, I see that these moments are all illogical and ill-timed, and the only thread linking them together is my desire for the music and how it makes me feel. Nostalgia’s refrain is momentarily abandoned and then recycled, picked back up over and over again. A few weeks ago, I returned to the lake with my mom. It was just the two of us—Papa and Nana passed away a few years ago. My mom told me that after she dies, she wants her ashes to be scattered in the lake. That night I tiptoed to the edge of the dock and dipped my feet in the water, shivering as I watched the tiny waves ripple into darkness.