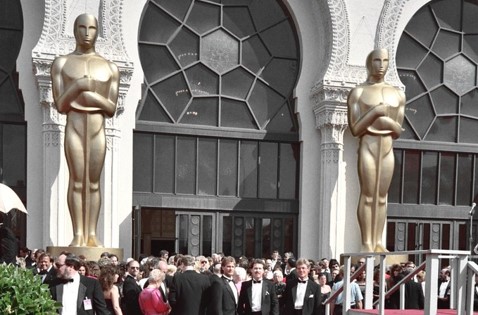 Telling our truth – being honest in representation

As culture and society have evolved within the west, so too have attitudes towards the LGBTQ+ community. In response, media depictions of Queer people and Queer stories have become increasingly prominent. While my natural inclination is to endorse this, I feel we must be cautious that representation does not become erasure. As a historian, perhaps you’ll accuse me of being pedantic, but I believe that historical fiction should reflect the reality of the subject matter it portrays.

While works such as Disney’s Pocahontas may appear empowering, they run the risk of over-shadowing the unpleasant truths and struggles of real people. The same is true for pieces dealing with LGBTQ+ content.

The 2018 film The Favourite portrays the political intrigues of the court of Queen Anne as a lesbian powerplay. Historically, the claim that Queen Anne was a lesbian is sketchy at best. Aside from a few letters between the queen and her close confident, Sarah Churchill, there is little to suggest there is truth in this claim.

The problem here though is not that Yorgos Lanthimos choose to make this a lesbian story, it is how he did it. Taking what could have been an interesting study of power structures, class and women in politics and adding in a Queer sexual predator feels problematic.

It felt uncomfortable to watch both a Queer character in a position of power abuse their influence for sexual favours and conversely to see that character being manipulated for their sexual identity. For me, the film strayed worryingly close to ‘gay panic’, with a Queer character shown as grotesque and sexually deviant.

Of course, there is nothing wrong with representing negative traits in LGBTQ+ characters, but when their identity becomes the negative trait, I start to take issue.

The sort of representation we find in The Favourite is something which the LGBTQ+ community could do without. This is not a phenomenon exclusive to historical figures whose Queer status is in question, however. In the 2015 film The Danish Girl, which portrays real life trans woman Lile Elbe, is a prime example of this.

Though largely respectful of Lile’s identity and not a denigrating portrayal of a trans character, there are several key problems with Tom Hooper’s version of events. The film treats Lile as if her gender identity is a definitive personality trait, rather than who she is.

There is a sense that her passion for art is merely a device to assist her transition, rather than a genuine love and talent she possesses. It is the classic mistake of treating trans people as though their identity is all they are.

In addition, the film performs the classic blunder of casting a cis-gendered man in the role of a trans woman. This is problematic for two reasons. Firstly, it reinforces the sinister and harmful notion that trans people are really just cis people dressed up as their gender identity. Perhaps even worse, it serves to make representation harmful to the very community it is supposed to uplift. As happens so often, trans actors have been passed over for the role.

There will be those who call this matter trivial or who argue that all representation is a step in the right direction. I disagree. Both of the films that I mentioned above are Academy award winning. They also proved highly profitable for the studios which produced them.

Both were clearly highly popular releases. As such, it matters how they portrayed the LGBTQ+ characters because of the audience which they attract. I also believe we have a responsibility to demand more from representation that simply being present in a narrative.

This issue of representation carries through to historically fictitious characters as well. The recent BBC miniseries World on Fire succeeded on this front for me. It is not primarily focused on the story-line of its two gay characters. In spite of this, it manages to tell a nuanced and enlightening tale about Queer existence in Nazi occupied France.

To its credit, the series doesn’t shy away from the difficulties such a couple would face. However, it also makes sure to portray Paris as a sanctuary for LGBTQ+ people in an era of intolerance and fascism.

It does our community a disservice when media representation overlooks or ignores our historical struggles. Equally though, we must shine a light on the good times.

I feel that World on Fire has managed to get this balance just right. It tells a compelling and provocative story, representing the struggle while challenging the idea that tolerance is a modern invention.

It is not unreasonable to expect that the media we consume reflects the stories of our community accurately. This doesn’t mean that Queer characters must always be portrayed in a positive light. We are entitled though, to find representation which we can personally identify with.

Along this line, it is also worth considering inter-sectional communities who also fall under the LGBTQ+ umbrella. Putting content like The Favourite and The Danish Girl on a pedestal can encourage the community to facilitate its own erasure.

These stories nearly always suffer from a narrowness of focus. They tend to explore only the experience of the white and middle/upper-class. There is rarely an effort to make room for content depicting the experiences of more marginalised communities or lift up creators from these backgrounds.

However, it is not true to say that this content doesn’t exist. The 2016 film Moonlight (also Academy award winning) is inter-sectional film-making at its best.

It is not about giving inter-sectional films a free pass to success. It is about recognising excellence in this content and giving it the praise which it deserves.

Representation has come along way. The purpose of this article is not to condemn or cast out, but merely to question. If we can do more with how depict LGBTQ+ characters and themes, then we should. This means providing a platform for people and groups that have often been denied a place within the historical narrative. It is important to remember that sharing the spotlight doesn’t mean leaving others in the shadows.