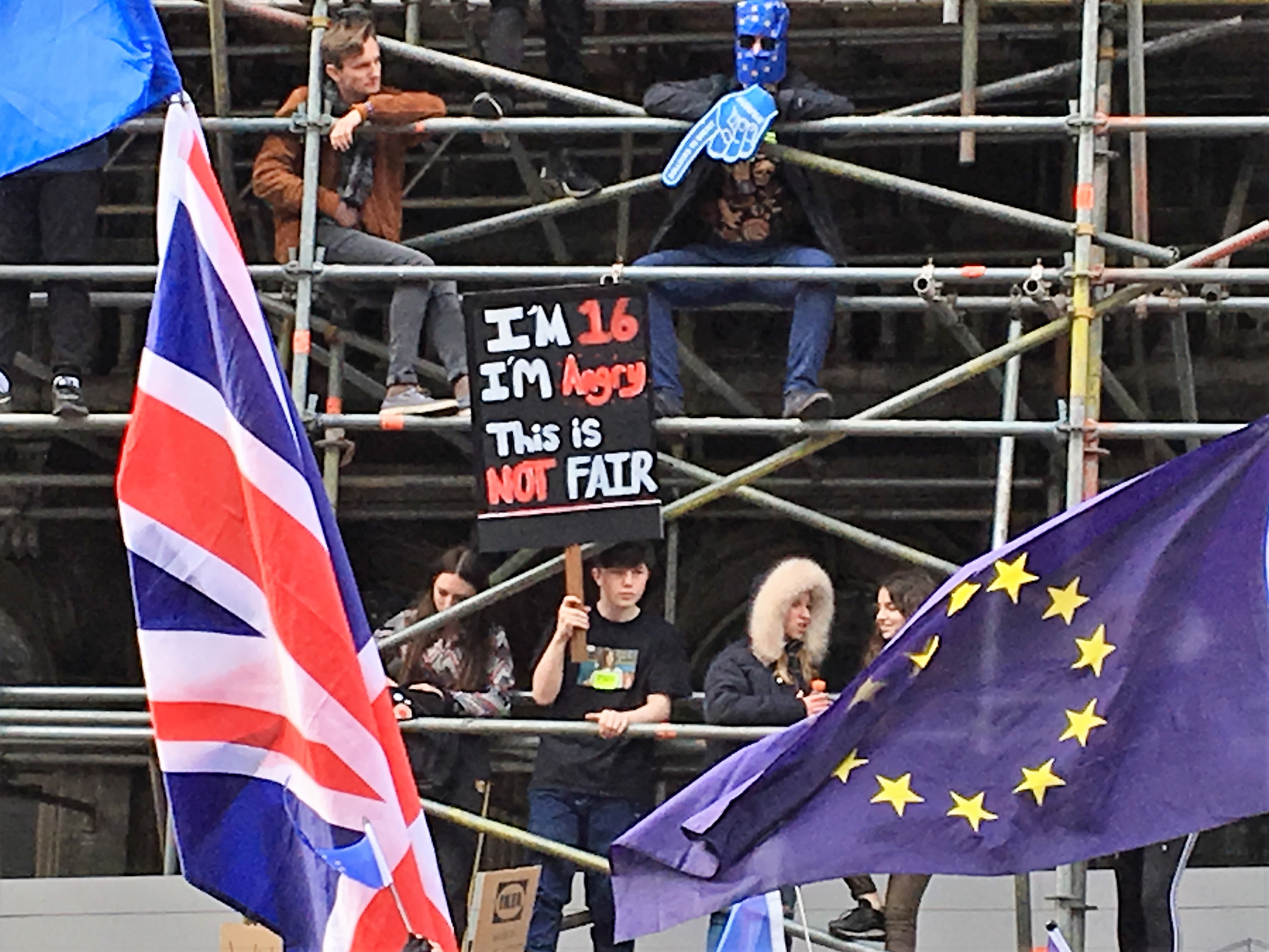 A Case Against Lowering The Voting Age

On 12 December over 46 million British citizens will be eligible to have their say on the last turbulent three and a half years of bruising, insufferable dither and delay at Westminster. I’m mainly talking Brexit terms here, but the domestic agenda, especially the zeitgeist climate issue, will play heavily on the minds of the voters processing toward the polling booth.

Unlike the ill-fated campaign launched by the-then PM, Theresa May, no sane observer can dispute the necessity of this poll. Whatever your views on Brexit, as follows on democracy, the stalemate and bombastic discord within the House of Commons, aided by the now-departed Remainer speaker Bercow, has paralysed the political and psychological health of a deeply divided nation. Conflict over politics prevails among my family at least, and I do not doubt that Brexit has splintered a few friendships or two. So yes, we consent on the need for a poll.

Don’t believe all the justification about 16-year olds needing their voices heard. The parties that support this bogus policy know that their farcical narratives of victimhood, disingenuous crusades for social justice and fantasy economics, will rack up their votes at the ballot box.

Except by upholding the legal voting age of 18, the left-liberal political circles have once more appropriated a claim to victimhood. As if they weren’t preoccupied enough with aviation odysseys in search of climate justice, their choleric tirades against people who are not ‘woke’ enough or refuse to side with the oppressed and marginalised (on their logic anyone who isn’t a straight, white male so I really should be exclaiming my mixed-race ethnicity from the rooftops!).

Let me tell you why it’s not a good idea. Firstly, don’t believe all the justification about 16-year olds needing their voices heard. The parties that support this bogus policy know that their farcical narratives of victimhood, disingenuous crusades for social justice and fantasy economics, will rack up their votes at the ballot box. It’s despicably politically opportune. In my constituency a surge in Labour support at the last election could be attributed to a wave of Roehampton students gleeful at the prospect of the abolition of tuition fees. My numeristic abilities are limited but I’m not daft enough to take that at face value. According to the preeminent Cambridge Professor of Politics David Runciman, there is a deeply embedded bias against the young in modern Britain, manifested in legal voting age, and the fact that over 75 pensioners have exclusive democratic rights even if they are severely “demented”. Now, that’s profoundly ageist (the hypocrisy of my repulsion to disingenuous social justice warriors is complete!) – my 89-year-old grandad wakes up at 3 every morning to pray and is a constant fountain of surly wisdom. Prof. Runciman suggested giving 6-year-olds the vote, which I hoped was a jest. Except it wasn’t… I’ll be on hand to set up a soft play centre at the polling booth come the next election.

Secondly, the rights young people can accrue at 16 are minimal, irrelevant and diminishing: consensual sex, leaving home but not as an independent, barred from active service in the army. At 16 you still must ask for parental consent to marry in England, Wales and NI, but not in Scotland. Who’d want to be a vicar in SNP governed Scotland? You’d be conducting so many marriages, you wouldn’t find time for a coffee. Regrettably, it was a Labour government, under Harold Wilson (shout out to Jesus College!) who permitted 18-year olds the vote, which it pains me to admit was the right decision. As the current PM’s spokesman says: “eighteen is widely recognised as the age people become an adult.” Before that age threshold, you still qualify as a minor in the foster care and criminal justice systems.

Thirdly, and possibly most important of all, 16-year-olds, as Trinity Davies from Bridgend, 16, confessed, teenagers couldn’t be taken seriously by adults. A lack of understanding and engagement in politics could see them vote for random candidates (the Monster Raving Loony Party or my dog), or just follow their Guardianista parents or lefty schoolteachers. Ms. Davies is wrong about the engagement issue, I concede. The commitment and passion of the #Fridays4Future movement, inspired by outspoken Swedish schoolgirl, Greta Thunberg, is impressive and has at least shone a light on the climate issue and the dangers of inaction by government and business. Although I do consider some of the rhetoric playing truant from school every Friday or waving placards prophesying extinction by 2025 somewhat alarmist and doomsday-esque.

And more to the point, the youth climate strikers, many of whom march for a Second Vote or that even more undemocratic idea of #RevokeArticle50, exposes their credentials as single-issue voters, viewing the world through a binary moralism of good and evil or a self-defeating, narcissistic lens of identity politics. The remainer youths clashing with the ageing Brexiteers is a narrative all too often promoted by left-wing circles, except not all old straight white men, with xenophobic and racist views voted Leave in 2016.

Today’s teens are unable to confront challenging democratic ideas and even more ill-equipped to tackle life in general; the myriad examples of no-platforming, censorship, trigger warnings and lecture walkouts provide ample evidence of this fact. The parties who support this motion seek to fly an environmental and progressive flag, but in truth it is their dire poll ratings which turn them towards the catastrophising and psychologically immature youth.