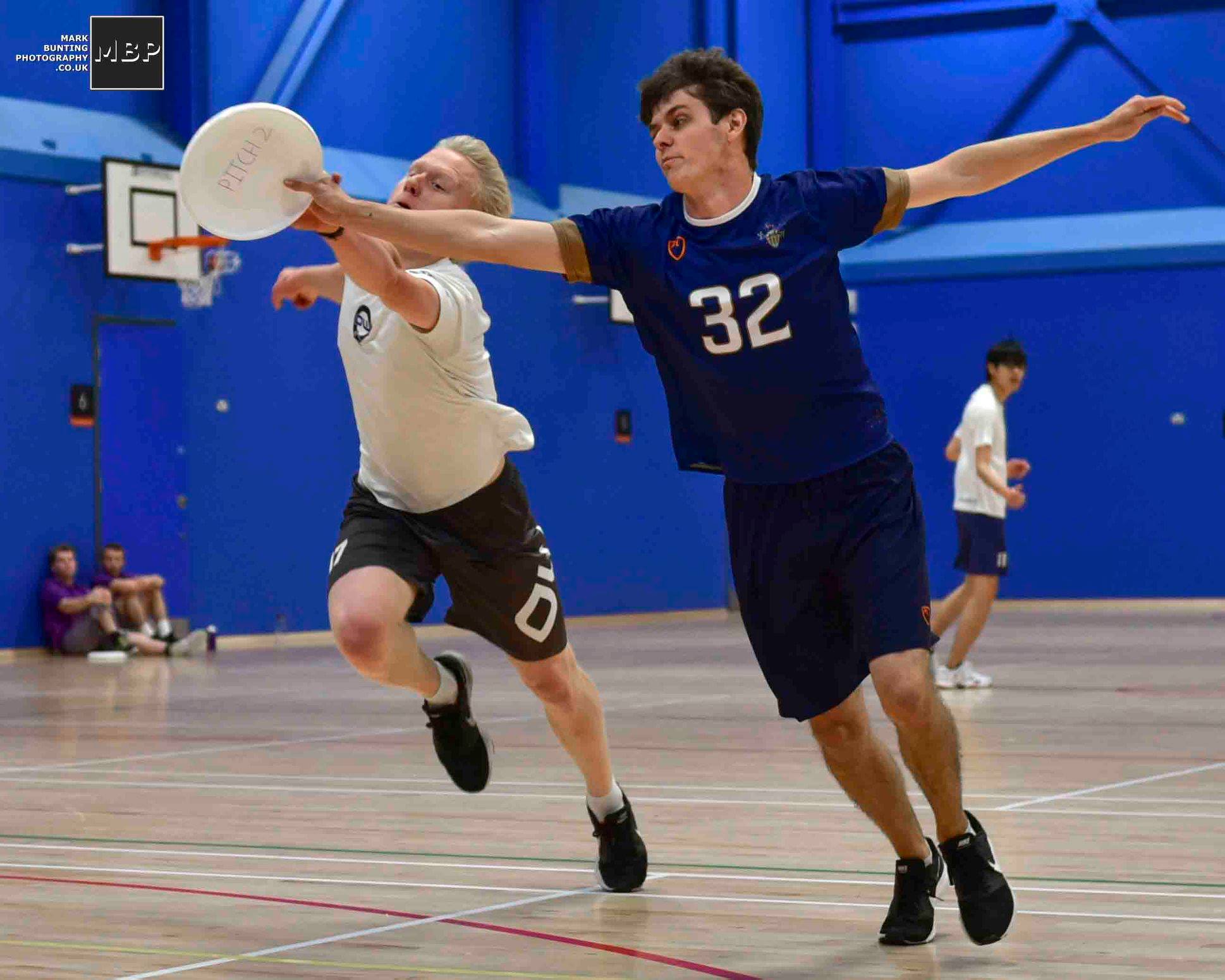 Oxford University Ultimate saw great success at the South East Regionals in Woking this weekend, with Oxford 1 getting through to Division 2 Nationals after a long fight to the top. Oxford 2 also did remarkably well, placing 6th overall and was the highest scoring second team. If you’re confused at this point as to what Ultimate is (like my former naïve self), allow me to introduce you to a world of extreme frisbee.
Ultimate has the airtime of basketball, the floor time of rugby, and the agility of football. Oh, and it’s played with a flying disc (or as we call it on the streets, a ‘frisbee’). All these aspects amazingly mix to create a simple yet fascinating and demanding game.
The game is played by two teams of seven on a field or in a hall similar in size to a football pitch. A goal is scored when you throw the disc to a member of your team standing (or more likely running) in the opposition’s “endzone”. The game is non-contact and players cannot run with the disc. Therefore, only by throwing it from player to player can a team move the disc upfield. If the disc touches the ground, or if an interception is made mid-flight, the defending team takes possession. The winner is the first team to reach a previously decided number of goals.
Despite having only two weeks to train together beforehand, the squads exercised a speedy offence and hot defence. Both teams played a total of six games over the weekend-long tournament, starting with an unfortunate loss to Chichester for Oxford 1 and Oxford 2 initially making top 4 after beating Brighton in the first game on Sunday. Oxford 1 shook off their defeat and skilfully made their way up the rankings, including besting the second team, Oxford 2 in a 10-4 win. But they were unable to finish the job as Chichester took the win for the second time in the game-to-go to Division 1 (7-5). Oxford 2 fought hard to retain its place on the upper echelons, beating Portsmouth 7-2, winning 5-3 against Kent, and a 9-2 victory against Brookes, but unfortunately was caught out by Reading in a sudden-death win that saw them just miss out on qualifying for Division 2.
The squads also came 2nd and 3rd in ‘spirit’. Spirit of the Game is an important component of Ultimate, where teams are scored after matches on things like rules knowledge and use, fouls and body contact, and positive attitude.
For anyone curious about taking up the sport, Social Secretary Phili Kent told The Oxford Student ‘Ultimate is this fantastic combination of fun and fitness, I would really recommend it to anyone looking to try something new, no experience is required and it’s pretty easy to pick up!’