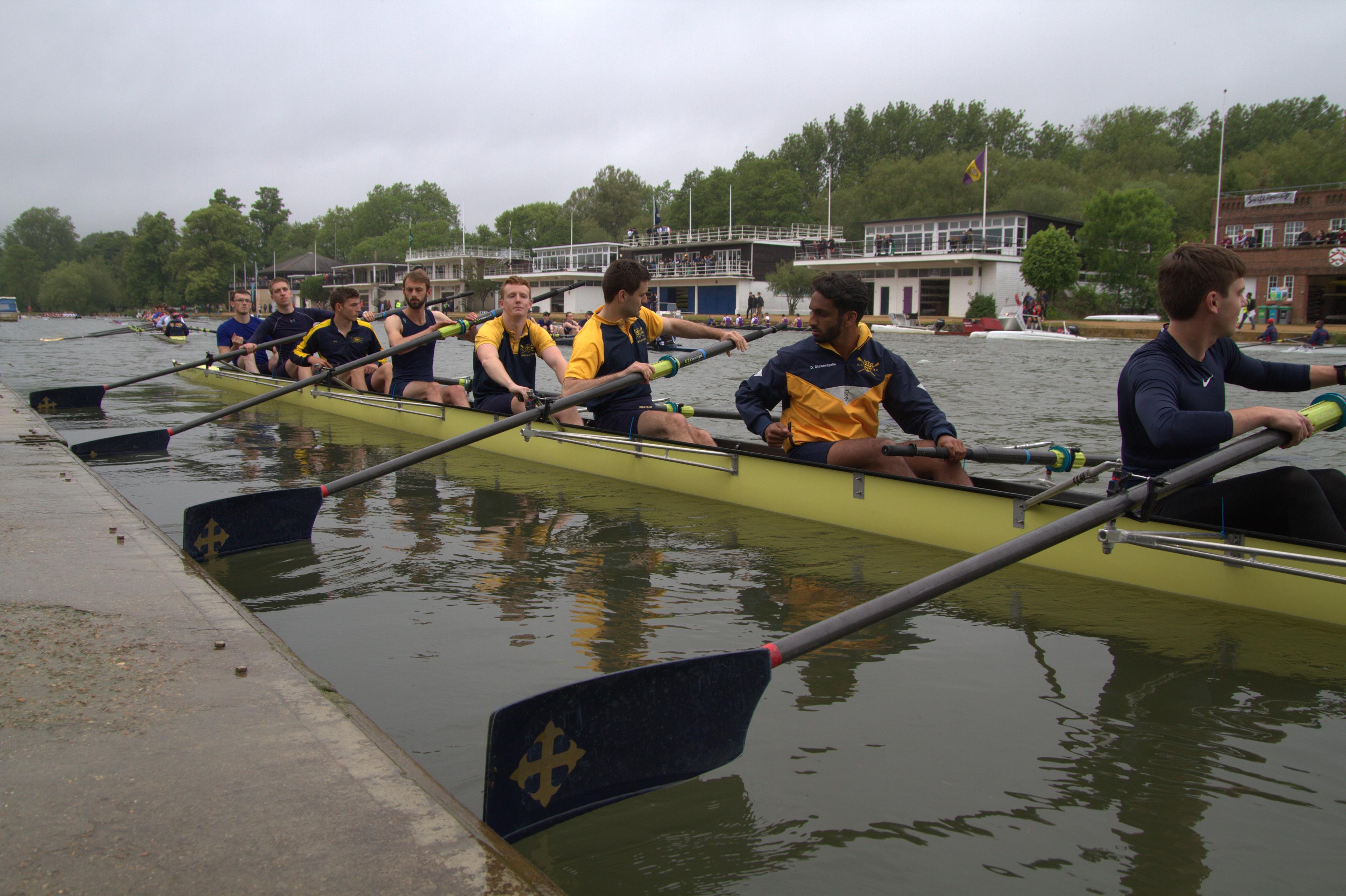 The rowers will be powering two rowing machines overnight to raise money for the charity, rotating every twenty minutes to half an hour. The challenge will start on the Saturday morning at 11 am with part of the marathon taking place on the Radcliffe Quad for supporters to gather and cheer on the club. The night-time relay will take place in the college gym.

The first fundraising campaign of this kind hosted by UCBC took place in 2013 and raised a total of £5.223.06 for Cancer Research UK and Help for Heroes. More than sixty participants from porters to the general public took on the initial challenge to raise £2000 in memory of two UCBC alumni who had sadly passed away earlier that year. A similar campaign was also organised in 2016 where a further £1,261.71 was raised for Shelter and UCBC.

This year’s initiative was suggested by the Vice President of the boat club, Hannah Farley, who was involved as Women’s Captain in organising the original 2013 rowing machine relay. The impetus came from a recent push in the UK’s rowing student community to change attitudes surrounding mental health in clubs. Keen to support the cause, a wide range of rowers and coxes will be taking part, from complete novices to seasoned seniors all smashing out the kilometres throughout the night.

Hannah told The Oxford Student, “Rowing can be quite a privileged sport, so when I suggested bringing the ergathon back at our AGM in the summer there was a lot of enthusiasm, people are aware that we’re lucky to be doing what we do and value the community that we have in the club, so it’s good to give back.”

A selection of charities that focused on mental health were discussed, including CALM, but with locality in mind, the members’ vote favoured Oxfordshire Mind.

Kathryn Pickup from Oxfordshire Mind avidly supports the campaign, saying: “We know that physical activity can make significant improvements to people’s mental health, so it’s great that the UCBC have chosen to raise awareness of this, as well as making mental wellbeing a priority for their own club. At Oxfordshire Mind, we firmly believe that everyone who experiences mental health difficulties should have somewhere to turn to for advice and support. By supporting us in this way, UCBC will ensure that we can continue to make that happen.”

Oxfordshire Mind runs local workshops and provides support for those suffering from mental health conditions which are especially prevalent in young people. The event is also supporting the Rowing Together for Healthy Minds (RTHM) initiative which was established to raise awareness about mental health in the rowing community. UCBC encourages other college boat clubs to become affiliated with RTHM stating more information on how to do so can be found on the RTHM website.