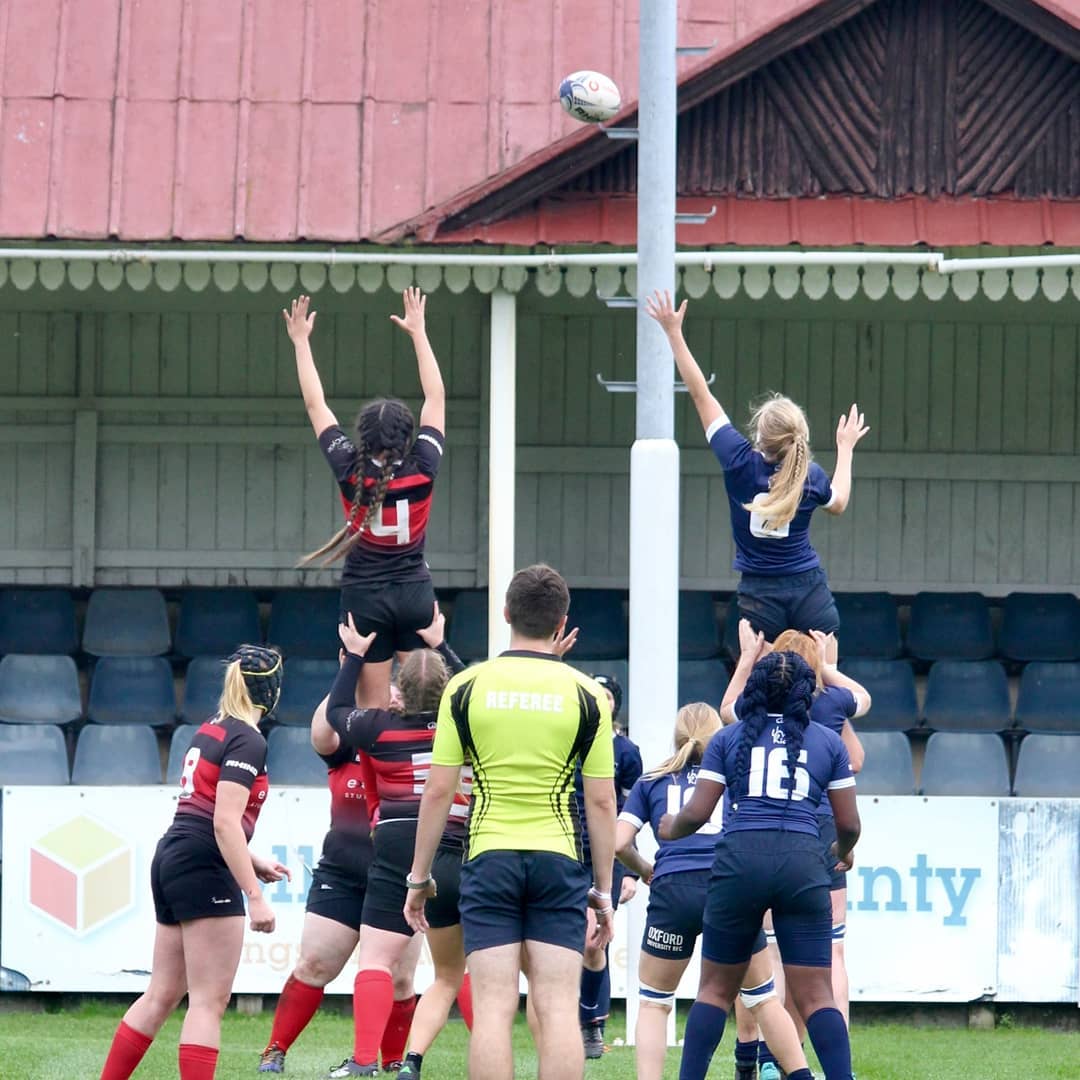 This week saw the ultimate comeback game from both women’s teams with the Blues drawing their fixture with Bristol 17-17 and the Panthers overcoming Staffordshire with a 38-27 win. On a fresh autumn afternoon at Iffley Road, the Women’s Blues welcomed Bristol University for their fourth BUCS League fixture. Having won two and lost one previously they were looking for their third win to stay near the top of the division. The first half saw the home side put in a somewhat jaded performance which saw them 17 points down after just 25 minutes, however a try on the stroke of half-time from full-back Maddie Hindson was the ‘fillip’ they needed to make into the break. Their second-half performance was much improved and they scored two tries from centres Zoe Nunn and Megan Carter, the latter converting her own try, and did not allow the visitors to cross their line in the second 40 minutes, which saw the teams tied on 17 points at full-time.

Also on Wednesday, the Panthers had another away match and made the trip up north to Stoke to face a Staffordshire University side, who unfortunately were only able to raise 12 players in opposition. Under BUCS regulations Oxford had to match their 12, despite having 20 players available themselves and a somewhat scrappy and bad-tempered affair saw the home side prevail by 38 points to 27.

Next week the Blues travel to arch-rivals Cambridge for the first of their three encounters with them this season.