Warning: mysqli_query(): (HY000/1030): Got error 28 from storage engine in /home/oxfordst/public_html/wp-includes/wp-db.php on line 2007
 F.W. Murnau’s Faust: A testament to the transcendent power of cinema – The Oxford Student
Skip to content 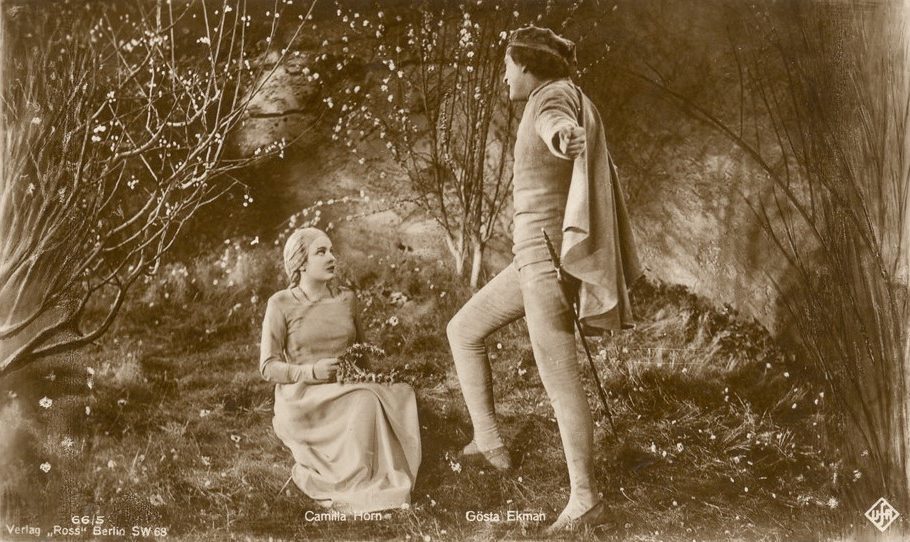 Silent films have always intimidated me. At first glance they seem outdated and inaccessible, only useful for studying a bygone era of cinema. Most people who aren’t film critics or academics struggle with the idea of watching a film which lacks one of the key elements of any modern production. For my part, I assumed that I simply wouldn’t “get it” and that these classics would have no effect on me at all. But, by the end of its opening scene, Faust won me over.

Smoke and fire dances across the screen as the devil and his demonic riders charge out into the night— if I found this image striking in 2019, I can only imagine the effect on audiences in 1926.

Upon its release, Faust was the most German expensive film ever made, but it was quickly surpassed by Fritz Lang’s Metropolis the following year. In its director’s filmography it’s often overlooked in favour of his first film, Nosferatau as well as other more famous German expressionist works. A retelling of Goethe’s classic novel about a bargain with the Devil, Faust makes use of a variety of innovative techniques to bring the story to life. As is true for many films from this period, some of the methods used to create it were invented by the director, F.W. Murnau, over the course of its production. After almost a century, the film’s effects have long been outclassed yet, much to my surprise, they still hold up.

There’s no denying that they’re dated. In the scene where Mephisto (Satan) restores Faust’s youth, the transition from the older actor to his younger counterpart is a far cry from the smooth CGI of modern cinema. But in my opinion this is part of what makes the film so charming. Not only are the practical effects used rough around the edges, they often seem to be avoiding realism entirely. Murnau makes no attempt to hide the fact that many of the sets used for the birds eye view shots of the world are models. All of the effects in Faust are unconvincing, but they’re beautifully realised and capture the imagination in a way that many modern films struggle to achieve.

Much in the same way as a theatrical production has to adapt to factors such as the distance of the audience from the stage, a silent film has to remain engaging without audio. Both mediums make use of bold visual elements to achieve this and both use sets that invite the viewer to suspend their disbelief. As a result, like many silent films, Faust has a theatrical quality. Most of the cast started their career on the stage and the lack of spoken dialogue means that the actors use exaggerated facial expressions and movement. The bold makeup and costumes are also similar to the kind found in theatre productions.

In one standout scene, Faust is about to his consummate relationship with the Duchess of Parma. Mephisto uses the fabric hanging in the room as a prop, hiding behind it to eavesdrop and using it to pull Faust aside to talk privately. As the scene draws to a close, he draws it shut like stage curtains over the image of the two lovers. The devil’s head sits above them as if he were looking down on a miniature theatre.

Perhaps also due to the limited dialogue, Faust deals more in concepts than it does in characters. The story begins with two figures an angel and Mephisto (the devil), played by Emil Jannings, making bet about whether the latter can corrupt the soul of the eldery alchemist, Faust (Gösta Ekman). As fog swirls around them, the lighting of the scene makes it clear that they represent good and evil respectively.

The other characters are all archetypes. Much like a Greek tragedy, the film is far more interested in using its characters to explore ideas about faith and morality than developing them in depth. As someone who enjoys character driven dramas this style of filmmaking didn’t appeal to me at first but the other aspects of the film where engaging enough that I was won over by the end.

One of the parts of the film that impressed me most was the sense of scale Marnau manages to create. My previous experience of silent films amounts only to a few clips from Charlie Chaplain’s work and a few other comedies. As far as I was concerned, silent films made use of small, simple sets that depicted confined spaces. In the case of Faust, I couldn’t have been more wrong. The themes are big and so are the set pieces. There’s a wonderful scene at the beginning of the where Mephisto brings the plague to the town. Emil Jannings’ Mephisto looms over the village like a giant, releasing black smoke onto its inhabitants below. Marnau then cuts to a close up of the smoke filling the city with the plague as the residents flee in terror. The grand scale of this scene and many others was something that I didn’t think was achievable for a film made in 1926.

My entire experience of Faust was surprising. I was aware that it was considered a cIassic, but I expected that I would only appreciate it on an intellectual level. Thankfully, I was proven wrong. At some points Faust was moving and at others it actually made me laugh out loud. It’s impossible to overstate how impressive it is for a film to still remain effective nearly a century after its original release. It’s a testament both to Murnau’s genius and to the transcendent power of cinema.