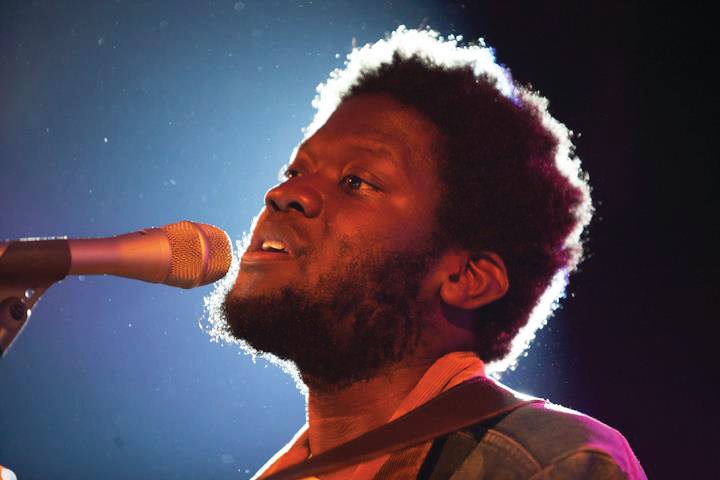 A number one album in the UK charts and numerous awards and award nominations would
appear enough to banish any musician’s notion of imposter syndrome. Yet, in an interview
with The Guardian, Michael Kiwanuka talks about how he has only just learned to discard
this feeling.

There is no sense of this self-doubt in his third solo album Kiwanuka. In the chorus of the
sumptuous opening track ‘You Ain’t the problem’, Kiwanuka asserts ‘Don’t hesitate, time
heals the pain’. Not only a sign of his apparent emotional maturity, these words also point
to this new-found assuredness and confidence in himself, his music and his ability, which is
audible throughout an album that showcases the brilliance of his songwriting, lyricism and
orchestration.

The title itself points to this personal development. Having been told by his
record label to get a stage name that would be easier for people to pronounce, the album’s
title is the most obvious two-fingers to the external and internal voices that made him
doubt himself.

The album moves him further away from the man and guitar, folky image that was
established by his early works, with heavily distorted, fuzzy guitar sounds and choral
accompaniments creating lush textures. Songs seep into each other, making the album a
coherent whole rather than just a selection of tunes. The uplifting first track segues into the
sound of laughter in Rolling, before the catchy two bar guitar riff reinforces the cheery
mood of the opening.

A sonic boom that echoes and drifts away marks the change of pace
with the third track ‘I’ve been dazed’, which, through its languid vocal line that hovers over
an intensifying accompaniment of atmospheric strings that swirl away into nothingness,
creates a convincingly spaced out atmosphere. Ominous synthesised bass notes seem a
strange introduction to the ballad ‘Piano Joint (This Kind of Love), but this cathartic release
of tension paves the way for the stirringly simple piano motif that provides space for the
tenderness of the lyrics to be foregrounded.

‘Hard to Say Goodbye’ encapsulates the attention to detail and inventiveness characteristic
of this album, where extra musical details add to rather than distract from the message in
the songs. Ethereal chords twinkle over what sounds like that breathy shhh noise you get
when playing an old LP. Grand backing vocals, much like those on Kamasi Washington’s The
Epic, enhance this dreamlike vision of a bygone age, before the sound of bird song brings
you back to earth, thus sonically melding the real and the imagined, the old and the new
before Kiwanuka has sung a word.

Searing strings add to the reflective nature of the song,
though this is perhaps a slightly overused technique throughout the album. But what’s
wrong with a beat of cheesiness? The variety of moods and discussion topics across the
album’s 51 minutes – including personal insecurities, relationships, racial discrimination and
violence – might even justify this consistently returning soundscape.
Kiwanuka feels like a daring bringing together of everything that an artist dreamed of doing.

It would be easy for this to sound exactly like that – a mish mash of lyrical themes and sonic ideas. Far from it. Instead, Michael Kiwanuka holds your hand through this journey,
confidently guiding you through this tour de force of his musicianship.