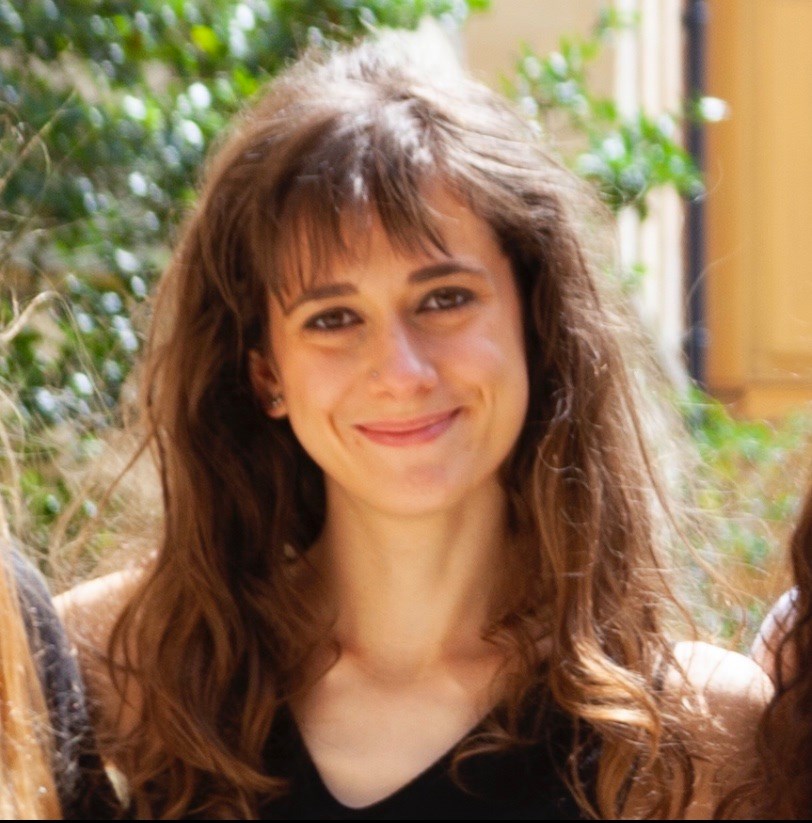 Róisín McCallion is the VP Welfare and Equal Opportunities at the Oxford Student Union where she works following the completion of her undergraduate degree in French and German at Merton. Róisín’s name has been hauled through national newspapers recently due to her involvement in passing the motion to promote BSL applause in SU events. Before I spoke to Róisín I also fell into the trap of paying closer attention to the media coverage of the motion rather than the motion itself. This was one of the reasons that I wanted to talk to Róisín about the motion, to get to the roots of what it’s actually about.

I know there’s been a lot of confusion both within and outside of the university regarding the actual intentions of the motion, would you mind clarifying these and the process of passing it please?

So the motion was put forwards with the aim of encouraging the use of British Sign Language (BSL) clapping, which is colloquially known as ‘jazz hands’, during Oxford Student Union democratic events to make them more accessible and inclusive. The motion was first brought to me by DisCam last year with my predecessor Ellie McDonald seconding it, but the meeting didn’t reach quorum so the vote couldn’t go through so the DiscCam chair approached me at the beginning of this term and asked if I would be happy to second in Ellie’s place because obviously she’s gone now. At the meeting it then passed with 76% of the vote, just as if any other motion is put forward. It was brought forward because numerous students had highlighted to DisCam that the frequent loud clapping that has previously occurred in council has made it difficult for them to attend or prohibited them from attending completely. Students raising concerns included those with hearing aids because it can give feedback meaning that they may not hear what happens directly after the clapping, also students with neurodiversity issues faced problems, the motion was really aiming to address those issues. It is intended to encouraged BSL at democratic events, so events that members are invited to participate in decision making, these actually make up a very small proportion of events put on and the motion has just been passed for those really. My view is that in a democratic space it is really important that things are brought and debated by members, that really is the purpose of council, inclusivity is one of our founding principles and we recognise that minority groups, including disabled people, are often underrepresented in political environments. This is not just within the university, but also on an international scale. This motion is one way of encouraging that and allowing disabled students to partake in student politics and democracy.

Inclusivity is one of our founding principles and we recognise that minority groups, including disabled people, are often underrepresented in political environments

Would you suggest that JCRs go forward and implement this?

Obviously I have no power over JCRs. Is it vital that JCRs implement this? No. Is it a good thing to do it to make your democratic events more inclusive? Absolutely. That’s why I support it because ultimately if we can be a little bit more inclusive, and it’s no real burden to anyone, then why wouldn’t we do it?

What’s been the general response across the university toward this motion?

So it’s been largely positive from disabled students across the university, for example some who are deaf or autistic and are pleased to feel more included in democratic processes. Other students have been quite confused about what it means and ask for clarification largely due to misreporting in national press. Hopefully things I’ve said above will give a little more clarity to that. As with most student council motions, until the Daily Mail grabbed hold of it people weren’t particularly fussed by it and the people that it affected came forward to say thank you positively and that was the aim. There was debate in council and obviously 24% voted against it but 76% voted for it and I have to say that beyond the debate we’ve had in council I’ve not had anyone come to me directly to talk about it.

Why do you think it’s particularly this motion that’s been taken up by the newspapers?

I think that the ‘snowflake’ dialogue is used to sell papers and the idea that university students are ‘snowflakes’ is a big ongoing media debate. People just like to blow things out of proportion and it’s clickbait basically. To say that we’ve banned clapping is sensationalism that lets you think that dialogue of ‘snowflake’ students; privileged, too sensitive, when realistically when you look down to the bones of the motion it’s not what’s going on. Also, I think that the term is largely used to silence fights for equality on whatever level, according to certain media outlets everyone is a ‘snowflake’, I would say that I take it almost as a compliment. Some of the movements that are making the biggest impact, like the climate action for schools strike, people are calling that ‘are snowflakes getting upset’ but actually it’s people making direct change in a fight for equality and liberation. Although you have to deal with people turning around and calling you a ‘snowflake’ to distract from the inequality that’s going on, it’s still worth doing it.

If we can be a little bit more inclusive, and it’s no real burden to anyone, then why wouldn’t we do it?

Although this will be beneficial to many members of the university, it also runs the risk of excluding others, such as students with sight impairments. How do you justify benefiting some students at the cost of disadvantaging others?

The motion was actually written in consultation with visually impaired students. A visually impaired member of the DisCam committee told me that as one of the wider members of the disabled community it’s important to consider the needs of everyone, not just those with our own disabilities, hence why their council was fully in favour of it. DisCam did see this as a potential issue which is why so many students with various degrees of visual impairment were consulted before the motion even being put forward, which they involved me in prior to seconding it, otherwise of course I wouldn’t have. As they can’t consult everyone they made it very clear that the motion could be altered, for example, the motion does not forbid clapping, it’s simply to promote BSL clapping with the aim of reducing noise levels. If visually impaired students reported not feeling included then there were ways put forward to help this, for example the Chair using conventional clapping and the other students BSL. I also think it’s really important to note, and this was raised to me by the visually impaired person on the DisCam committee, a lack of audible clapping does not prevent a visually impaired person’s involvement in council in the same way that a lack of BSL clapping does not necessarily exclude a deaf person. Clapping and applause isn’t an essential part of the experience, the timing of applause can be inferred from quietness, and it’s also worth noting that a room full of people engaging in BSL applause isn’t totally silent anyway. For some people with sensory process difficulties frequent and loud clapping makes it impossible to attend the event at all, so they are excluded, and the aim of the motion is to maximise possible attendance for as wide a proportion of the disabled community as possible.

Clapping and applause isn’t an essential part of the experience.

I have noticed that there has been mocking of the ’jazz hands’ motion in the media, do you think this shows a general insensitivity and ignorance towards BSL?

Yes, I do, and I think that the explanation and intention of this motion has been so misrepresented in the media that it has led to the use of terms such as ‘snowflakes’, showing the amount of intolerance and that it’s worth looking at the kind of stick that disabled people come under. A statement that came from a conversation with DisCam that really stuck with me is that people in our society, especially disabled people, have a real range of needs, and these might seem confusing to us when they’re different to our own but ultimately when we can choose to be inclusive with no expense to ourselves then why wouldn’t you be? I think it goes beyond the motion, I think it’s just showing that kindness can go a long way and that we need more of it. I think it addresses the wider problem that we’re all too quick to slam people rather than just considering that they’re being kind. The motion has no effect on Piers Morgan so why is it something that people have to get into? It just seems that they’re trying to promote intolerance.