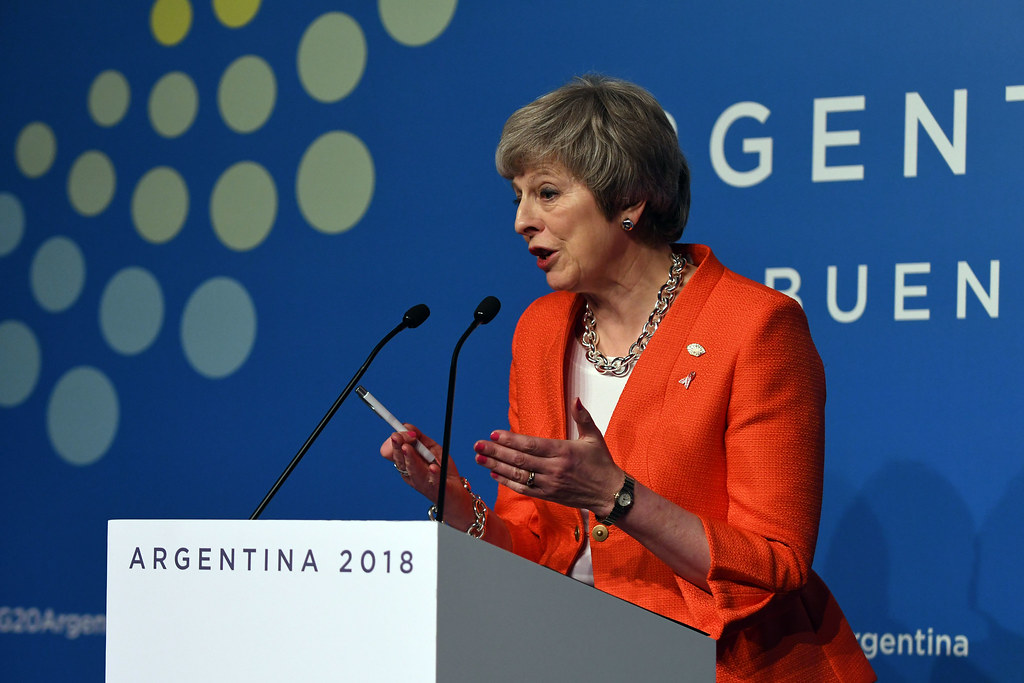 On 15th November, Theresa May spoke at the Union after much anticipation within the Oxford community. Rumours of her appearance had been circulating throughout Michaelmas term, and was confirmed well ahead of the event itself. May resigned as Prime Minister on 24th July this year, but her political legacy, primarily involving matters of Brexit, ensured her presence at the Union was exceptionally well-attended and anticipated. May was herself an Oxford University student, having attended St Hugh’s college.

Students arrived over two hours before May began to speak, with protests against the Union’s ex-president, Brendan McGrath also occurring simultaneously outside of the union. An anonymous student comments:

‘The atmosphere was electric and I am glad that during the queue, awareness was raised regarding the suspension of Ebenezer Azamati with the protests. Theresa May herself was actually a disappointing speaker and not worth the hype. She avoided direct answers very frequently, and often offered answers that for me were of little interesting substance. However, it was an iconic union event, and I do not regret attending’.