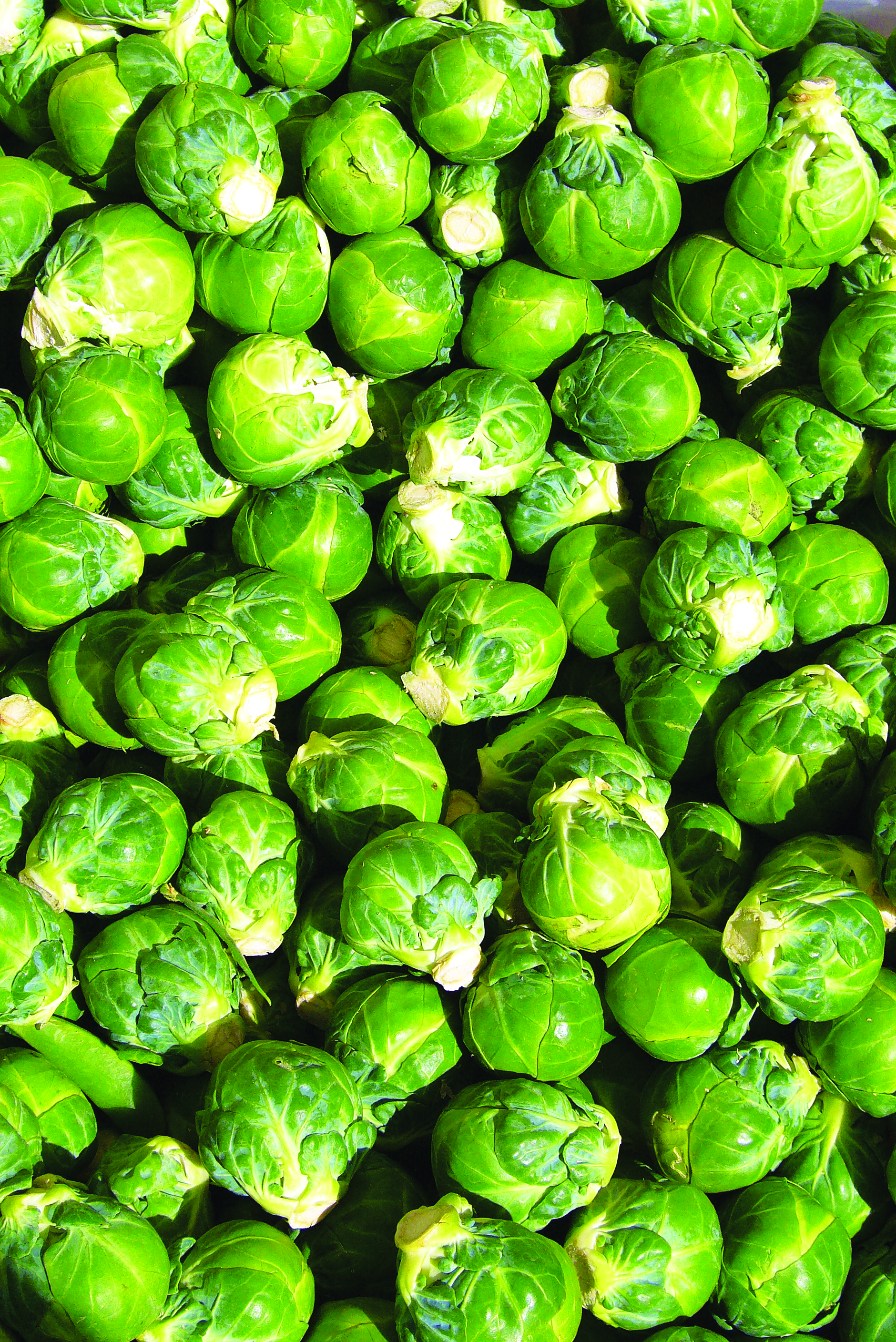 Brussels sprouts are the same species as cabbage, cauliflower, kale, broccoli and kohlrabi (among others). They are all different parts of the wild cabbage (Brassica oleracea) plant, which have been selectively bred for different exaggerated traits.

Brussels sprouts are the bud. Cabbage and kale are both leaves, but cabbage leaves are more densely packed than kale leaves. Broccoli is the flowering head and edible stem, while kohlrabi is the roots.

Brussels sprouts were ‘invented’ by the Romans and refined by the Belgians. Wild cabbage originates from the Mediterranean basin and modern-day Turkey. It was then cultivated into its many forms by the Romans.

But Brussels sprouts as we know them today originate from Brussels in Belgium, where they have been grown since the 1200s.

The heaviest recorded Brussels sprout was 8.3 kg. This massive sprout was grown in Llanharry, Wales in 1992 by Bernard Lavery.

The record for the most number of Brussels sprouts eaten in one minute is 31. This record is held by Linus Urbanec from Sweden.

Brussels sprouts grown in the UK are threatened by 46 different pests, including caterpillars, aphids, and various diseases. Hence, organic sprouts are hard to find.

Brussel sprouts can power batteries. In 2013, a battery made of 1000 sprouts generated 63 volts, which were used to light up an eight-foot Christmas tree in Southbank, London.

Brussels sprouts are good for you. They’re packed with dietary fibre, and many vitamins and minerals, as well as a high amount of protein.

They also contains large amounts of antioxidants, which are believed to have anti-cancer properties by neutralising cancer-causing free oxygen radicals.

A serving of sprouts has more vitamin C, 75 mg, than an orange, which has 51 mg!

But you should eat them raw. Boiling your sprouts can cause the loss of those vitamins and antioxidants.

However, if raw sprouts aren’t for you, steaming for 20 minutes or microwaving for 3 minutes should keep in most of those nutrients.

The funky smell when sprouts are cooked is due to the high levels of the sulfur-containing compounds called glucosinolates.