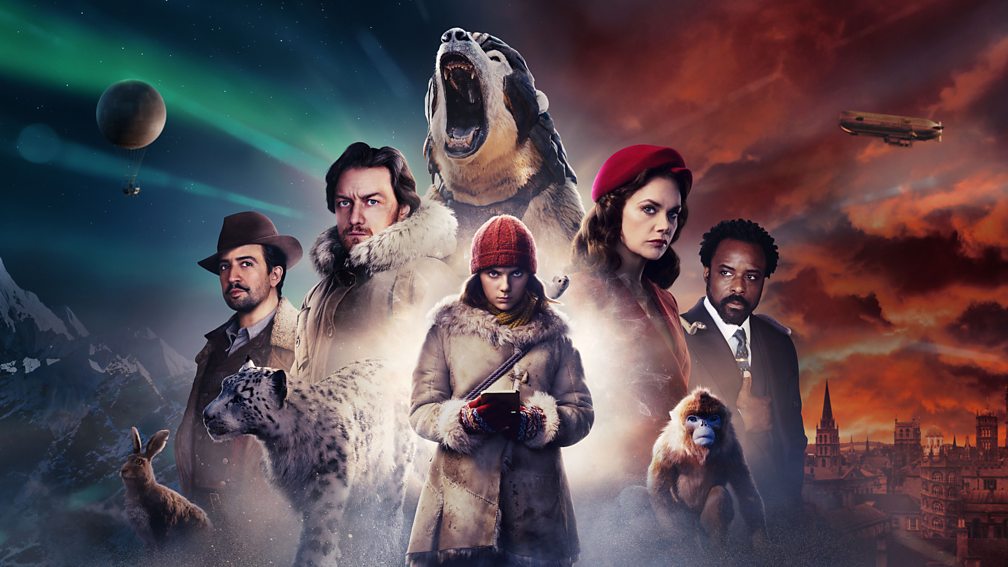 In just a couple of years, I’ve seen a lot of TV shows and movies use the cobbled streets of Oxford as their backdrops. From Tolkien, to Killing Eve, to The Discovery of Witches, I’ve weaved my way through film crews, knowing that I could later annoy relatives by pointing to the screen and going “Look! That’s my college!” But I’ve never been as excited for a TV show set in Oxford as I was for the new BBC and HBO series, His Dark Materials.

The show is the most recent adaptation of Philip Pullman’s fantasy trilogy. It follows Lyra, a 12-year-old orphan who grew up in an alternative version of Oxford, as she travels to the North to rescue her friend Roger. Along the way, she becomes entangled in mystery, magic and conspiracy. By her side is Pantalaimon, her dæmon; a physical manifestation of a person’s soul which can shape-shift as a child but takes on a final animal form as an adult.

As a life-long fan of the books, I had high hopes for the new TV show. But I was apprehensive as well: the 2007 movie The Golden Compass was a flop. Many fans and critics weren’t sure if it was able to capture the magic, adventure, and complexity of Pullman’s fictional universe in the series.

However, the first episode of  proved that fear wrong. The opening episode of the £50 million drama promises an exciting and beautiful series which will be able to capture the scope and imagination of the books. The show is visually stunning, creating an old-fashioned Oxford where the skies are filled with steampunk airships.

Sweeping shots of gleaming spires would manage to inspire a grudging bit of university pride in even the most cynical student. Watching Lyra and her friend Roger sprint across the rooftops, through courtyards, and down into the hidden catacombs of the fictional Jordan College, makes me want to re-explore all the beautiful parts of the city that we take for granted.

Another important visual aspect was the dæmons which were all VFX creations. For the most part, the CGI is impressive. The dæmons are realistic and the actors’ interactions with them help to make them come alive. However, their appearances are limited – they only appear when mentioned which slightly lessens the strangeness and importance of the dæmons in Pullman’s doubly-populated world.

Daphne Keen shines as the protagonist, Lyra Belaqua, managing to capture her quick wit and scrappy personality. In fact, all the young actors deliver solid performances, with Kit Connors voicing dæmon Pantalaimon and Lewin Lloyd bringing a charm to the character of Roger which didn’t exist in the book. Ruth Wilson gives a powerful performance as the enigmatic Mrs. Coulter – both charming and intimidating in equal amounts. Anne-Marie Duff cuts a strong and sympathetic figure as Ma Costa, and the rest of the cast carries the first episode well, though James McAvoy’s Lord Asriel seems more manic than commanding.

There were certainly moments which fell flat, especially to anyone who has been a long-time fan. In the book, the mysterious, child-snatching ‘gobblers’ are an ominous presence and it’s not clear if they’re imagined or real: but the show fails to capture that threatening feeling.

It also occasionally slips into cheesy fantasy clichés. The words ‘destiny’ and ‘prophecy’ float on the screen at the beginning of the episode and characters remind us too often that Lyra is “special”. However, the first episode clearly shows us that the series isn’t shying away from the challenging themes of theological morals, power, and the philosophy of growing up.

As a fan, I’m delighted! This adaption recreates the child-like joy that I felt when I first read the books, and I can’t wait to relive the adventure over the next eight weeks. As an Oxford student, I love the chance that this series gives me to see the city differently. Next time I’m traipsing through Exeter’s quad to the library I’ll remember that it was the inspiration for the more magical Jordan College. For anyone new to the series, I’m sure it will entrance them too.