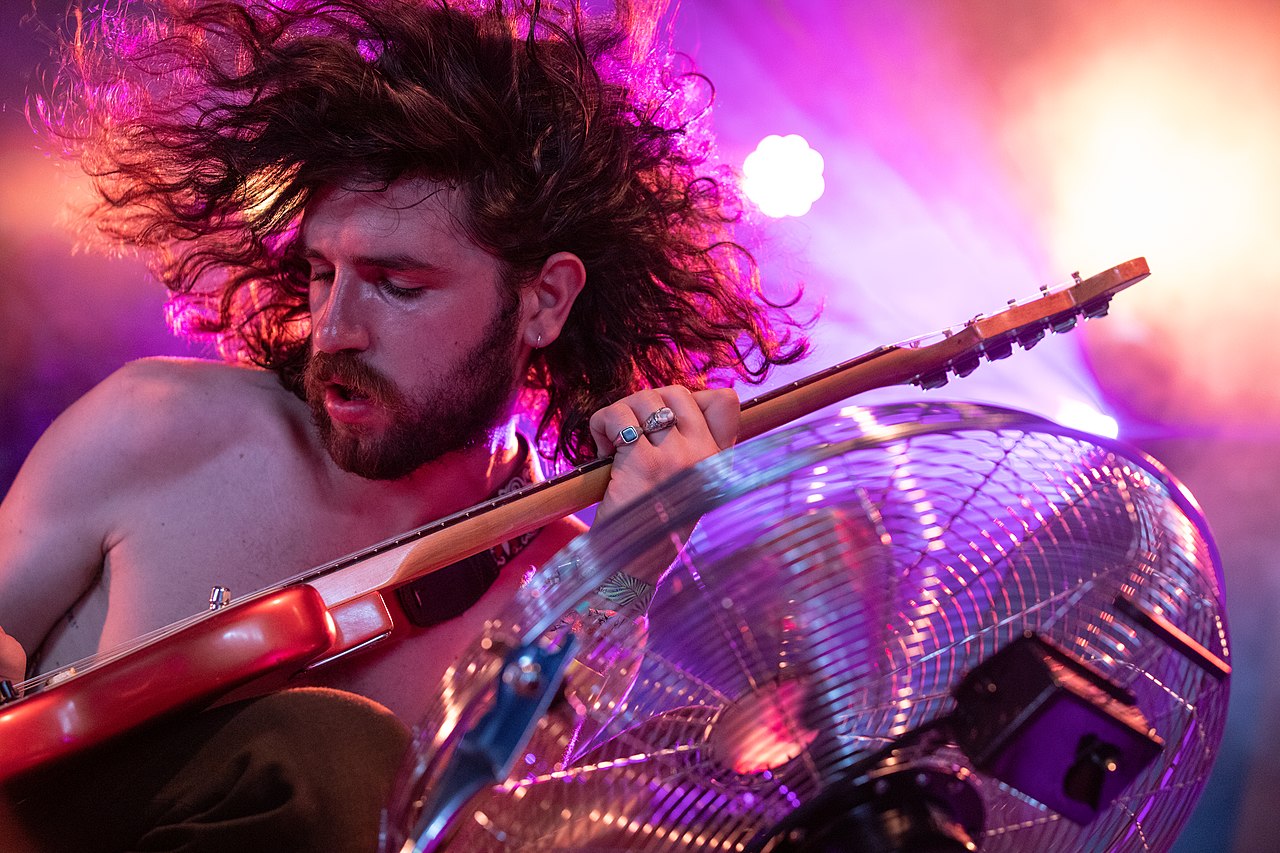 Fontaines D.C., to put it lightly, have had a dramatic year. Touring their Mercury Prize-nominated debut album ‘Dogrel’ across fifty different cities throughout Britain, Europe and North America, the band have truly charged into the post-punk scene.

Yet, at the height of Summer, Ireland’s biggest band made the ‘difficult’ decision to cancel a string of upcoming international shows, including a set at Oxfordshire’s very own Truck Festival.

With the onset of the Dogrel UK tour, therefore, all eyes have been on Fontaines, their show in Oxford this Tuesday being no exception. A diverse range of gig-goers had packed out the O2, old punks mingling with younger enthusiasts of the recent wave of new post-punk.

The tone had been set by the support, Warm Drag, whose intense, electronic noise rock assaulted an eager audience.

Suddenly, Fontaines D.C. march out to begin the opening bars of their second single ‘Hurricane Laughter’, the audience’s excitement being drawn on by the band, with each member intensely focussed on playing his instrument as hard as possible.

Frontman Grian Chatten joins in, assaulting the mic stand by smashing it into the stage floor, launching into the first line of a track with a title that neatly sums up the band’s music.

This is followed up with the dark, moody soundscapes of ‘Chequeless Reckless’ and ‘The Lotts’, which interweave guitar lines that sit on chunky bass lines and pounding drums.

The audience respond well, and excited moshing breaks out with the frenetic ‘Sha Sha Sha’ and new track ‘Lucid Dreams’, as a driving rhythm arrangement builds the audience up before breaking them (and the music) down with numerous instrumental sections. Chatten stares into the audience, daring them to riot.

After an intense rendition of ‘Television Screens’ and another new song, ‘Televised Mind’, calm descends with a passionate rendition of ‘Roy’s Tune’.

Barely suppressed energy once gain explodes with ‘Too Real’, where the guitarist woos the crowd by using his beer bottle to play slide guitar (no, he was not sponsored) and Chatten grips the mic to unleash his carefully crafted lyrics.

The fever pitch of the concert is an exciting rendition of fan-favourite ‘Boys in the Better Land’, which inspires most of the crowd (including this hungover reviewer) to jump into an extremely good natured mosh, bringing together those of all genders and ages. With a contemplative breather in the form of ‘Dublin City Sky’, the sucker-punch of ‘Big’ ends the show on an energetic note.

The band each lean over the barrier to thank the crowd, and Chatten says the only four words he was to utter the entire show – ‘thank you very much’.

Fontaines D.C. are unique in having taken time off to take care of themselves and develop a sustainable approach to touring. This is reflected in their well-crafted showmanship displayed at the O2 this week, which helped them reinforce both their message of unpretentious togetherness and their reflections on topics such as identity, youth and purpose.