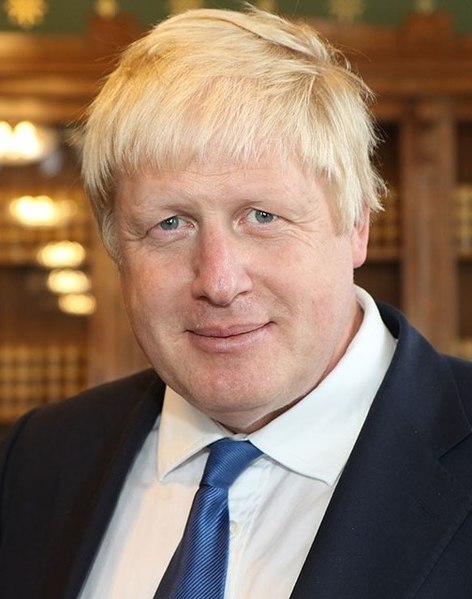 Why you should vote Conservative

The United Kingdom is currently experiencing a crisis of faith in democracy. Polling reveals deep-seated dissatisfaction with the leaders currently heading the main political parties and this year insurgent populism in the form of the Brexit Party briefly stormed to a lead in the polls. Three and a half years ago the United Kingdom voted to leave the European Union, a decision that I strongly disagreed with, as will have most readers of this newspaper. In 2017 both major parties pledged to honour that decision, making crystal clear to the people who voted in the referendum that their decision would be respected. A decision to now ignore the result of the Brexit referendum would be catastrophic for British democracy.

The United Kingdom now stands at a crossroads, faced with a clear choice between two parties fundamentally at odds on the most important issue of the day: one that would overturn the result of the largest democratic event in British history and one that would respect it. The position of Labour is to put a second referendum to the British people, asking them to choose between a ‘credible Leave option’ and Remain. In truth, this is a false choice. The ‘credible Leave option’ that Labour would seek to negotiate is in fact not a Leave option at all. Labour’s deal would see Britain committing to a customs union and freedom of movement. On the most important issues for those who voted Leave, control over trade policy and immigration, this deal would be indistinguishable from Remain. Like many others who supported the Remain campaign in 2016, I believe strongly that both a customs union and freedom of movement would benefit our country. However, the arguments for such policies have already been made, and they were rejected by the electorate. It is our duty as democrats to listen to the British people, not to present them with a disingenuous claim to “respect” their decision. Labour’s campaign for a second referendum is Revoke in all but name. Put simply, a Labour victory in December would mean a casual rejection of the democratic decision of 2016. It is difficult to imagine justifying this to someone who voted Leave.

A decision to now ignore the result of the Brexit referendum would be catastrophic for British democracy.

The Conservative party is the only party that can enter government without precipitating a catastrophic and permanent loss of faith in British democracy. It is the only party with a credible plan for delivering Brexit. The Conservative party is united behind a Brexit deal acceptable to those who voted Leave in 2016 and that is supported by every one of the 635 Conservative candidates running to be conservative MPs. Readers of this newspaper will have often heard Boris Johnson’s Brexit deal described as ‘oven-ready’ or ‘just add water’. While by December 12th we will surely be entirely fed-up with hearing about the need to ‘slam it in the microwave’ we should not forget that such descriptions are true. The Conservative party has in-hand a resolution to the Brexit problem, a deal to which the European Union has already agreed to, a deal to which every single Conservative candidate has already agreed to, a deal which Leave voters feel delivers on their vote, and which Remain voters can know safeguards our democracy.

The Conservative Party offers more than just a solution to Brexit, it offers a hopeful vision for Britain in the best tradition of One-Nation Conservatism. Over the last ten years, the Conservative party has reduced tax burdens across Britain and particularly those on the poorest, almost doubling the tax-free allowance from £6,475 to £12,500, letting those on low incomes keep more of the money that they earn. It was a Conservative government that led the way in securing equal marriage, that has continuously increased the minimum wage to help those in low-income jobs, and that has implemented jobs-friendly policies to get employment to the joint-highest rate since records began. Labour’s intention to tackle issues such as inequality, homelessness, and the climate emergency is laudable, but for all of its good intentions, a Labour government would fail to deliver. Economically illiterate schemes such as a four-day working week, or the confiscation of £300bn of private money through the seizure of 10% of thousands of British companies, would shatter the economic foundations of our country and prevent progress from being made. For all of his flaws, and there are many, Boris Johnson’s record is clear. He is a One-Nation Conservative, advocating for improved public services and a dynamic, free-market economy. Johnson’s government would spend £100bn in capital investment across Britain in infrastructure, regional reinvigoration, and green technology while maintaining the Conservative reputation for fiscal responsibility. This is no longer the party of austerity, but of pragmatic investment. Boris Johnson led Conservative support for equal marriage and is an ardent proponent of a liberal migration policy. The Conservatives are now a party led by their moderate, liberal One-Nation wing.

The Conservative Party offers more than just a solution to Brexit, it offers a hopeful vision for Britain in the best tradition of One-Nation Conservatism.

In December, voters will have a choice between not just two men but two parties. On the one hand, a Labour party whose leadership is fatally split on Brexit, offering a false choice in a second referendum. On the other, a One-Nation Conservative party united behind a deal that both Leavers and Remainers recognize as respecting the 2016 referendum result. A vote for the Conservative party is a vote to end the tortuous process of Brexit and to restore faith in our democracy.