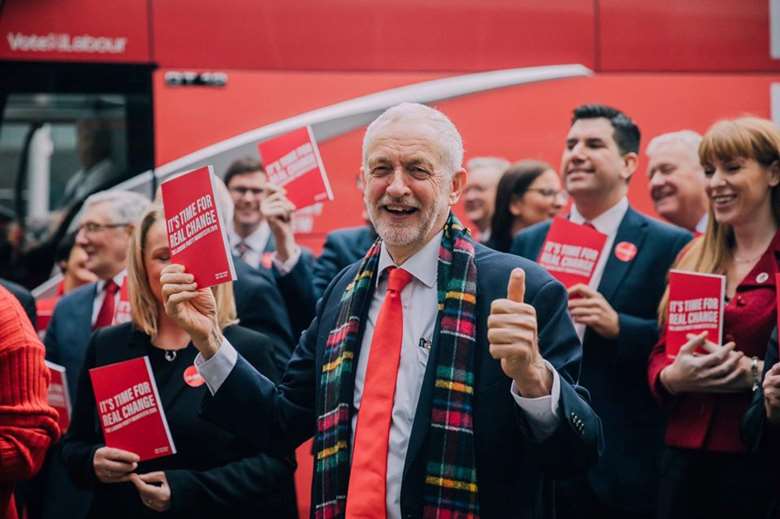 The United Kingdom is breaking. That, I trust, is not controversial. Visit one of our underfunded, understaffed hospitals, which are managing the worst A&E waiting times on record, and tell me that our NHS is working. Talk to one of the more-than-a-million households who don’t receive their full Universal Credit entitlement, or the 4.1 million children living in poverty, and tell me that our welfare system is working. Listen to the Committee on Climate Change reporting that two-thirds of potential emissions reductions from current policies are at risk of under-delivery, and tell me that our solutions to climate change are working. Look at our political discourse – online trolling, communities polarised on Brexit, MPs stepping down because of abuse – and tell me that our democracy is working.

The United Kingdom is breaking. That, I trust, is not controversial.

We cannot risk another five years of Conservative recklessness, of ignoring underlying problems with our economy, of pretending to listen to the poorest in our society.

Boris Johnson’s Conservative Party have also tried to offer answers. But these have, in typical Boris Johnson fashion, turned out to be misleading and inadequate. His “40 new hospitals” promise has turned out to be mere upgrades to 6 hospitals; and official documents have shown that the US is pushing for market access to the NHS in trade talks, contradicting the Government. The pledge for 20,000 ‘more’ police on the streets, even if fulfilled, wouldn’t even bring us back to the level we were at before the Conservatives took control in 2010. And the idea that the Tories will simply “get Brexit done” is fantasy – with years of difficult and secretive negotiation lying ahead. We cannot risk another five years of Conservative recklessness, of ignoring underlying problems with our economy, of pretending to listen to the poorest in our society.

Jeremy Corbyn is far from perfect. As a matter of fact, his ability to provide bold solutions for our country’s problems has not been matched by success in driving antisemitism out of the Labour movement. This failure has also been a failure of the Party as a whole; it is right that we accept that, and apologise for it. It is not for me to assert whether the issue has been better articulated by the Chief Rabbi or by Lord Dubs: but what is absolutely clear is that the Party leadership has not been good enough.

Unfortunately, your vote in this election cannot be given to a perfect candidate. No such candidate is standing. Neglecting to vote for one outcome necessarily makes the alternative more likely – in a democracy, there is no escaping our responsibility to choose the country’s future, however imperfect the choices we face. I do not believe that we can trust the Conservatives to protect minorities. From the blatant Islamophobia which Baroness Warsi has been highlighting for years, to off-hand racist and homophobic comments which Johnson has refused to apologise for, to dog-whistle Tory immigration policy that tears apart communities.