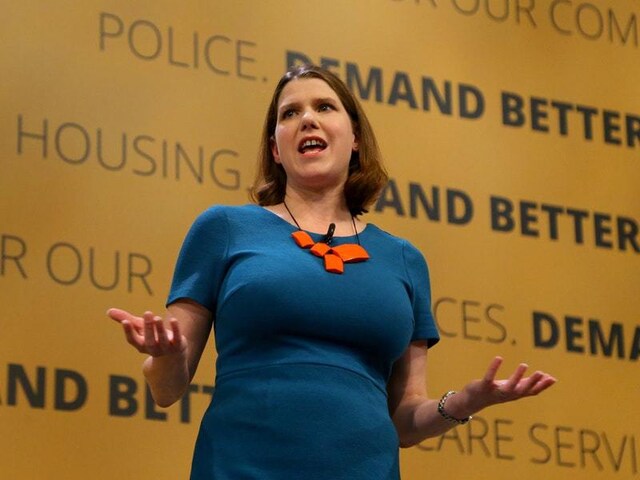 Why you should vote Lib Dem

This general election is about three issues which will define our generation. We are faced with a global climate crisis that requires urgent action and leadership. We are on the brink of a Brexit which will damage the poorest and threatens the very existence of the United Kingdom. We find British politics in regression as too many choose to look backwards rather than forwards. A vote for the Liberal Democrats is a clear unequivocal statement to lead on the climate crisis, to stop Brexit and to forge a path towards a modern, progressive and open Britain with an economy and a politics fit for the 21st century.

The Liberal Democrats have the ambition and, crucially, the expertise to tackle the global climate crisis. They have the best record of any UK political party in increasing renewable energy usage in government through radical market intervention. Liberals would further these achievements by ensuring 80% of electricity is renewable by 2030 and implement a decade long emergency program to reduce energy consumption. It is vital to support a party with a real record of ambition and success in government on protecting the climate.

A vote for the Liberal Democrats is a clear unequivocal statement to lead on the climate crisis, to stop Brexit and to forge a path towards a modern, progressive and open Britain with an economy and a politics fit for the 21st century.

Britain should be prepared to lead the world in tackling climate change. But to do this, we need to be credible and strong on the international stage. Leaving the European Union will make Britain poorer and diminish our voice and influence globally. The Liberal Democrats would seek to revoke Article 50 to cancel Brexit. If this isn’t possible, they will negotiate with other parties for a people’s vote in which they would unequivocally campaign to stay in the European Union.

Our ability to influence global issues requires credible leadership. Both the current leaders of the Conservatives and Labour would chronically weaken our global standing. Boris Johnson’s disrespectful approach to our European allies and his warmness towards Trump’s climate-change-denying administration is deeply embarrassing. Jeremy Corbyn has repeatedly associated himself with anti-Semitic terrorists and has shockingly failed to condemn Putin’s Russia for the hideous Skripal poisonings. The Liberal Democrat’s leader, Jo Swinson, is fully committed to Britain’s place in Europe and has strongly condemned Donald Trump’s racism and misogyny. Her leadership is needed to champion open, liberal and internationalist values and to fight climate change.

A key reason to vote Liberal Democrat is to tackle Britain’s educational inequality. Liberal policy is to radically raise spending on state education by £10 billion a year and to recruit 20,000 new teachers. They would also scrap primary school tests and abolish Ofsted and replace it with a new independent body. Labour’s class war against private schools may increase pressure on the state system and will fail to help those currently without good educational opportunities. The Liberal Democrats will close the education gap by investing in school facilities and ensuring teachers are properly paid.

For far too long, British governments have failed to protect human rights and civil liberties. Liberals would reform our approach to asylum seekers to end the cruel and wrong rejection of many vulnerable people. They would halt the use of face recognition software by the police and end decades of policy failure by creating a legal, regulated market for cannabis. The Liberal Democrats are unequivocal in their support for reforming the outdated Gender Recognition Act and protecting the human rights of non-binary people. A vote for Liberal Democrats is one for a strong and fearless voice in the public debate in favour of human rights and civil liberties.

The Liberal Democrats will abolish the farcical and undemocratic voting system and make seats proportional to votes. It is wrong that a party can govern alone with as low as 35% of the popular vote. In far too many constituencies, we are forced to pick between what we believe is the lesser of two evils rather than our preferred party. A forced choice between two options is simply not democracy. It is shameful that Labour and the Conservatives support the current voting system and makes them unworthy of your support.

The increased spending to implement Liberal policies will not come at the expense of future generations’ rights to good public services and welfare protection. Remaining in the European Union will offer a £50 billion dividend to government revenue. This claim has been verified by fully independent fact-checkers. Furthermore, Liberals will increase income tax by 1%, raise corporation tax back to 20% and abolish the capital gains tax allowance to raise money realistically and fairly.

The Liberal Democrats are the only party who are unashamedly committed to a modern, open and liberal vision for Britain. If these are your values, vote for them.

The soul of British politics hangs in the balance in 2019. It is time to put old tribal prejudices aside and reassess loyalties. The Liberal Democrats have welcomed figures from Luciana Berger, driven from the Labour Party by anti-Semitism to Heidi Allen, abandoned by a Conservative Party hurtling to the right and on a path to a hard Brexit. It is no longer good enough to support Labour and the Conservatives in a vain hope of what they could be or become. The Liberal Democrats are the only party who are unashamedly committed to a modern, open and liberal vision for Britain. If these are your values, vote for them.