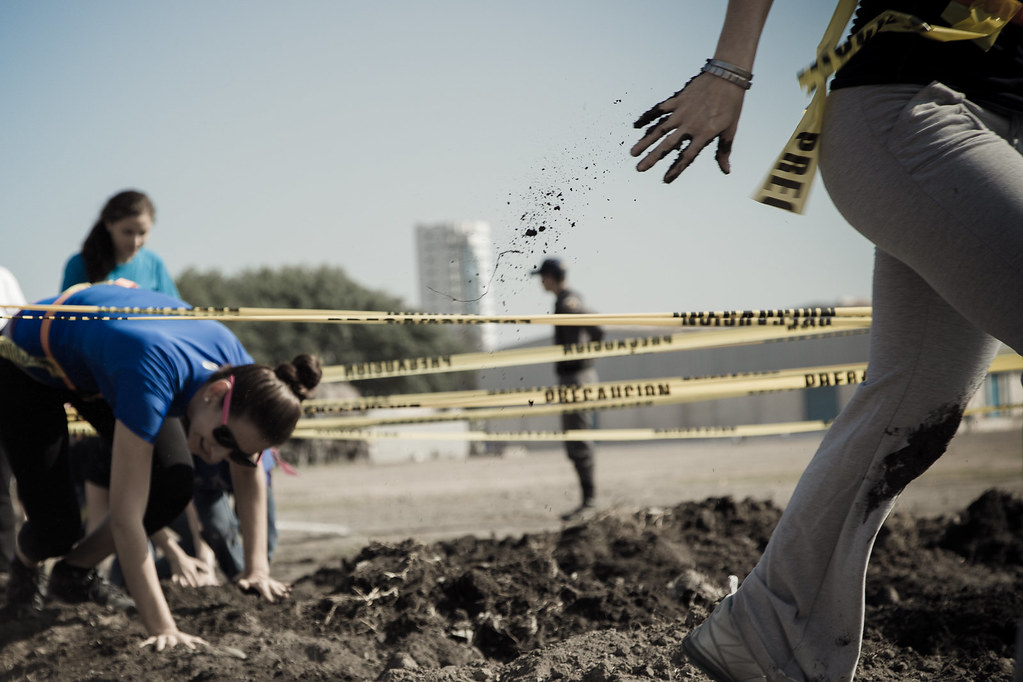 Runner Five? Looks like there are some zombies after you. Run!

Those are the words, along with the moans of the undead, which get me jogging in the morning. Some people might want their morning exercise to be relaxing, accompanied by music or the sounds of nature. Personally, I’m motivated by the threat of being caught and eaten by zombies.

I was never all that good at running – at school I dreaded sports day and the annual long-distance run. In my first few terms at Oxford, my fitness levels took a massive plunge as I realised that sports clubs can be a big commitment, and no one would notice or mind if I just stayed in bed till midday. Of course, you can only do that for so long before you realise that barely moving does isn’t good for your physical or mental health. So, I began jogging as a cheap way to get me out of bed and active each day.

Zombies Run! is an app and augmented reality game which turns your jog into the life or death mission in a post-apocalyptic Britain. You are ‘Runner Five’ – a silent player character who leaves the safety of Abel Township in order to collect supplies, save other characters, and solve the mystery of how the zombie apocalypse began.

When I started jogging, I found it painfully hard to motivate myself. I walked more than I ran, had no way of knowing how fast I was going when I did run, and no real reason to push myself to go that little bit faster, that little bit further.

Zombies Run! changed that for me; it has a fascinating and exciting storyline, written by the award-winning author of The Power (and Lincoln College graduate), Naomi Alderman and produced by Six to Start. Defying many of the dark horror tropes associated with zombie media, it builds a brilliant, recurring cast of characters for you to become attached to. Sure, there’s death and destruction all around, but there are also trips into to pick up board games, knitting supplies, and chickens. The story has enough fun and familiarity to balance out the gloom and doom aspects of the apocalypse.

It’s a great tool for beginners and experienced runners alike. The app, which was set up in 2012, contains hundreds of ‘missions’ – episodic adventures which last for about 20 to 40 minutes. Audio clips play at intervals as the events of the mission unfold around you, and in between these your own music plays on whatever app you like.

I even once brushed off a Park-End-related hangover to get past a particularly mean cliff-hanger!

You can choose your speed and direction; there are no requirements to sprint or even run if you don’t want to. However, if you want to push yourself, there is an optional Chase Mode which asks you to pick up your speed in order to evade zombies (complete with ominous groans getting louder and louder behind you…) If you want to record how you’re doing, you can track your steps or your route: something which has encouraged me to go that little bit faster every day. Races give you stories that can only be completed over certain distances and if you’re training, you can unlock special interval training missions. But all of those can be ignored if you’d rather take a stroll and listen to the plot unfold!

Sometimes I must seem more like a zombie than the ones moaning through my headphones.

If you had told me last year that I would be voluntarily running a timed 10-kilometre race, I would have laughed. But when I know that it’s the only way, I’m going to find out what happens next, it suddenly becomes something I’m eager to do. And it’s had a real effect: I’m more active since I began using the app and I’ve felt confident enough to begin measuring my pace, becoming faster and fitter bit by bit. I even once brushed off a Park-End-related hangover to get past a particularly mean cliff-hanger!

There are still those mornings when it’s hard to get out of bed and even harder to force my still-sleepy body to move past a shamble. Sometimes I must seem more like a zombie than the ones moaning through my headphones. But that 5km seems a lot less intimidating when I feel like the hero of the post-apocalyptic world, the characters that I’ve come to know and love urging me onwards, just a little bit faster.

If anyone has wanted to get more active and feels like running is a good way to do it; I can’t recommend the app enough. It takes away the isolation and lack of motivation which plagued me when I first started running. Now I’m just plagued by the zombie virus instead. Just be warned, you may end up sprinting through University Parks with a terrified look on your face. If you see that, please get out of my way; I’m trying to evade virtual zombies here.