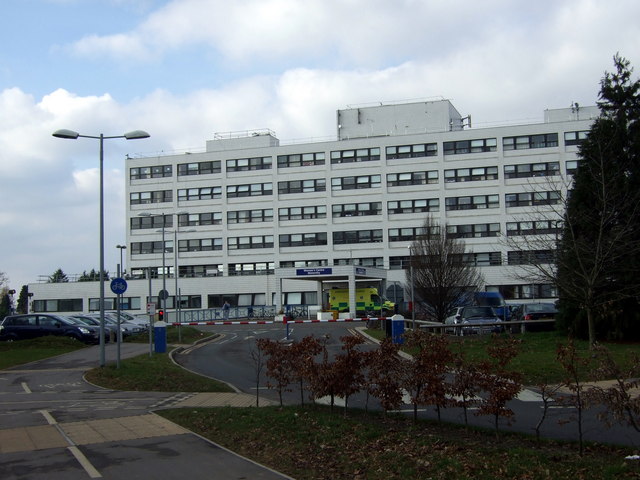 For many, the NHS is the jewel in the British crown. ‘Envy of the world’, ‘the national religion’, it is difficult to overstate its importance. For decades, the health service has been used as a particularly poignant political football.

Recent years have perfectly exemplified this. Who could the infamous Brexit bus, promising £350 million a week? Last December’s election too saw explosive debate on healthcare.

Whether or not the NHS would be ‘sold off’ to the US in some murky post-Brexit trade deal dominated discourse almost as much as Brexit itself. So potent was the debate that newly mandated prime minister Boris Johnson chose to recognise it in his Queen’s Speech. The speech saw him commit to spending an extra £34 billion on the NHS by 2023/2024.

This exceeds even Labour’s election pledge of £26 billion in the same time period. For me, such an approach is alarming. It represents rather a crude response to what is clearly a dominant issue.

We should question whether shovelling money at the problems in our healthcare will really make them go away. Are there areas that need more funding? Absolutely. But responding appropriately to the myriad of faults will require a good deal more nuance.

Let me start by saying that I think a move to an insurance-based system would be disastrous. Not only is such an approach utterly inhumane, it also lacks fiscal sense.

That the insurance approach is fundamentally wrong for Britain, though, does not mean our current system is the right one.

Back in 2016, Britain had the 8th highest spending on healthcare relative to GDP at 9.7%. Yet Spain and Finland, who spend a lower percentage, scored notably higher on the healthcare index than Britain. Taiwan, which spends just 6.4% of its GDP on healthcare topped the index.

Meanwhile, Germany, who sit nearer the higher end of European spending at 11.1% falls below Britain. Sweden, at 11% performs even worse on the index. Of course, there is not an absolute correlation between higher spending and poor index performance, many of Europe’s better scorers spend more than Britain.

What it does show is that good healthcare is about more than big spending. Britain cannot be afraid to innovate and imagine in order to improve our healthcare.

How does a country like Taiwan get it so right? Perhaps the answer lies in the fact the Taiwanese cover 15% fewer healthcare costs through public spending than Britain does. Alternatively, the answer could lie in Taiwanese efficiency.

Government officials claim that administration is not even considered in healthcare decisions. Yet, Taiwan manages to have the lowest administrative costs for healthcare anywhere in the world. Using a single-payer government run insurer, Taiwan is able to cover outpatient visits, dental care and maternal support, without the difficulties of long waiting times.

Through consistent verification, Taiwan ensures top quality treatment and prevents wastage. Of course, the Taiwanese model is not without problems: they too lack quality nursing staff. But with significantly higher levels of patient satisfaction, it is harder to argue with their approach.

Adopting elements of the Taiwanese healthcare model, especially in terms of administration and dental cover, could go a long way to improving the NHS.

Australia is a good source for comparison. They spend an almost identical percentage of GDP on healthcare. Somehow though, Australia makes it in to the top ten of the healthcare index, while Britain does not.

One key contributing factor are the heavy subsidies for pharmaceuticals. Cheaper prescription medication has been a popular measure and made vital medical treatment more accessible to Australian patients. There are also great incentives for those who can afford private healthcare to choose that option.

Equally, non-government medical organisations receive far greater support from Australia than their British equivalents. This has significantly helped to alleviate the burden from Australian hospitals, while ensuring quality remains high for patients. Of course, we should be cautious about adopting the Australian model carte blanche – I find their new tiered system of cover frankly frightening. Once again though, there are lessons we could learn, particularly in regard to competition and pharmaceutical subsidies.

Whatever the index score, it would be difficult not to argue that our NHS is under significant strain and failing in major areas. 2019 proved to be yet another record-breaker in wait times – for all the wrong reasons. Stories of patients in corridors haunt almost every family in this country.

They certainly do mine. There is clearly a major problem. Looking to Germany, we can see examples of how our own hospitals could be improved.

In spite of their index score, it would be difficult to deny that German hospitals are superior. The empty bed, regarded almost as a mythological creature in NHS hospitals, is a staple in Germany. Wait times are virtually unheard of, and doctors are able to give patients much more tailored care.

While always free for the patient at point of use, German hospitals aren’t exclusively in public hands. Some are run by private companies, while others are controlled by non-profit charities. This creates a healthy element of competition, driving up standards for patients.

Even the director-general of the German Hospital Federation expressed surprise that British hospitals were so plagued by issues despite their substantial funding.

A touch of German-like organisational efficiency could do our hospitals a lot of good.

In my mind, the response to the most pressing problems in our NHS have to be about a lot more than money. Does this mean we should roll back spending pledges? Certainly not.

What it does mean is that we must look for the most intelligent solution to overcome challenges. Educating people about the right level of care to seek out, as the NHS has been doing is definitely a sensible start. Moving forward though, it’s time to think big.

Healthy competition could do much to improve our system. So long as the fundamental value of our healthcare, that it be free at the point of use, remains in tact, I don’t see too many valid arguments against this approach. Taking lessons from global healthcare approaches, particularly in administration and efficiency, would also be a good step in bettering our healthcare.

The NHS is something we are all rightly proud of. That shouldn’t stop us recognising where improvement is necessary and putting it into action.