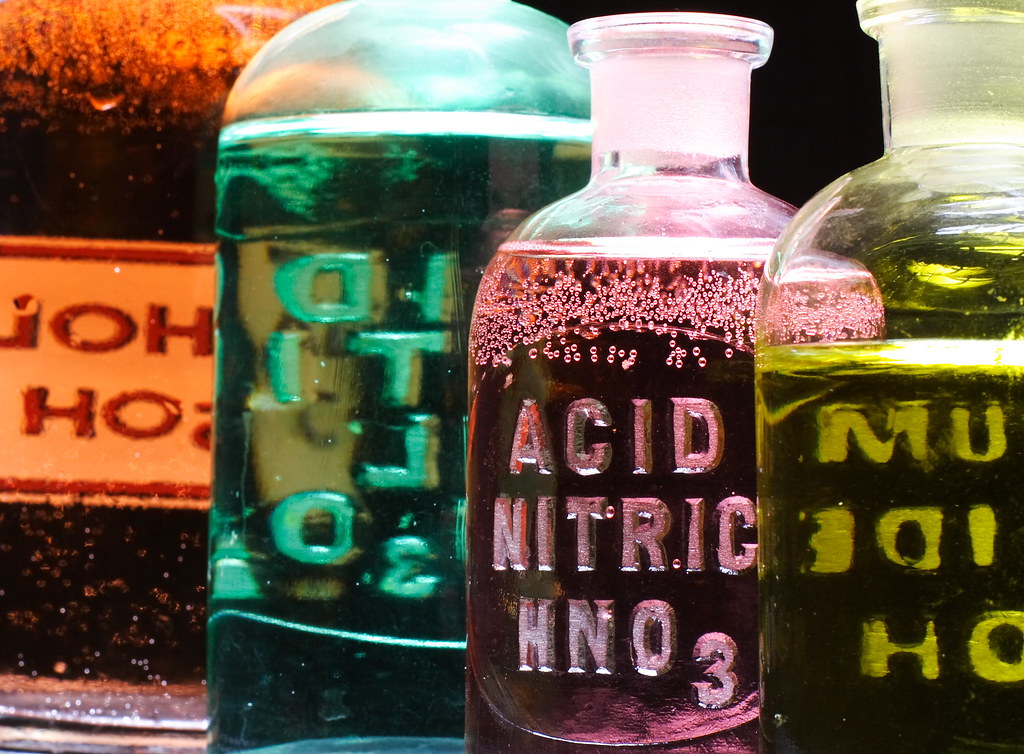 In the scientific community, Chemistry is often thought of as the ‘smelly one’ and these compounds prove that to be true!

Butyric acid – Ever experienced the smelly aftermath of spilt milk? Well, butyric acid is to blame! This simple carboxylic acid is produced in the breakdown the triglycerides commonly found in dairy and can be detected by our noses at concentrations of only 10 parts per million. Surprisingly, esters of this acid, such as methyl butyrate, have pleasing, fruity smells and are often used to impart the flavour of apples and pineapples to industrially produced foods.

Carbon diselenide – The stinky relative of carbon dioxide. This selenium-based compound has found use in the synthesis of electrically conducting  organic molecules and superconducting salts. However, due to the reactivity of the compound, when exposed to air a number of extremely malodorous compounds are formed and, as such, synthetic routes have been developed to avoid the use of CSe2 entirely.For example, when first synthesised, a small amount of the vapours escaped the lab and the resulting smell forced the evacuation of a nearby village!

Thioacetone – Replace the oxygen in acetone with sulfur and you get thioacetone, a chemical so noxious it can knock you out! The history of this compound is littered with stories of widespread vomiting and unconsciousness and some very unpopular chemists. In 1889, an attempt to distil thioacetone in Germany caused mass panic for residents up to 0.5 miles from the lab due to the appalling stench.

Putrescine – Grab the mouthwash! This diamine compound is responsible for the characteristic smell of rotting meat and bad breath and is produced by the breakdown of the amino acids which make up proteins. Even if undesirable, we wouldn’t be here without it! Polymers of putrescine called ‘polyamines’ are one of the important growth factors required for cell division and, as such, are essential for life.

Asparagusic acid – Yes, that’s its actual name! The metabolites of this compound are responsible for the smell of urine after eating a healthy portion of asparagus. This topic usually sparks a debate when someone professes to have never experienced the ‘asparagus wee’. It is thought that, even though almost all people produce the smell, only about 50% can actually detect it.