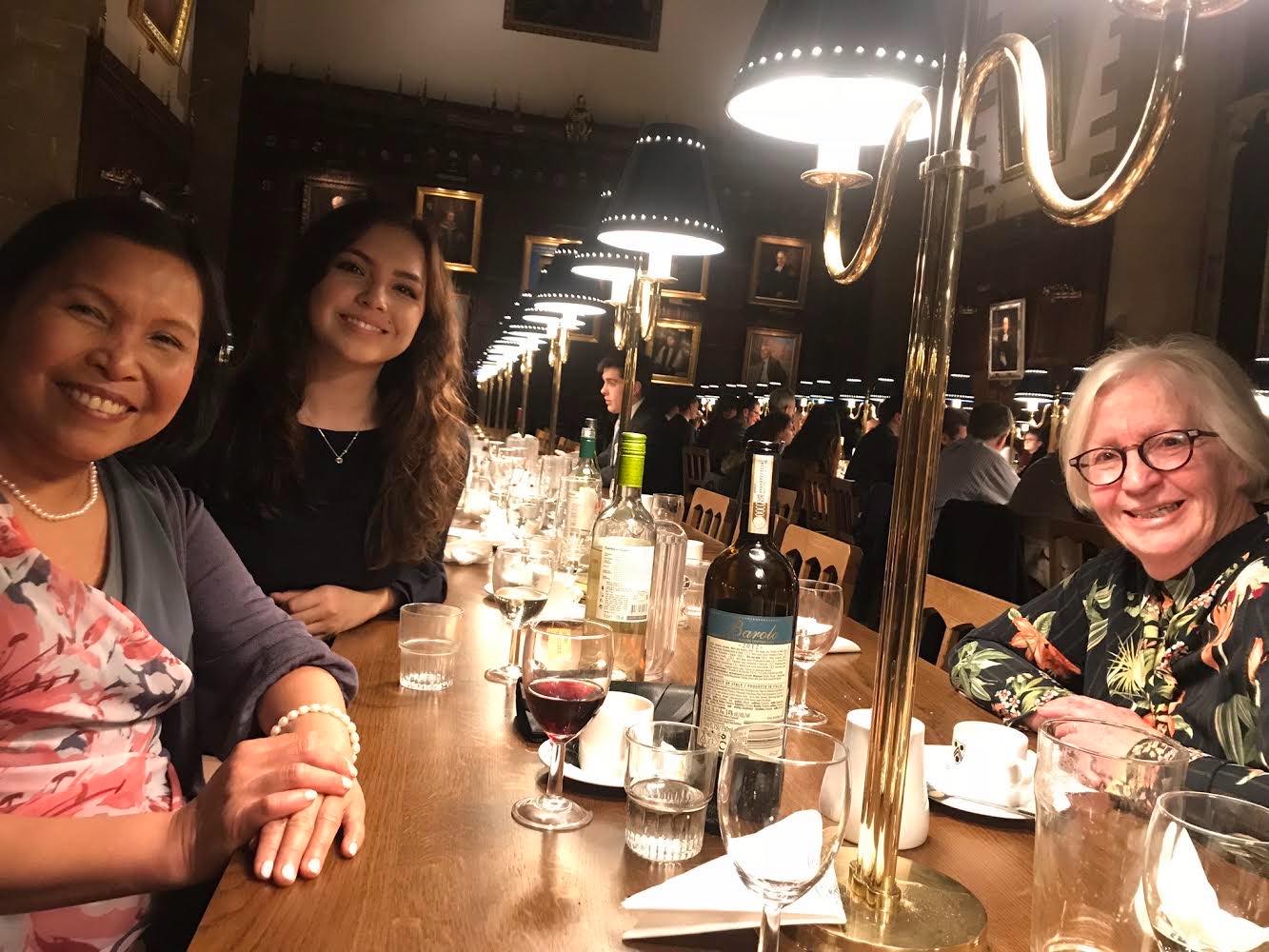 Image Description: The author with her mother and paternal grandmother

‘Where are you from? … No, where are you really from?’ These two questions haunt those of mixed-race like the plague. I’m from Newcastle. Really.

The term ‘mixed-race’ itself is, in a sense, an impractical one, referring to anyone who is half Filipina half white, like myself, to someone of Chinese-Brazilian descent. However, emerging as a reactionary term to the offensive ‘half-caste’ slur, ‘mixed-race’ was, for many, a sign of progress. Members of Generation Z are even more progressive, preferring terms such as ‘biracial’ and ‘dual-heritage’ which place a positive semantic emphasis on the blending of multiple cultures. Indeed in many cases, being mixed-race is about occupying two or more identities simultaneously, finding a space in which they can coexist. But even in liberal, multi-cultural Britain, in which 1.25 million people identify as mixed-race, confused, and misinformed attitudes still pervade the lives of the fastest-growing ethnic group in the UK.

The mainstream understanding of the term ‘mixed-race’ often refers primarily to those of white and Afro-Caribbean descent, and despite the mixed-race diaspora extending far beyond this group, the black-white mix has become noticeably desirable in recent years. This obsession with mixing is exemplified on Instagram’s ‘mixedracebabiesig’ account, which boasts almost 300,000 followers. This online community finds a certain uncomfortable joy in publicising photographs of infants alongside their respective ethnicities. As followers of the page coo over a baby’s ‘incredible skin tone’ and ‘the best combination ever!’, parents enjoy the financial windfall every successful post brings. You may feel the need to ask however, why finding people of mixed-race attractive is negative. Surely it is a good thing to draw attention to mixed beauty? While the reaction ‘Mixed-race? That’s so hot!’ is somewhat flattering, many fail to notice its implications. Ultimately, when a half-black half-white woman is called ‘lighty’ and is complimented on her ‘lovely loose curls’, praise masks prejudice. Not too dark, not too curly. My eyes are ‘brilliant for eyeshadow’, translating to ‘thankfully not too hooded’. Mixed-race people are not watered down, white-friendly versions of their parents, nor a ‘type on paper’ on Love Island. They are people who deserve their appearance not to be picked apart by appropriated colonial ideals and alienated from the implied default: whiteness.

While the small BAME community in Oxford is thriving, I have found myself becoming increasingly reluctant to participate in their events, perhaps stemming from one particular incident last year. Cowley Nando’s provided the backdrop for an ethic minority social, a sober and wholesome evening intended to foster inter-collegiate relations within a minority community. What I took away from the whole affair was a racial identity crisis. ‘What’s the white girl doing here?’ These six words, those of a total stranger to me, were projected loudly over a table of more than twenty students. Nervous snickers in the corner followed, and then, in muffled voices, the torrent of disgust continued. ‘Who decided that their white mate tagging along to this would be a good idea?’ I certainly wasn’t about to draw out my family tree on the back of a napkin for this guy. He had made himself quite clear – I wasn’t welcome. I left early. All I wanted was to eat some chicken in peace.

Granted, my Filipino family are generally light-skinned, and as a result of my white father, I am what some may call ‘white-passing’. With a grandmother of Scottish ancestry, my skin is susceptible to sunburn, and peppered with freckles. However, fair skin is not synonymous with whiteness. Skin colour and ethnicity are not mutually exclusive. These facts seemingly do not prevent frequent comments of ‘yeah but you aren’t really Asian’, ‘you act so white though’, ‘you’ve never even lived in the Philippines’. Many people of mixed-heritage are casually accused of not looking or behaving mixed enough, and being ‘white-passing’ often encourages this perception. There are many reasons as to why one may sway towards one side of their identity rather than the other. Perhaps they cannot speak their mother tongue because their parents wanted them to grow up without an accent to help assimilate into a white-dominated country. Perhaps they ‘act white’ because a person of colour is a minority in their community. Perhaps I do not visit the Philippines regularly because I live 6500 miles away and have extortionate Oxford rent prices to pay. Everyone who is mixed-race navigates their ethnicity differently. No one should be made to feel like they must collect up disparate fragments of individual cultures in order to piece together a messy patchwork identity.