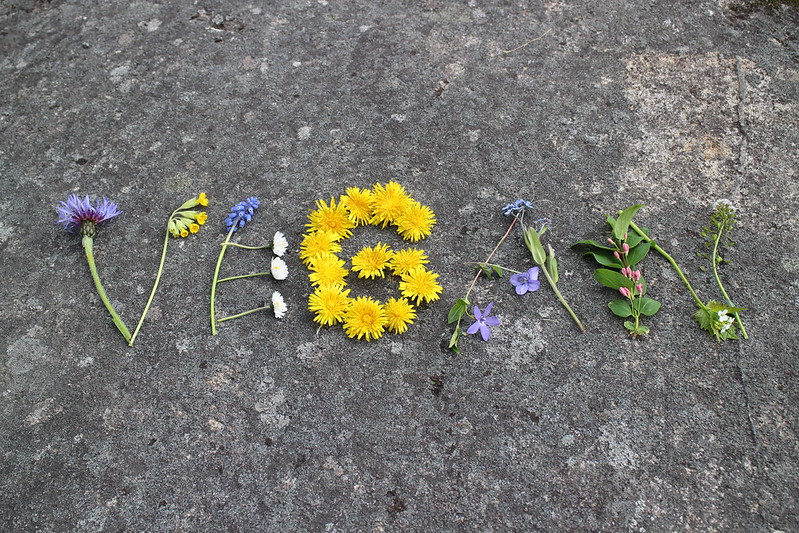 Why Veganuary doesn’t need to be restrictive

What does “vegan” mean to someone who’s not? Probably: no meat, no fish, no eggs, no milk, no gelatine… The list goes on. For the omnivore, veganism is restrictive. And when you’re searching a food packed label for that dreaded word—“milk”—it’s easy to think that it’s true.

Those were my assumptions about veganism, anyway. But experience has been very different. Sure, sometimes the fact that I can’t eat the biscuits provided at that 9 am meeting does bother me. And I can’t eat certain meals any longer. But a bigger effect veganism had on me was that it broadened my palette, developed my cooking abilities and changed my outlook on food.

But a bigger effect veganism had on me was that it broadened my palette, developed my cooking abilities and changed my outlook on food.

My relationship with food before veganism was that of many children—I was pretty fussy. Scrambled eggs? I only like hard-boiled—but not that hard-boiled! Don’t even start on pepper and aubergine and mushrooms. But veganism changed all that. When you cant take it for granted that something you’re presented with is something you feel comfortable eating, you start to lose any fussiness with regards to taste. I gave courgette a go, and now I love it. Originally, I wasn’t the archetypal vegan—I didn’t like hummus (I know…), falafel, pepper, tofu—and lots more. But veganism was the catalyst that forced me to try new things with an open mind. And with that, I realised I absolutely love hummus, falafel, pepper and so on.

I still don’t like tofu. But veganism opened my mind to foods I hadn’t even heard of before. Seitan—basically tofu but with better texture—was a meat substitute I’d never tried before. It was far better than tofu anyway. And I hadn’t appreciated the versatility of legumes and beans. Lentils, chickpeas, beans—from a curry to a Bolognese to a vegan burger, my new vegan diet makes far superior use of these staples. Before I was vegan, grain was grain and legumes/beans were like some magic item out of Jack-and-the-Beanstalk. Who even knew how to make them work!? Chuck ’em out and hope for the best…

My personal shift with regards to food is being represented commercially as well. As more and more people become conscious of the environment, vegetarianism and veganism have blown up—and it hasn’t gone unnoticed. Commercial outlets have been innovating all sorts of new food, from the KFC vegan burger to M&S ‘Not Chick’n’ nuggets, and from jackfruit burritos to coronation cauliflower. Restaurants, cafés, fast food joints, food stalls, food shops—they’ve all become aware of the greater versatility of the food we’ve all become accustomed to.

Even meat-lovers are waking up to the fact that a lot of vegan food is really, genuinely good in its own right.

Even meat-lovers are waking up to the fact that a lot of vegan food is really, genuinely good in its own right. All of this has made maintaining a vegan diet even easier for me. When I started, it was just about to blow up, but it pretty much entailed hunting down certain restaurants or cooking at home. Now, virtually every food-related store in Oxford will have a good vegan option for me. And don’t even start on Veganuary—the new Tesco meal deal options, the ‘Spoons innovations, the “VEGAN OPTIONS AVAILABLE” signs in every window. Veganism has never been as exciting—or as easy.

Veganism has never been as exciting—or as easy.

And veganism has improved my cooking too. Before I was vegan, I wasn’t exactly a chef. Pasta, rice—maybe a tomato sauce if I was feeling adventurous. Otherwise, I relied on my parents and on store-bought food. But veganism pulled that rug out from underneath me, and I soon began to cook for myself. Mushroom risotto? I know it like the back of my hand. Minestrone soup? 1 hour 15 minutes to cook, and about 30 minutes to prepare. Homemade gnocchi? Sounds like a fun afternoon project. Veganism kickstarted me to really think about what I was eating—especially because I had to cook. I began to realise what I was putting into my body, and this helped me in all aspects of life—from fuelling for sports, to improving my health, to managing my diabetes. More generally, I gained agency over my food. It was far more liberating than my pre-vegan self. Suddenly, I was in charge. My outlook on food is more positive than ever.

For me, it opened a whole new world of food that I’d never seen before. And unlike Aladdin’s magic carpet, veganism is real.

I’m not saying you have to become vegan to have agency over food or to learn to cook. But veganism isn’t just a restriction. For me, it opened a whole new world of food that I’d never seen before. And unlike Aladdin’s magic carpet, veganism is real.