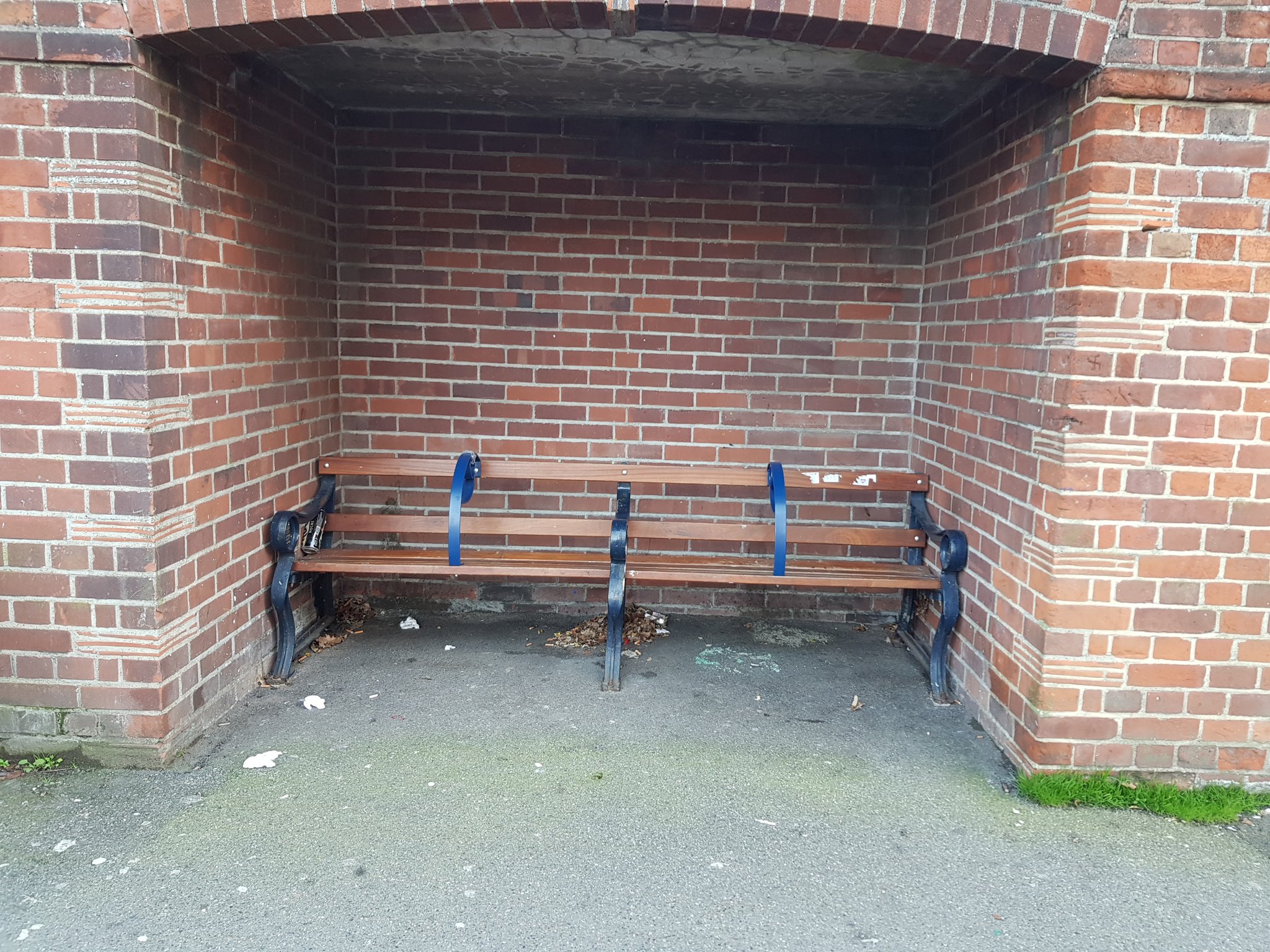 Extra armrests had been added to a bench on Woodstock Road, where it is believed a homeless man was sheltering. The instalments were spotted on Monday at a bus stop shelter near Somerville College and were part of a suspected bid to prevent rough sleepers from using the bench to sleep on.

Oxford City Council, which owns the bench, has denied any involvement in the installation of the bars, noting that the bench already has three armrests – one on each end and a third in the middle – that are “part of inclusive design as they provide extra help for older people and people with mobility issues.”

A statement from 20th January by councillor Linda Smith reads that “These arm rests were not installed by Oxford City Council or Oxford Direct Services and we are removing them today.”

The statement continued to include the council’s current measures and plans to tackle Oxford’s homelessness crisis, adding “We believe that nobody should have to sleep rough in Oxford… We are planning to spend £7.4 million on preventing and reducing homelessness in 2020/21 and are transforming the way we deliver services.”

Whilst the bars have since been removed by the council it is still unknown who had them installed. The unauthorised adaptation was brought to the attention of the council after a member of the public, Sara Livadeas tweeted a picture of it. Regarding the sudden appearance of the bars, Livadeas, who is the CEO of a charity that provides care and support services for the elderly and adults with learning disabilities, told The Oxford Student,

“On Sunday I was cycling into town when I noticed the armrests on the bench, so I tweeted it. It’s interesting that the council reacted so quickly. It’s a real mystery who put them there if not the council. Local residents? The university? It’s right opposite a college…

“I appreciate the city council do work to help homeless people (we pay council tax for it, they are not doing us a favour). However, I do not believe we should behave in a punitive way towards homeless people, who for whatever reason, do not accept council help and therefore sleep out in the street.

“Anyway I’m thrilled that the arm rests have been removed and that my tweet had such a positive and powerful effect.”

Adding bars to public benches is part of a concept known as ‘hostile architecture’ – a design strategy to stop ‘anti-social behaviour’, which includes rough sleeping.

However, typical ‘hostile architecture’ designs – often including sloping windowsills and studs on flat spaces – also affect those people who rely on public spaces more- like the homeless and young people.

According to Oxford city councillor Shaista Aziz, many examples of ‘hostile architecture’ can be found throughout the city. She mentioned examples such as the extra armrests that were added to benches near the Westgate Centre when it was first built, and the rounded seating on Cornmarket Street, a feature which makes it harder to sit down.

The incident highlights the concerning rise of homelessness in Oxfordshire over recent years. A total of 51 people were found to be rough sleeping according to a council street count in September last year, 15 more than were counted during the same month in 2018.

The disturbing trend can also be found in nationwide statistics. There were an estimated 726 deaths of homeless people registered in England and Wales in 2018, according to a report released last October by the Office of National Statistics. The 22% mortality rate rise from 2017 is the highest year-to-year increase since their time series began. However homeless charities across the country believe that the true total could be higher.

In an article for The Guardian, pathologist Sebastian Lucas explains that “Ultimately, registration delays, uncertainties over place of death and how thoroughly the deaths are being investigated should make us cautious about the accuracy of the statistics: the homeless mortality problem may be even more serious than we think.”