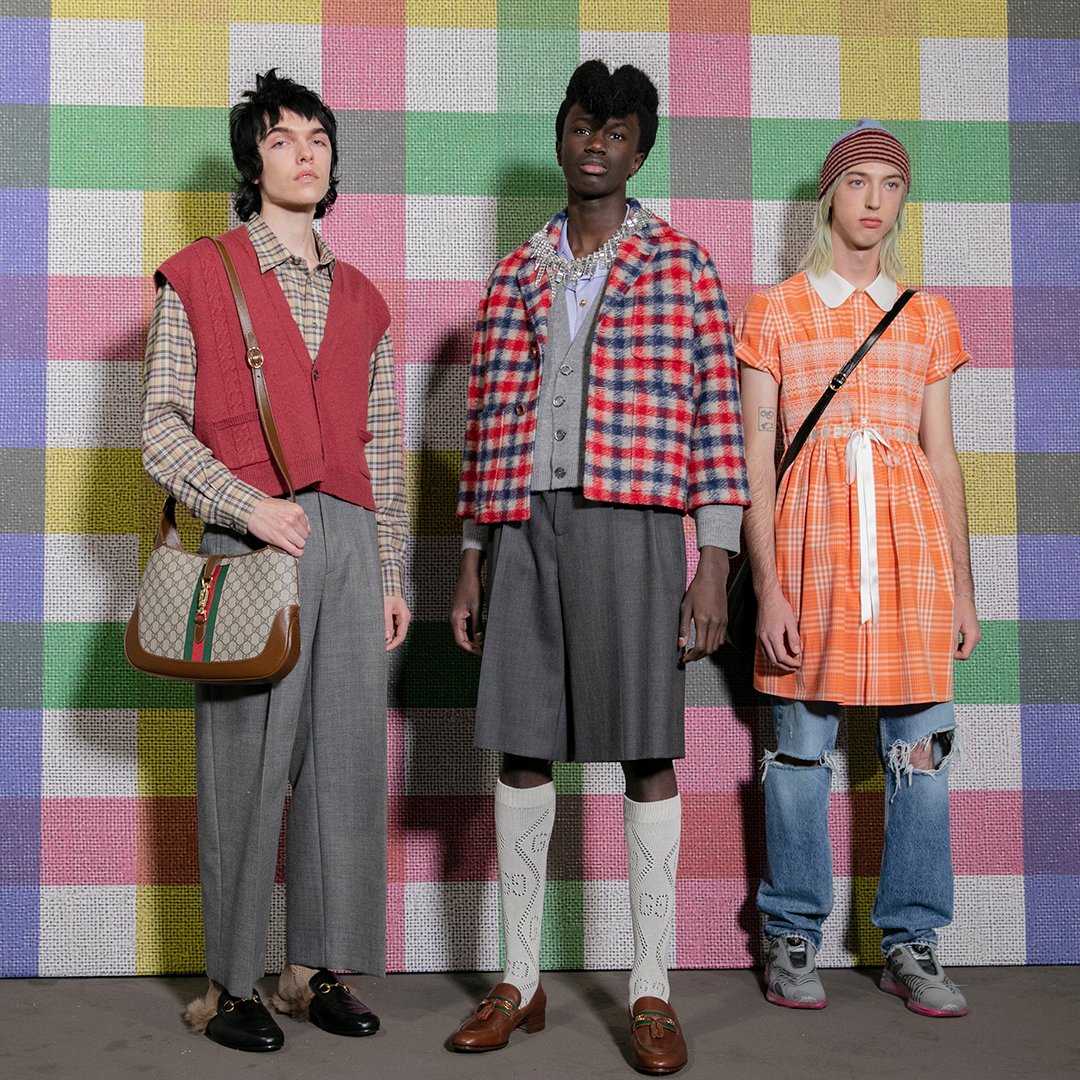 The latest in men’s fashion

The past two weeks have seen men’s fashion shows in both Milan and Paris with standout brands like Louis Vuitton, Gucci, and Dior making bold statements that challenge archetypal masculinity and style in men’s fashion, while others like Dolce and Gabbana produced a sartorial twist on the workwear of traditionally masculine jobs like painters, builders and farmers.

These come at a time where men’s fashion is becoming more of a statement in itself: previously the most experimental pieces were reserved to the female catwalk, but now we see more and more male-only shows as Gucci recently hosted its first since 2016. Men’s fashion has always had a longer turnaround than women’s, with the staples remaining so for as long as decades, and are much more resistant to change.

Gucci in particular moves in leaps rather than increments, creating an autumn/winter lineup that embraces a fluidity between what we consider “male” or “female” clothing

While for most of us the collections on display are outlandish and overpriced, they do speak of more general trends emerging in menswear going forward. Looser fits are back in, with very few slimmer lined garments on display, as details like pleats not only shape the fit of the trouser but create a more relaxed style with comfort in mind. Gucci in particular moves in leaps rather than increments, creating an autumn/winter lineup that embraces a fluidity between what we consider “male” or “female” clothing, coloured in the vibrancy they have come to be known for. Virgil Abloh’s most recent collection for Louis Vuitton, presented in Paris, in many ways was a fresh take on corporate clothing, with a lineup of suits and formal wear.

As the show began, it was the entire scene that brought the audience into Abloh’s world, as cloths patterned with clad motifs emerged blending into a set that could be taken straight from a Magritian landscape. Immersive cybertronic music clashed with the naturalness of a display that overall posed a childlike take on a seemingly rigid and unchanging corporate world advising. Abloh advises: “don’t let your day job define you”, and certainly the playfulness that gathered speed before the final display was in tune with this. Cloud prints on top of sleek silhouettes brought the shows staging and opening lineup into a single harmony.

Dior’s collection focussed on embellishing various looks with ornamental pieces borrowed from women’s fashion and long-standing Dior heritage. Opera gloves were a staple in each showpiece contrasting against the punk inspiration of Judy Blame, creating a display that paid tribute both to men’s tailoring artistry and a collection not bounded by any one genre.

While examples like Vuitton’s latest collection are a step beyond what the everyday man might be comfortable or conditioned to wear, one man that more carefully bridges the gap between high fashion styling and ‘normalcy’ is Ralph Lauren. In Milan, Ralph showcased a number of looks celebrating 25 years of his Purple Label line, featuring iconic looks worn by himself over the years.

Instead of trying to craft a new future for fashion, these outfits represent modern takes on long traditions of menswear, featuring a formalwear selection inspired by the classical English Saville Row tailoring. The formal workwear on display consisted of beige and grey tone palettes, perfect for a muted autumn look that stresses form over pattern. Many distinct shapes were based on Ralph’s own physique.

While some may see the collection as a conformation of menswear stereotypes, the Purple Label line is working for its target market: one that favours quality and fabric over flashy logos. Gucci, Prada, and Louis Vuitton might be making a statement on a future beyond male fashion as we have come to know it, but they are evidently conscious of their brand visibility as they make it.