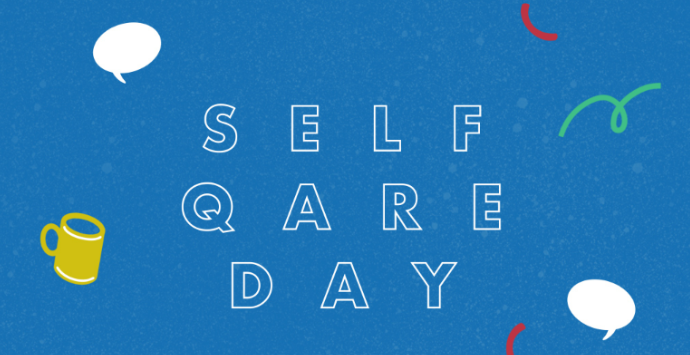 I’ve always resented the feeling that my existence is a political act. Coming out is a white-hot kind of dangerous in an environment where allegiances can be very efficiently defined by terms like ‘pro-gay’, ‘ex-gay’ or (heaven forbid) ‘a practising gay’. When your elders use transphobic language on the regular and wholeheartedly believe that same-sex marriage is a symptom of Western moral corruption, your sense of self-worth is subjected to constant stress. You cannot simply exist in your own space. You’re already neck-deep in a debate you didn’t ask to join, and you don’t get the luxury of picking a side.

Is it cowardly to want to retreat from that debate? I would like to pretend it doesn’t exist. I am tired of witnessing my countrymen’s casual vitriol in discussions of ‘alternative lifestyles’. Internally, I live in a bubble where those discussions never have to happen.

Self Qare Day was held at event space and bookstore The Moon, a cosy two-storey outlet nestled between bars and cafés on Chinatown’s Mosque Street. Founded by Sarah Naeem and Lee Jia Qian in 2018, The Moon is quiet and beautifully lit, with thick rugs complementing its homely wooden floors and embroidered cushions rounding out a warm colour palette.

You’re already neck-deep in a debate you didn’t ask to join.

In more cynical, corporate hands, the aesthetic might come off as intolerably twee, right down to the wall-hanging plants and strings of fairy lights. To me, it doesn’t. Warmth and comfort and, above all, a sense of deep sincerity suffused the space when I entered it for the first time on Self Qare Day. At the door to the upstairs reading room, I was greeted by an array of rainbow-themed bookmarks featuring Audre Lorde’s famous message: ‘Caring for myself is not self-indulgence. It is self-preservation, and that is an act of political warfare.’

But even systemic hostility couldn’t spoil the atmosphere of care, respect, and quiet celebration which pervaded The Moon that Saturday.

The morning panellists represented a variety of LGBTQ+ welfare provisions, ranging from The T Project to Free Community Church. In the afternoon, I attended a peer counselling workshop hosted by Lifeline SG and The Greenhouse, support and recovery organisations addressing substance addiction among LGBTQ+ men. Workshop facilitators spoke eloquently and thoughtfully about the vulnerability of marginalised communities.

Addressing the stigma surrounding drug use in Singapore, the speakers stressed that addiction isn’t always the problem — it’s often just a symptom. Intersectionality demands our recognition of the traumas that all too often accompany LGBTQ+ experiences. Speaking from their personal experiences, the facilitators urged sensitive, empathetic attention to our community’s needs, which have to be acknowledged and met by specific welfare initiatives.

‘Such queer-centric mental health initiatives are few and far between,’ said IULN Co-Executive Directors Tynn Yi and Charmaine, who wished to be identified only by their forenames.

‘Our primary goals for Self Qare Day were to impart healthy coping mechanisms to queer youth who are disproportionately affected by mental health issues, as well as to provide a safe space for queer youth to access these facilities.’

Organisers worked hard to make the event both inspiring and informative. A series of pamphlets from the Asia Pacific Transgender Network outlined the available resources for legal and medical transitions. IULN also provided its own pamphlets, including such pertinent titles as ‘Sexual Assault Awareness for LGBTQ Youth’ and ‘Trans* in College: A handbook for transgender students in Singapore’s universities’.

The latter handbook was a thoughtfully curated mixture of anecdotal and official statements. Researchers had gone out of their way to vet multiple universities’ welfare services, providing students with a peer-reviewed guide to LGBTQ+ counselling.

I couldn’t help but appreciate the living proof that members of our community could thrive.

For example, the researchers wrote of the National University of Singapore Counselling and Psychological Services: ‘We’ve had a pleasant experience working with them and from what we know, their counsellors (including head of counselling) are LGBT-affirming. We were pleased to find that they were highly receptive to increasing their outreach and support to LGBTQ+ students.’ Another section featured a detailed breakdown of dormitories, toilets, and shower facilities aimed to help students find trans-friendly campus accommodation.

It was deeply moving to find members of my community working together to look after our own. Immense care had clearly gone into making sure that transgender students were aware of and had access to important resources.

Furthermore, the event was attended by a significant number of older couples despite being targeted at queer youth. Having grown up without LGBTQ+ adult role models, I couldn’t help but appreciate the living proof that members of our community could thrive.

‘We received overwhelmingly positive feedback from our participants, who said that the event was very warm and cosy,’ the Co-Executive Directors reflected. And it certainly was. Music and voices were always drifting upwards from lower to upper floors, whether from Raphael Revindran’s yoga session or the dance workshop led by Strictly Guys Dancing, a partner dance interest group for LGBTQ+ men.

Self Qare Day demonstrated LGBTQ+ people’s formidable ability to care for each other, and it was a life lesson in caring for ourselves. The phrase ‘safe space’ wasn’t a refusal to acknowledge what made us feel unsafe; our struggles felt seen. It’s a delicate balance, and one which IULN event organisers achieved remarkably well.

‘I wish you courage, I wish you strength,’ were the closing words of the afternoon’s mindfulness session facilitated by Tan Cheen Chong of Now Your Mind. I’m grateful for the powerful effort this event made to demonstrate both qualities. Self-care isn’t cowardice or weakness. It’s a necessary means of coping with the harsh realities I wish we didn’t have to face.