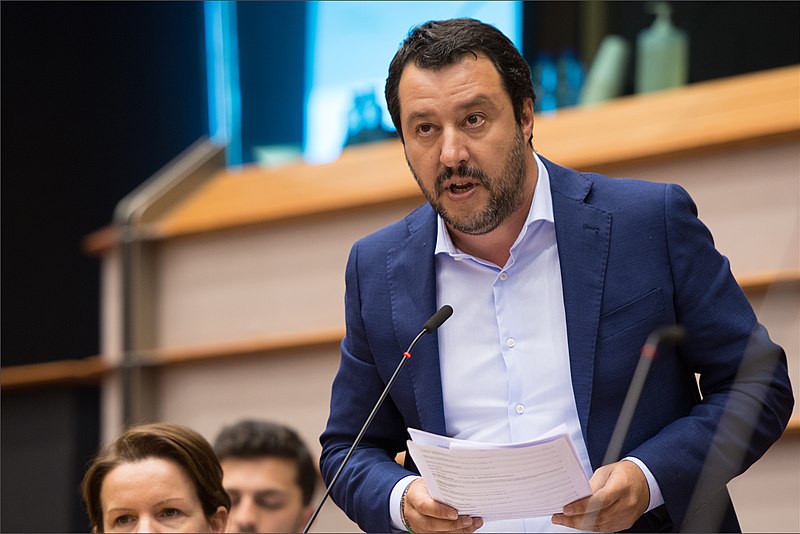 Matteo Salvini falls short of winning Emilia-Romagna, once a bastion of the Democratic Party

For months, Italy had been in a perennial election campaign over who controlled two of the most important regions in the peninsula. Last Sunday, the 26th of January, regional elections were held in both the Northern region of Emilia-Romagna, and the Southern region of Calabria, famous for being a swing area and one indicative of national trends. For months, many feared that the ‘Centre-Right’ Coalition, headed by the populist and nationalist leader of the League, Matteo Salvini, could snatch Emilia-Romagna, once a bastion of the Italian Communism, from the Democratic Party (PD). Emilia-Romagna has never voted for any coalition which was not left of centre, in either regional, national, or european elections. Yet the ‘green’ wave which many feared would overrun even the most leftwing region did not materialise. At face value, there ostensibly seems to be only one loser; Matteo Salvini.

At face value, there ostensibly seems to be only one loser; Matteo Salvini.

The ‘Centre-Left’ coalition led by the PD’s Stefano Bonaccini, the incumbent governor, received around 51.47% of the vote, with his main opponent Lucia Bergonzoni, of the Lega, falling short at 43.6%. This result can provide many lessons on how to defeat the new right wing phenomenon. For months, the PD’s national leader, Nicola Zingaretti, was cast aside by Bonaccini which carried out a local campaign, aided by a new popular movement; the “movimento delle sardine”. Whilst absurd in name, the ‘sardines’ are perhaps the single greatest reason for Salvini’s apparent failure in Emilia-Romagna. This shows the rest of Europe, and the world, that it is possible for the traditional left to fight off the Right, when a proper and wide ranging centre-left coalition is supporting it, with the external support of a movement which, despite not directly siding with the Democrats, has been outspoken against Salvini and manifested itself against him in the urban squares of Emilia-Romagna. This was a victory won by such popular participation.

Nevertheless, the picture is surely more nuanced. For the first time in the region’s history, the PD’s place as first party is no longer secure. Salvini’s League, went from having 19.2% in Emilia-Romagna, in the 2018 General election, to 31.9%, just behind the PD at 34% This is a staggering increase, which is emblematic of a result of seismic proportions. In the meantime, the Five-Star Movement, the populist left wing group, fell from 26.37% in 2018, to 4.7%. This presents a national decline, with the movement in disarray after its political leader, Luigi Di Maio, resigned the leadership last month. Another drastic shift is the collapse in the voting share of Forza Italia, now down at 2.6%. Once the governing party of Italy, the Liberal Conservative party headed by Silvio Berlusconi, is now the junior partner of a coalition dominated by Salvini. However, the Democrats must react quickly and continue what it has done if it wishes to build upon this success. In the last regional election (2014), the ‘Centre-Right’ coalition received 29.85%, now at 43.6. Never in history had an election in Emilia-Romagna been so tight. The very fact that Salvini’s victory was a possibility there should be unsettling for anyone in the Democratic leadership, who must be swift in their reaction.

Never in history had an election in Emilia-Romagna been so tight.

Salvini and his partners can be confident. Their closening of the gap in Emilia-Romagna, and their predictable victory in Calabria, presents a strong coalition which has the potential to win a national election. With the centre-right candidate receiving 55.4% in the Calabrian election, accompanied by a fall in the Five Star movement there, from 43.39% in 2018, to 7.2, Salvini has many reasons to be positive. This highlights a return to a traditional right-left division, in an Italy which for long had seen the rise of a new populist movement from the left. Whilst Salvini has not quite managed to snatch the Democratic core-region, in a manner similar to Johnson with Labour heartlands, the national polls indicate that Salvini remains the largest party in the country. Nonetheless, the Emilian model pursued by the Democrats in this election is one which has proven itself to be successful at the electoral test, both against  the far-right and a decadent ‘five-star’ style populism.