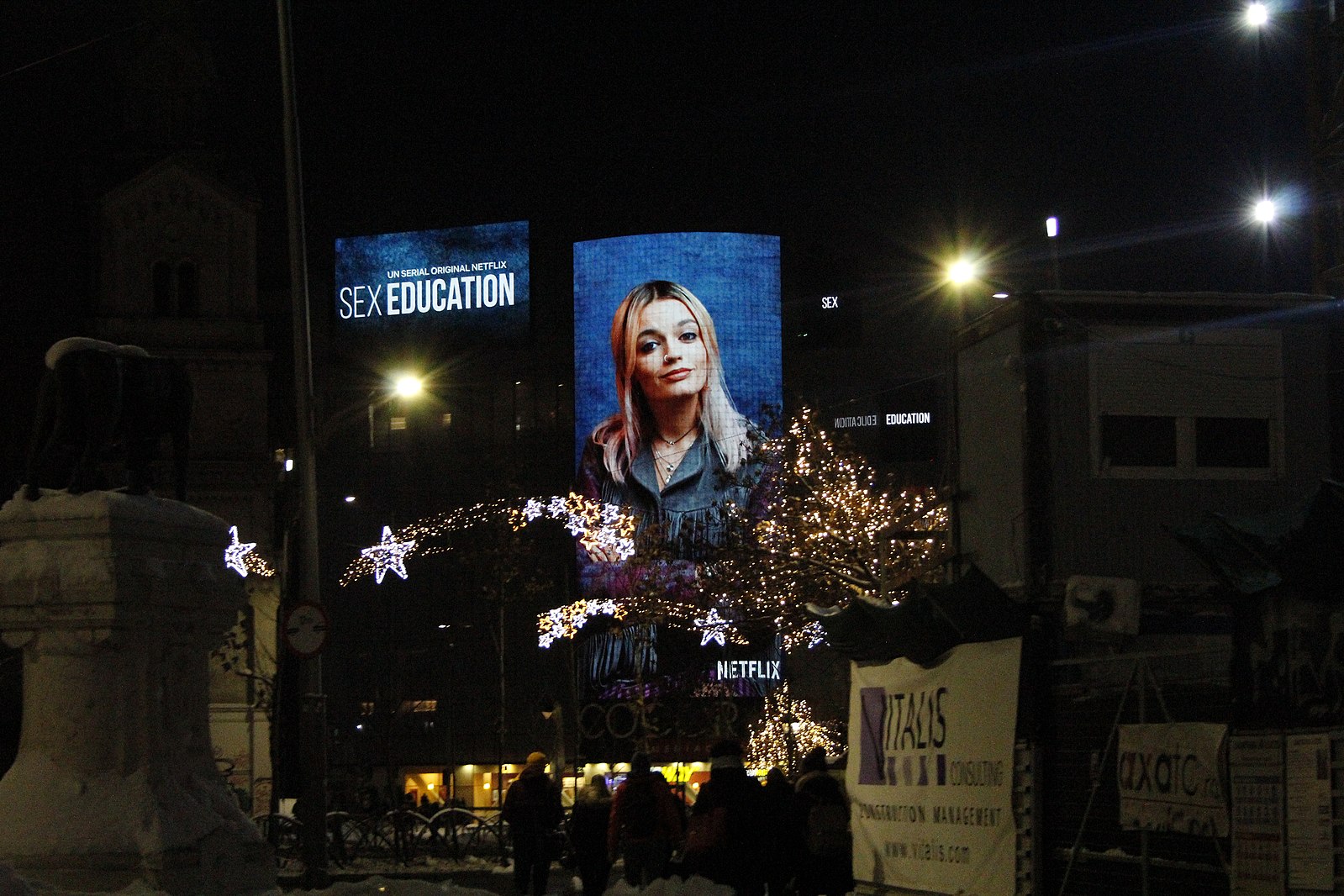 It seems like Netflix has been churning out some excellent television recently. It is difficult to understand how a show with a concept as bold as Sex Education has managed to worm its way into our hearts. But I am not mad about it. In fact, the second season was so terribly delicious that I devoured it within the span of a day.

This all takes place in an Moordale High, an American-type high school where the dungarees, space buns and fanny packs of the 90s are coupled with the laptops and iPhones of today. Lily’s wardrobe, in particular, is absolutely fabulous.

Writer Laurie Nunn has worked some absolute alchemy and has managed to convey the heavy material in a genuine but light-hearted way, bursting forth with pastel hues and edenic landscapes. The whole gig leaves you with a feeling of absolute revelry. Her writing is furiously quirky, no topic is off-limits and no subplot is unimportant. There is not a single weak link in the cast and you develop such a profound interest in them that they begin to feel like your own friends.

Otis (Asa Butterfield), Moordale High’s resident sex guru, is navigating his first serious relationship with his girlfriend, Ola (Patricia Allison). All the while, he is having to deal with his glamazon sex-therapist mother (Gillian Anderson) working at his school and unknowingly stealing away his ‘sex clinic’ customers. Emma Mackey is back as the headstrong Maeve Wiley, rough-around-the-edges but a big softie at heart. Her flaky mother is back in town, allegedly ‘clean’, with her 3-year-old half-sister in tow. Maeve wrangles her way back into Moordale, manages to bag a spot in the Quiz team, and the whole ‘will-they-wont-they’ dance between Otis and Maeve from season 1 is back in full force. I am one satisfied customer.

Nncuti Gatwa is absolutely brilliant as Otis’ fiercely loyal best friend, Eric, a role to which he brings such infectious energy that it is almost impossible not to fall in love with him. Eric has caught the eye of the new French exchange student, and he finds himself caught between his old flame, and ex-bully, Adam (Connor Swindells), and the sexy, foreign Rahim. Swindells himself is magnificent. I think he must have spoken no more than 200 words over the entire season, yet manages to perfectly portray Adam’s inner turmoil over his sexuality and being wrongfully kicked out of military school and sent back to his overbearing, hateful headmaster father.

Her writing is furiously quirky, no topic is off-limits and no subplot is unimportant

The supporting characters, too, have engrossing storylines. Sexual assault, pansexuality, asexuality, slut-shaming, douching, female friendships in both the young and old, unplanned pregnancies, #metoo… Nunn tackles it all very deftly. Even the characters you are meant to hate are given a lovable kind of vulnerability. The result is entirely heart-warming.

Sex Education is woke without being needy, inclusive without being preachy. Season two is, dare I say, even better than the first. My only criticism is that the season is a mere eight episodes long. I demand a spin-off episode totally dedicated to Lily’s Romeo and Juliet: The Musical – for what a joy that would be. With Sex Education being one of the top Netflix productions in both the UK and US, it seems like season 3 is a done deal. I am already itching for more.

Ultimately, this is a show about love – not just the romantic kind, but more importantly, the kind of love that flourishes from beautiful friendship.