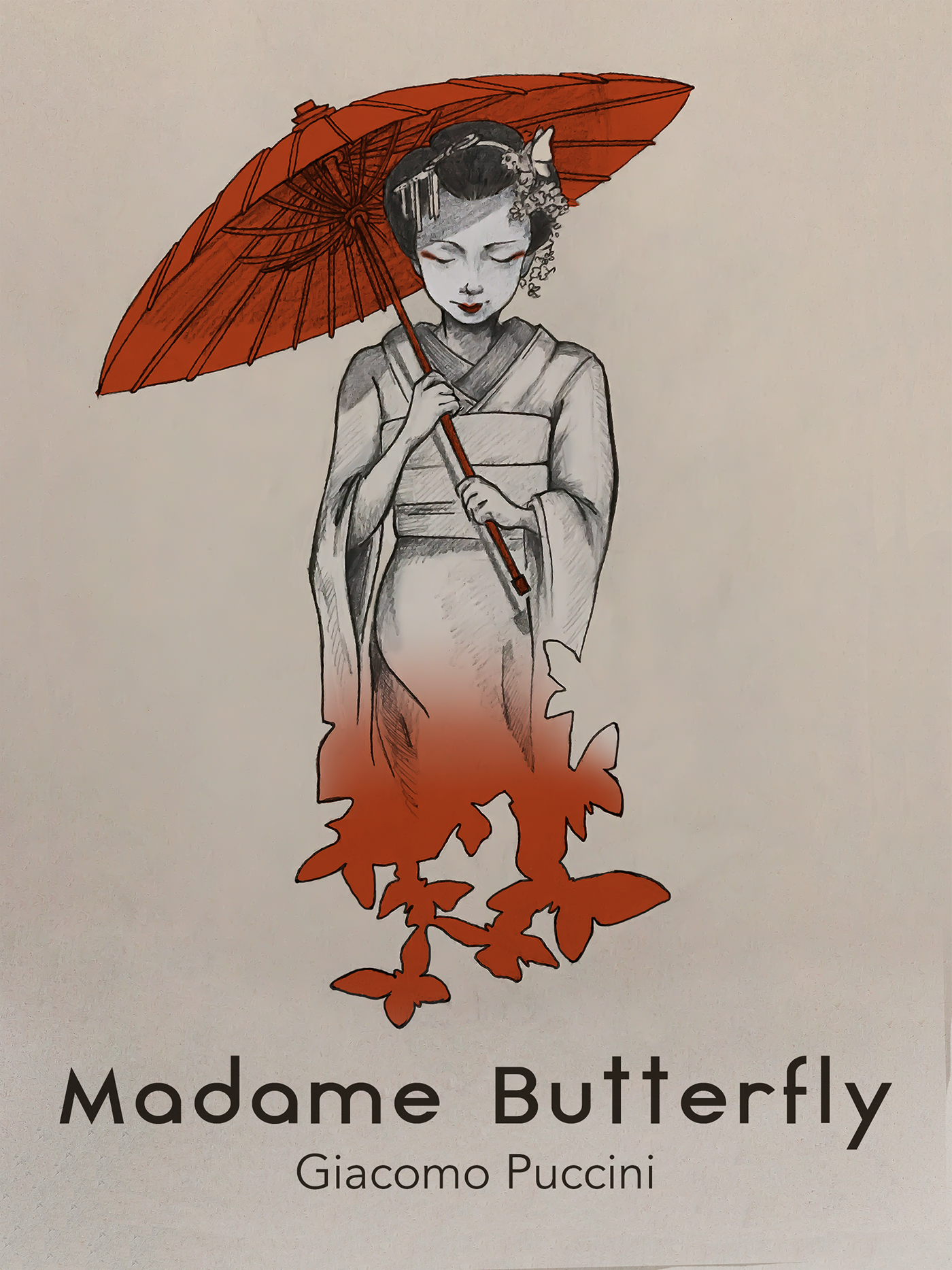 Premiered in Milan in 1904, Puccini’s Madama Butterfly was first met with outcry, amidst an uproar of hisses and obscene sneers directed towards the seeming sexual licentiousness of its titular character. Fortunately, the extreme nature of these reactions failed to discourage Puccini who would go on to deem it his best work and ensure its place in today’s operatic canon. The story is set in a single house in Nagasaki and follows the marriage of the impoverished 15-year-old geisha Cio-Cio San, known as Butterfly, to the US Naval Officer B.F. Pinkerton. As a result of her marriage and her conversion to Christianity, Cio-Cio San is disowned by her family and friends. This is of little consequence to Butterfly who upon her union with Pinkerton proudly and repeatedly declares, ‘I am disowned…but I am happy’. Inevitably, Pinkerton abandons Butterfly in search of a ‘real’ American wife, unaware that she is expecting his child. Butterfly gives birth to Pinkerton’s son, never losing hope that one day her loving husband will return. After three years of joyous anticipation for Butterfly, Pinkerton eventually returns to Nagasaki with his American wife. On learning that he has a son, Pinkerton visits Butterfly with the intention of taking him back to America. In obeyance of her husband, Butterfly agrees to what she sees as a better life for her son, but takes her own life to preclude the child’s torment of his abandonment.

Brought to the New Theatre, Oxford by Ellen Kent and Opera International, Madama Butterfly received a far friendlier reception than Puccini encountered over a century ago. Elena Dee’s graceful and extraordinarily moving performance as Cio-Cio San enchanted the audience. Her meticulous portrayal of a geisha was mesmerising, from her phrasing of Puccini’s beautiful arias to the vigilant enacting of Japanese hand gestures and movements, Butterfly’s intrigue was the highlight of the opera. A tour de force. The vocals of Suzuki, as played by Myroslava Shvak-Pekar, were equally impressive, and the power of the vocalists perfectly complemented the sounds of the orchestra, creating a symphony of glorious music which is at once fiercely brutal and beautifully hypnotic.

It is a poignant tale of deceit, abandonment, betrayal and despair

The opera is filled with tender moments of reflection on the nature of love, life and death. In one hauntingly unforgettable moment against a backdrop of cherry blossoms, hanging lanterns and cascading water, we see the striking silhouette of Butterfly as she spreads her wings. Just as Pinkerton had described on their wedding day, the Butterfly had been caught and was now firmly pinned to the board.

It is hard to confine the opera to a single genre or to compare its narrative with traditional definitions of tragedy. Madama Butterfly offers no catharsis. It is a poignant tale of deceit, abandonment, betrayal and despair, broken briefly by moments of comedy which although bring some relief to the unfolding drama, it ultimately leads to the opera’s inevitable tragic end.

The production is transferring to the West End’s London Coliseum soon.