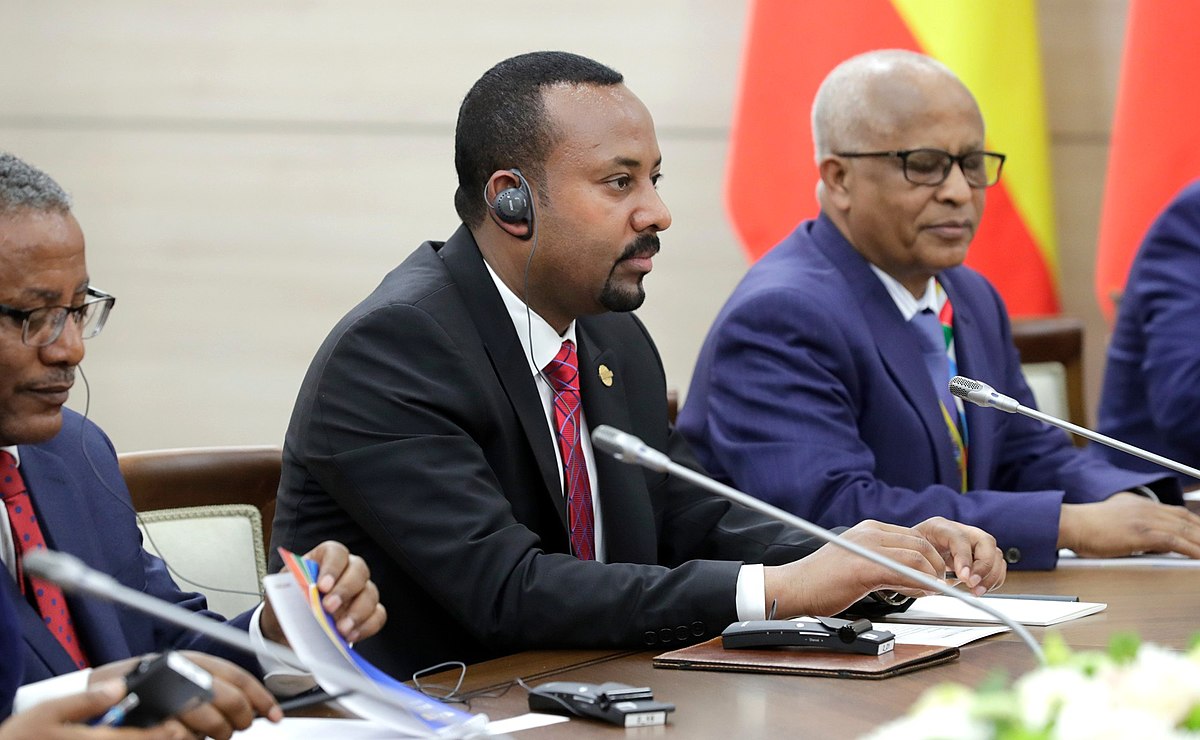 As the West continues to bicker over Brexit and impeachment, events in Africa are developing in an increasingly sinister fashion. Perhaps some cynics will overlook this issue. They may point out that conflicts in Africa (or indeed anywhere) over resources are not new.

This time feels more dramatic though. The stakes are higher, the scale is larger. To start, the major players are African giants.

After Nigeria and South Africa, Egypt and Ethiopia are arguably two of the continents strongest powers. Any tensions between them could have alarming consequences for the whole of north west Africa.

To say nothing of the dangerous implications for the fractious Middle East. The source of their dispute? Control of the river Nile.

As the longest river in Africa, the Nile is no trivial prize.

Attempts at mediation have yet to produce any meaningful results. Concerns over armed hostility between the two nations, though, are not the most worrying outcome of this crisis.

Such a military outbreak would go a long way to setting a dangerous precedent. War over water. Tensions over this issue are not new.

Disagreement emerged in 2011, when Ethiopia took advantage of disruption over the Arab Spring to begin construction on its Grand Renaissance Dam. As early as 2013, Egyptian politicians were discussing the possibility of ‘hostile action’. 2019 saw the International Crisis Group warning that the countries ‘could be drawn into conflict’.

Such a situation would potentially have massive geopolitical ramifications. Not only are both nations strong US allies, they could also jeopardise the regional (or even global economy) through warfare. This is because they sit along the valuable Suez Canal and Horn of Africa trade routes.

To its credit, America has been working to mediate the situation. However, the Ethiopian government has thus far been unwilling to accept the overtures of the Trump administration in this direction. But why is this issue so contentious?

And what stakes do the two primary players have in the dispute? On the Ethiopian side, the Grand Renaissance Dam marks the route to unprecedented growth for the nation. For a set up cost of £3 billion, the dam is expected 6,000 megawatts of electricity.

This will go a long towards mitigating Ethiopia’s power shortage problem, whereby almost two thirds of the population do not have access to electricity. So great will the output from the dam be, Ethiopia will generate a surplus which it can sell to its neighbours. It goes deeper than that though.

The dam has become a source of national pride. Ethiopia has funded the project without relying on external funding, using only government bonds and private wealth to finance it.

Many Ethiopians see it as sovereignty issue.

They reject foreign intervention as much on principle and defence of nationhood as anything else. Abiy Ahmed, the Ethiopian prime minister (and Nobel Peace Prize winner) has recently doubled down. In his words, ‘no force can stop’ Ethiopia building the dam. The project is already 75% complete and spans the breadth of the river.

Ethiopian water minister, Seleshi Bekele, has confirmed that the dam will be generating power via two turbines by December. Accusations have also come out of the government in Addis Ababa that Egypt intends to use talks over the project to cause ‘unacceptable delays’.

There is also a case to be made for the advantages the dam will bring to the wider region. An eager market would not be hard to come by to offload Ethiopia’s excess energy. Sudan, Kenya, Djibouti and others suffer from substantial deficiencies in their own ability to meet electrical demand.

Cheap energy could do much to further development in an otherwise deprived part of the world. Uniting the area under a common energy grid could do much to promote international cooperation and stability. This would come as an essential reprieve, especially to those in war-torn regions such as South Sudan and Eritrea.

Environmentalists are also likely to applaud such a sustainable solution, particularly within emerging nations. Sudan, arguably the third actor in discussions over the dam, has further vested interest. Aside from the energy benefits, Sudan has geographical concerns that make the nation more sympathetic towards the dam.

Currently, there are widespread issues with flooding in late summer for the Sudanese. By controlling water flow, levels could be kept at an equilibrium. Osama Abdul Latif, Sudan’s major irrigation entrepreneur, called the dam “the best thing that’s happened for a long time”. Clearly the project would give Sudanese farming a major boost.

On the other hand, the Egyptian’s are right to worried. 90% of the country’s water supply comes from the Nile. There are also concerns that changes in water flow could affect the supply to Lake Nasser.

This reservoir, north of the Aswan dam, is the source of most of the electricity to the Egyptian grid. It is difficult to overstate the importance of the river for Egypt. Water minister Mohamed Aty has estimated that even a 2% reduction in flow could lose Egypt 200,000 acres of usable land.

Officials estimates from the U.N. predict major droughts across the north African nation by 2025. In a nation of almost 100 million people, such a situation would be calamitous. Then there is the issue of national pride.

For many, the Nile is synonymous with Egyptian identity. Efforts to undermine Egyptian control of the waterway are regarded as destabilising to the region as a whole. In 1929, during the twilight of the colonial administration, giving Egypt and Sudan rights to almost the entire river.

The treaty was renewed in 1959, giving special veto powers to Egypt over projects conducting by upstream countries. For its part, Ethiopia sees no reason why a decades-old treaty, which made no allowances for its own interests, should stand in its way.

Whether the situation will descend into war is at yet unclear. Of greater concern is what the tension represents. To me, this brings the world ever closer to an era of water wars.

Such a concern is not wild science fiction fantasy. In 2018, the European Commission’s Joint Research Centre suggested water would be a leading cause of conflict in the future. Egypt and Ethiopia’s current dispute may not be the start of warfare for water.

But equally it shouldn’t be taken trivially. If history has taught us anything, it’s that ignoring regional political struggles can have very dangerous consequences.