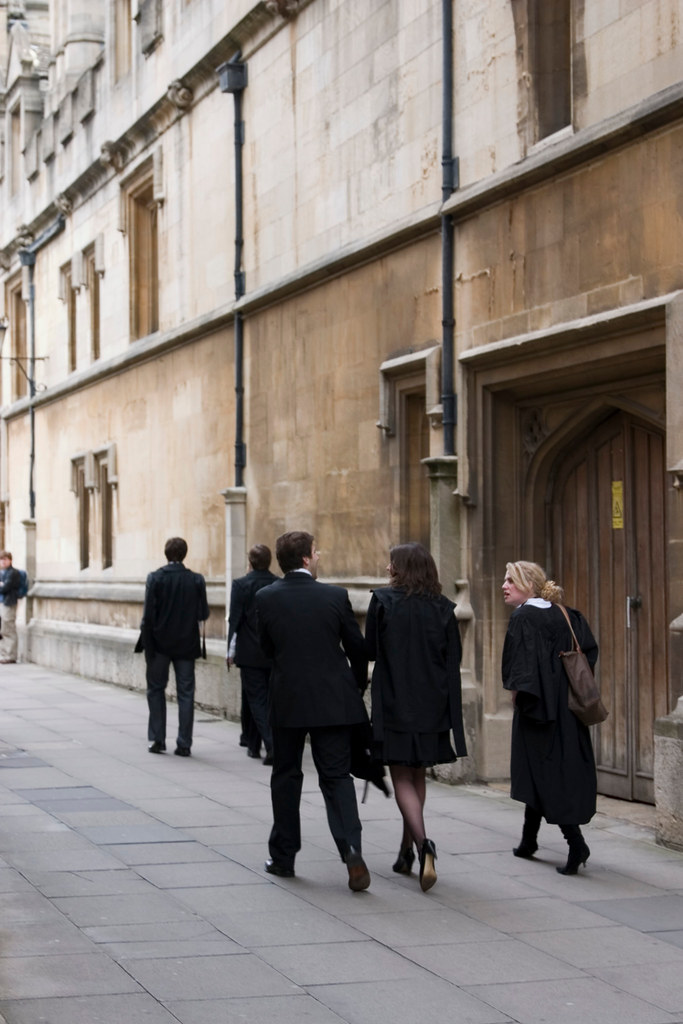 Oxford has long since been in the public eye when it comes to universities, but in recent years the mythology surrounding out university has found a new manifestation– the phenomenon of the Oxford youtuber.

Creating mainly academic based content, a teenage audience are shown the highs and lows of Oxford life, from essay crises to bridge Thursdays, to satisfy their craving for an authentic picture of the university. We see worryingly lengthy “study with me” videos, organisational tips and tricks, and countless vlogs of day to day uni life, opening up the educational tourism that Oxford is so steeped in to a whole new audience.

Oxbridge is presented as aspirational, the broadcasting of student life glorifying the Oxford Image and encouraging many more young people to apply to study here, which is definitely a positive, especially for people with less aspirational backgrounds. However, this romanticising equally fuels the perceived superiority of our university, distancing its image from that of other equally successful institutions. People get hung up on their Oxford offer, the notorious admissions process making the stakes higher, and the grand architecture glorifying what it is to be a student here. The difficulty of getting in means many end up disappointed, the Oxford dream now a bitter reminder of failure.

The regimented lifestyle of library, gym, Park End is common to see online, any extra time filled in with various extra-curriculars and societies that the university so loves to advertise. In the need to cram every second with activity and not lose out on the Oxford Experience, social media misses out on the impromptu meet-ups and communal spirit which makes the workload so much more bearable. Many arrive in Oxford thrown by the sheer amount of work and a crippling imposter syndrome, but also with a sense of obligation to row, join the union, attend every event possible and go to every Bridge Thursday possible – it is no surprise how exhausting terms are when so much else is crammed in alongside academic work. Attending Oxford implies a different kind of uni experience, which to some extent is true, however on a screen, an Oxford student’s life is miles away from what other unis, and even most people at Oxford, actually experience.

Oxbridge is presented as aspirational, the broadcasting of student life glorifying the Oxford image.

The overwhelming image is one of intense study, which is true to some extent, but perpetuates a stereotype of bookish and work-obsessed students, when in reality many get by just fine with the bare minimum. It is worryingly easy to find videos of breakdowns about the workload; the sense that Oxford students work hard and play hard is very well established, and viewers are shown they crash hard in equal measure. But, understandably, vloggers omit the personal details, so any emotional content is work related, a case that is far from reality. The closeness of the college atmosphere mean that friendships are much intensified, vlogs filter out much of the mundane social interaction that punctuates our time here.

Impressionable teenage viewers obsessively consume content about Oxford, leading to an endless stream of questions and queries that is isn’t possible for a singular viewpoint to accurately represent. Any single person can only account for their college and their course, feeding many myths that are immediately expelled upon arrival. Much content is devoted to the old fashioned or odd traditions – matriculation, formal hall, stories of tutors banning laptops, presenting the university as quirky and interesting rather than stuck in the past. Despite the familiar setting, the portrayal of modern Oxford life is missing something. Between the detailed work schedules, the cutesy coffees and meals out, and the never-miss-a-bridge mentality, youtube fundamentally misses out what makes Oxford so enjoyable and so exhausting – chaos.

The varying workloads that swing from leisurely to unbearable within the space of two emails. The night time romps around Tesco after a long day in the library. The impossibility of making plansfurther than two hours in advance because you have an extra tute sheet due in tomorrow. The kebab van culture that makes the laughably early club nights seem bearable. (Ahmed’s only please!) These are all things that the filtered footage of youtube cannot replicate. In Oxford, the feeling of only just managing to keep track of what is happening is common, vloggers by nature appearing in control and calm however their internal state. Almost no one here seems put together, but that seems part of the fun of being student here.

A screen cannot replicate the close intensity of the city and its colleges.

A screen cannot replicate the close intensity of the city and its colleges, or the borderline sense of claustrophobia that many cannot shake. Yet surely these are all the things that so distinctly characterise an Oxford education. It isn’t really abot the sub fusc and neatly planned schedules. Rather Oxford is about that unshakable sense of spontaneity, that you never quite know what is next about to happen.