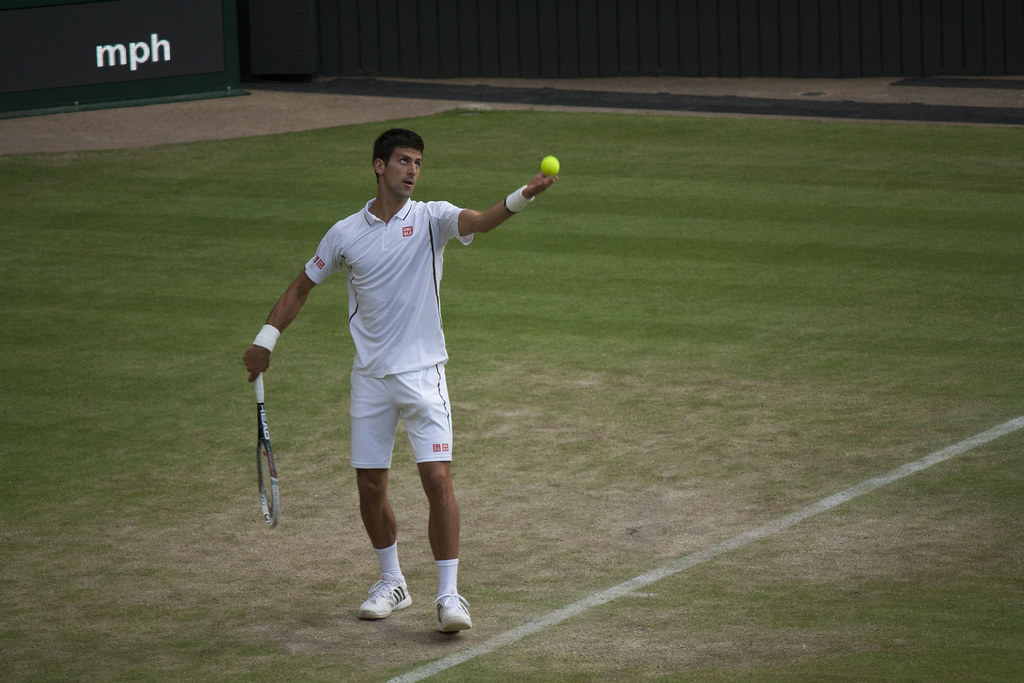 It is always potentially hazardous to open a discussion which seeks to decide once and for all who is the best in a certain sporting category. Messi or Ronaldo? Hamilton or Schumacher? Biles or Comaneci? Titles and achievements are compared, difficulty of opponents assessed, and memories recalled. If things get heated, each point is hurled more vehemently than the last. I remember the hour-long standoff between my dad and my brother over the respective merits of Justin Fashanu’s screamer for Norwich in 1980 against James Rodriguez’ chest and volley against Japan at the World Cup.

Yet this kind of heartfelt sentiment is rarely expressed more forcefully than in a debate over the greatest male tennis player in history. It is not inconceivable to suggest that a pair of tennis fanatics may disagree to the point where Centre Court is traded for a magistrates’. A proverbial baseline slugfest, one might say. Federer or Nadal or Sampras or Laver or Borg? There are so many contenders, but my answer is not even one of those five. Step forward Novak Djokovic.

Hear me out, I beg of you. A mere five days ago, the Austrian Dominic Thiem was toppled by Djokovic in the Australian Open final in what was the Serb’s seventeenth Grand Slam singles title. This victory meant that Novak moved to within two of Rafael Nadal on the all-time list, and just three off Roger Federer in first. So why is he superior to both Federer and Nadal, when he has won fewer Grand Slam trophies?

Before we analyse tennis’ answer to the Holy Trinity, let us first compare Djokovic to those of a bygone era. What differentiates the current world number one most from his twentieth-century counterparts is the strength of the opponents he has faced. The clay-loving Swede Bjorn Borg had no serious rival at the French Open throughout his career; common enemies Jimmy Connors and John McEnroe never won in Paris. Granted, Rod Laver had Roy Emerson to deal with but tennis in the 1960’s was very much the two Australians and little else.

By contrast, Novak’s career is characterised by fierce rivalry with both Nadal and Federer, but also high-quality apprentices like Andy Murray, Andy Roddick and Stan Wawrinka. What’s more, there has been no clear surface which Djokovic can easily exploit. Rafael Nadal’s has effectively monopolised the French Open, such is his dominance on clay, and Federer stands in the way both on grass and hard courts. The statistics back this claim up; Djokovic has the highest Elo rating score in Open Era history, which takes into account the quality of opponents faced. The greatest must come from those competing in the new millennium.

As such we have eliminated all contenders bar Djokovic, Federer and Nadal. At this stage, it is Nadal who falls by the wayside. The greatest must transcend styles, surfaces and different challenges to assert his dominance in many different ways. Rafa is unequivocally the king on clay, of that there can be no question, but he is inferior elsewhere. A head-to-head comparison confirms this – Djokovic leads Nadal 22-9 in matches away from clay, and Federer leads him 14-10. Nadal must be struck off the list. Federer and Djokovic remain.

At this stage, the imminent wrath of the Roger brigade becomes noticeable. How can the humble and elegant Swiss, with his dashing good looks and impeccable demeanour, be conquered by the gritty, robotic Serb? After all, Federer has twenty Grand Slam titles. Djokovic has seventeen. Case closed.

And yet the Federer fan club cling on. Djokovic may edge it in terms of pure statistics, they concede, but what about style, panache, grace? The Swiss has been incredibly successful with an aesthetically pleasing, and at times breath-taking, technique. There is something unsettling about Djokovic’s freakish court coverage and machine-like returning ability. That must count for something, no?

But this is in fact grossly unfair on the Serbian. His technique, while perhaps less fluid than Federer’s, is nevertheless as close to textbook as possible. Renowned coach Nick Bollettieri agrees: “When you look at match players in the history of tennis, I don’t believe that anybody can equal everything on the court that Djokovic does. I don’t think you can find a weakness in his game. His movement, personality, his return of serve, his serve, excellent touch, not hesitant in coming to the net, great serve. Overall, almost every player has a downfall; to me he doesn’t have one. He’s perhaps the best put-together player that I’ve seen over 60 years.”

And that quote encompasses precisely why Novak Djokovic must be considered the greatest male tennis player of all time. His statistics are arguably the best of anyone, but it is his mental edge and sheer infallibility at his peak which make him number one.