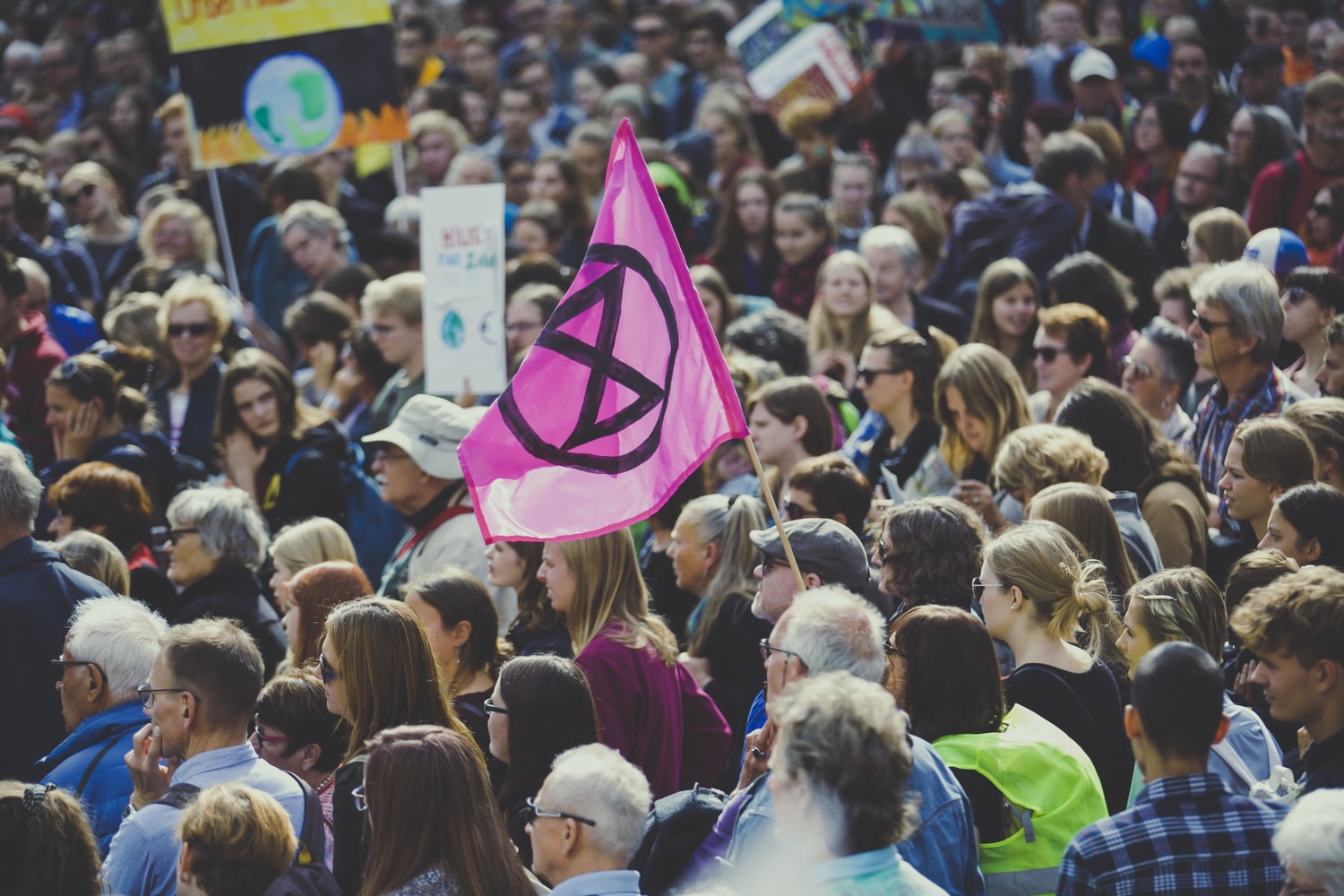 Extinction Rebellion (XR), the global climate activist group, has had its hour-glass logo listed on a UK counter-terrorism document alongside the logos of neo-Nazis and white supremacist groups.

The leaked police document, which contains a list of signs, symbols, and tattoos, was distributed to medical staff and teachers as part of anti-extremism briefings. The document also contains other non-violent groups such as Greenpeace and Peta.

In a nationwide statement, XR called the document “Crude Divisive Dangerous” and went on to express, “This labelling of ordinary people – grandparents, doctors, pregnant mothers, bus drivers, rabbis and more – concerned about the environment is deeply concerning and puts them at risk at a time when society needs to come together and face the climate and ecological emergency.”

But police claim the inclusion of XR was just a local error. Deputy Assistant Commissioner Dean Haydon, senior national co-ordinator for the UK’s Counter-Terrorism Policing, stated police do not consider legitimate protest groups to be a threat to national security and that “membership of them does not indicate criminality of any kind.”

Hazel Dawe, a member of XR Oxford who sits on the Ethics Committee of Thames Valley Police and has done police liaison for the group in the past, told The Oxford Student “I am bemused to hear that XR are regarded as terrorists by City of London Police and CTP South East. We are an entirely non violent organisation. Our experience of police liaison with Thames Valley Police has been that they have been extremely helpful in enabling our non violent protests locally and upholding our right to protest. They have also helped us deescalate tension with, for example, the Westgate Centre security team and irate motorists on the Botley Road.

“Our protest tactics change constantly but we will not be departing from our commitment to protest non violently. At our recent actions outside the Oxford Farming Conference, the Rural Affairs editor of the BBC called us the ‘nicest, most polite and constructive protesters’ he had ever met. We will endeavour to continue in that manner.”

At a local youth strike in Bonn Square this month, Oxford West & Abingdon Lib Dem MP Layla Moran extended her support to the activist group and denounced the document for including climate protest groups.

The MP revealed she had written to the Home Secretary and the Secretary of State for Education questioning the decision, saying at the rally that, “To brand them as extreme and dangerous is not fair. These people are passionate in my view for a very good reason.”

The guide was produced by Counter Terrorism Policing and is used across England as part of training for Prevent, the government’s controversial anti-radicalisation scheme designed to use the community to catch those most at risk of committing terrorist violence. The act encourages public figures such as teachers and doctors to spot signs of radicalisation in those around them and report to the police if they have concerns about individuals.