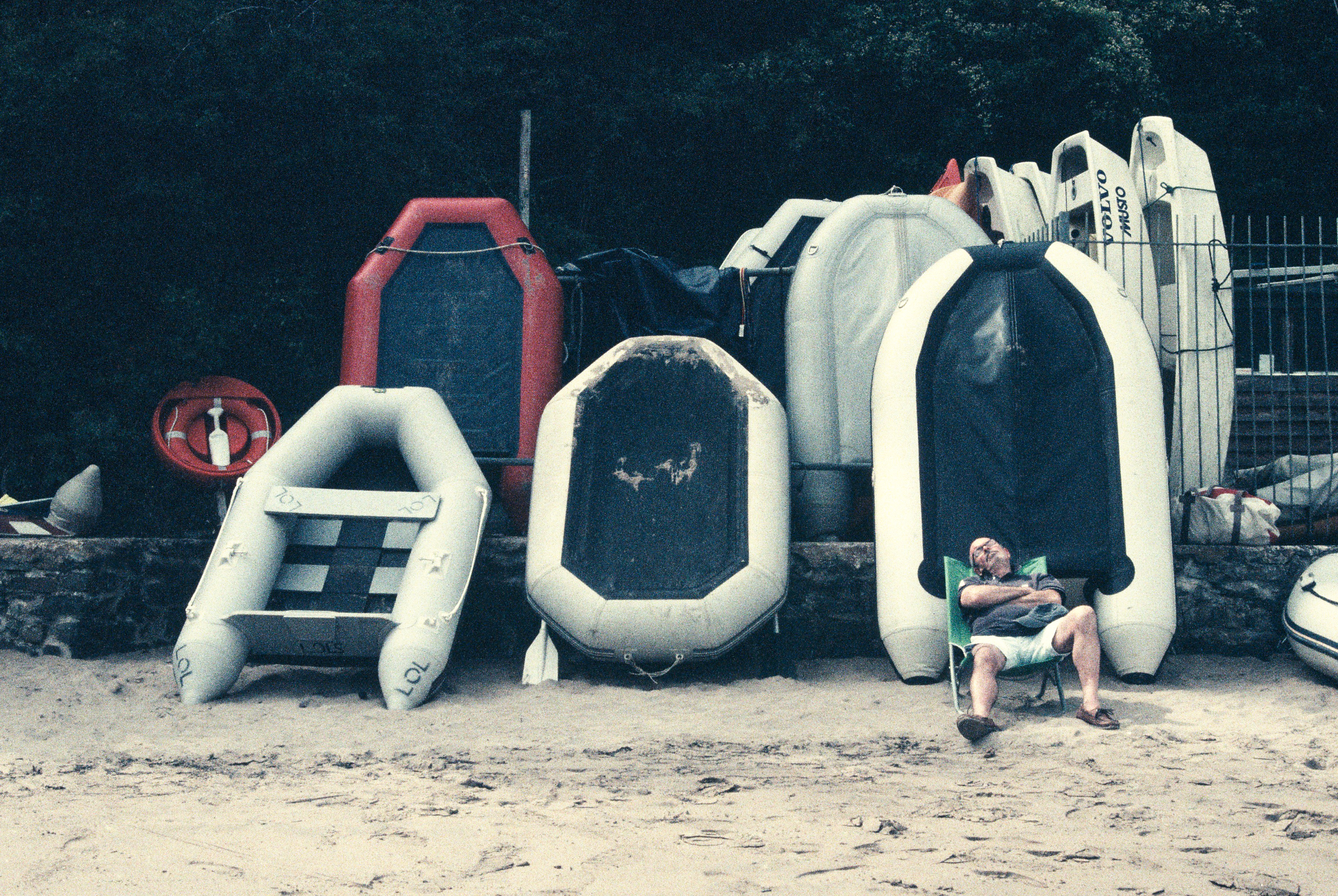 Image description: A man sleeps in a chair on a beach in front of three propped-up small boats

Photographing people is a tricky task. One might take the easy option, and take photos of those they know, who are comfortable on camera, easy to pose and easy to approach. Or, one might take the more difficult, but often more rewarding task of photographing strangers. There are two ways you can go about this: the more brazen might ask people for their portrait, perhaps they have an interesting character, perhaps the photographer is trying to document the people living in the chosen location. Humans of New York is the classic example of portraits of strangers where the photographer builds a relationship with the subject. The second way is to take photos of people without them knowing.

Depending on the context of this some might believe this is an invasion of privacy, and this is certainly up for debate, but the kind of subtle, artistic, ‘street’ photography I speak of is not the aggressive paparazzi style, but rather it picks out interactions: between people, and between people and things. There are many ways to go about photographing people. There are those who have the confidence to be close to their subject, to take photos so vividly within the action that a viewer might feel as if they are there in the moment. On the other end, you have a subtler approach, one that artfully uses the aesthetics of space to frame the people within it.

Originally I found this task quite difficult, practising my composition on photos that included family or friends, or keeping a certain distance while trying to still compose a frame. Photographing people you don’t know can be a scary task, since there is always the danger they might not respond well. Often, playing the role of clueless tourist was my safest option. One thing that helped my confidence was using a film camera rather than a digital one since for whatever reason it appears more artful than the large black bodies of modern cameras associated with news reportage. People are more likely to brush you off as a hipster, or some wannabe artist (and a 1970s film camera is also less likely to be stolen than its modern equivalent).

People are more likely to brush you off as a hipster, or some wannabe artist

A candid moment is always hard to capture, especially in a way that is actually interesting. I found myself quite critical of the sorts of images I wanted to take, often preparing to take a photo and then deciding not to rather quickly as the scene didn’t play out to be the image I had anticipated. Nevertheless, over my few years of photographing in this style, I have managed to capture people in various ways, doing various things, in photographs, I feel proud of. I would encourage anyway on their travels to focus not only on the places but also on the people. Quite often, boring trips will become quite entertaining as you learn to look for the art in the everyday.