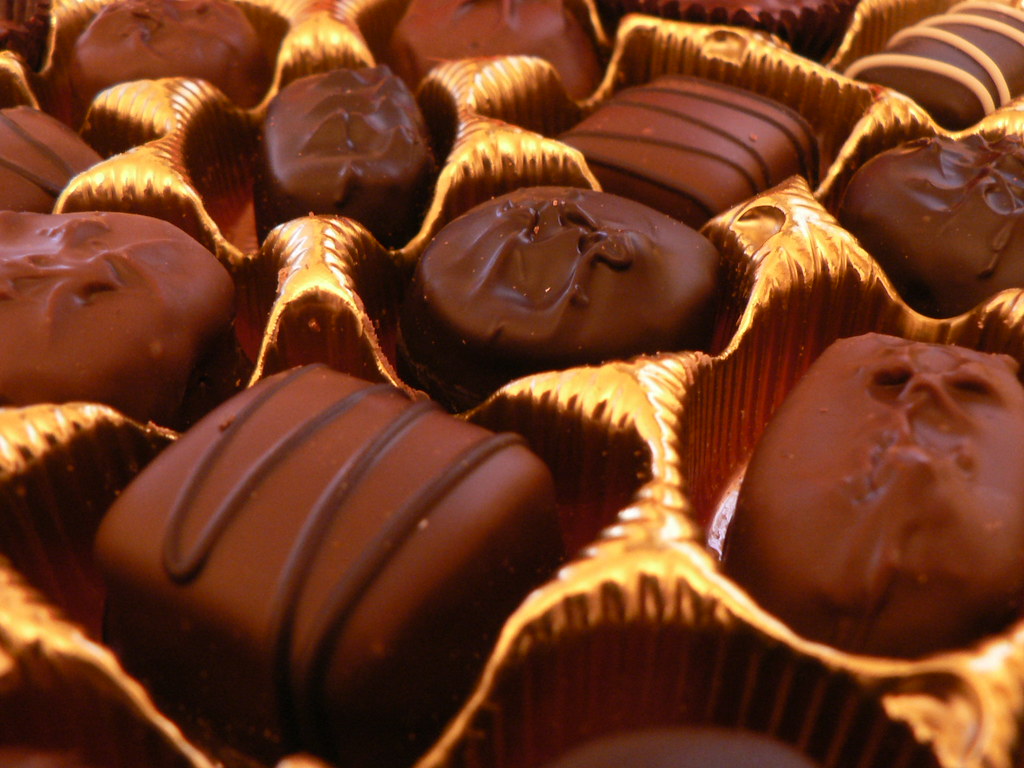 Theobroma cacao – the food of love

With St Valentine’s Day upon us, our thoughts turn to love – and chocolate! For some chocolate lovers, Shakespeare might have had a premonition when he composed the lines “Shall I compare thee to a summer’s day”? It gives a buzz that, in many cases, lasts four times as long as the most passionate kiss according to some kiss-intensive research. This was investigated by Dr David Lewis using scalp electrodes and heart monitors in the romantic environment of a lab. Whatever floats your love boat!

Lovely and temperate chocolate most certainly is and, in the UK, each person notches up an average consumption of 11kg per year. So, let’s explore the how chocolate can impact our wellbeing! Surprisingly, it has a psychoactive effect which is caused by phenylethylamine which raises levels of endorphins in the brain. This chemical is also released naturally when we fall in love and is an aphrodisiac. This effect is enhanced by the presence of tryptohan, which is used to make serotonin which produces feelings of pleasure. Chocolate also contains low levels of anandamines and tyramine which stimulate areas of the brain in the same way as cannabis, which contains a similar substance, THC (tetrahydrocannabinol). Furthermore, chocolate can even promote the release of dopamine, one of the most important neurotransmitters in our brains! It’s not all about about the brain though, the sweet treat also contains many vitamins and some vital minerals such as calcium, iron, potassium and magnesium. Amazingly, a cup of hot chocolate made with cocoa powder has double the level of antioxidants as the often lauded green tea.

A psychoactive effect caused by phenylethylamine which raises levels of endorphins

Oxford University psychologists Edmund Rolls and Ciara McCabe used Functional Magnetic Resonance Imaging, essentially a brain scan, to show which areas of the brain light up in response to the flavour and sight of chocolate and the difference between cravers and non-cravers. These key areas of the brain (the orbitofrontal cortex, the ventral striatum and the pregenual cingulate cortex) are also affected by other addictive behaviours such as drinking and gambling. Apparently even looking at chocolate was shown to trigger a craving response in the brain! A combination of a picture of chocolate with chocolate in the mouth produced an even greater effect.

The physical effect of tasting chocolate and it melting so deliciously on the tongue derives from Newton’s laws of fluid mechanics. When you next slip a square of chocolate into your mouth, the chocolate, as it melts, must not be too viscous and must induce a shear flow between tongue and palate! For physicists, the perfect shear flow of a smooth and creamy sensation is achieved with a chocolate viscosity of 1.5-3.5 Pa s (pascal-seconds) at body temperature. Chocolatiers perfect the viscosity by the addition of lecithin – a natural fat which can smooth texture.

If all of this doesn’t spark a chocolate craving, the psychology of seeing a heart-shaped chocolate wrapped in red or pink foil is a further allurement to set pulses racing. Red is a thrilling colour: it warns of danger and is also firmly linked to attraction – the ultimate combo of mad, bad and dangerous to know! A 2008 study at the University of Rochester found that photos showing participants wearing red or against a red background were rated more attractive and sexually desirable. This is why someone blushing might increase their perceived attractiveness and hint at attraction.

Here’s hoping for chocolate in your pidge this Friday! A perfect package of chemistry, physics and physical desire!