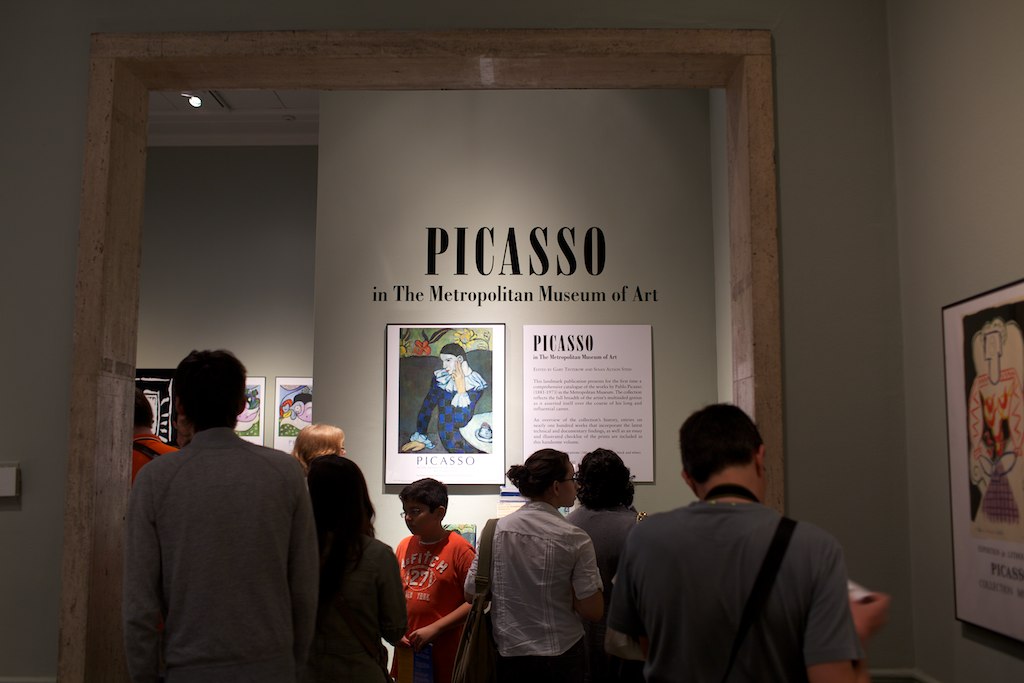 Who owns an idea: the problem of copyright in art

When I was around ten years old my parents took me to an Yves Klein exhibition – as I gazed into the large, blue paintings, my dad explained that I was looking at “Klein’s blue”, and that using this particular blue without the artists’ authorization was illegal – I felt outraged. Would this mean that if I mistakenly used his particular shade of blue I would end up in prison? How could one claim a colour?

In fact, what Klein tried to patent (unsuccessfully for that matter) was not the colour blue itself but the recipe for the particular pigment he used. For an artist whose work relies mainly on the vibrance of a pigment, protecting his paint was an important part of protecting his own work.

In Klein’s case, copyright served two purposes: one was to protect the artist’s interests and commercial gains, and the other was to use copyright as a clever, integral part of the artist’s work. By claiming ownership of the International Klein Blue, Klein purposely raises the question of ownership in art, pushing the boundaries and using the law to create a new dimension to his work.

Essentially, copyright exists to protect a market of ideas. Laws against stealing objects seem simple enough, but copyright protects intangible things – the idea of things, symbols. Picasso paintings, at the exception of a few handfuls, are still protected by copyright laws, meaning in order to use the images one must get into contact with the Picasso estate (which is a registered brand name). Not only does this mean, at its most basic level, that you cannot use a Picasso painting in print without authorization from the estate, it also means that partial or total reproduction of the work infringes copyright law.

It might be reassuring to know that most breaches of copyright will not face the court of justice: the effort and cost are simply too big for most brands or companies to sue systematically. Using part of Picasso’s Weeping Woman in a corner of a piece for your A level art exhibition will not, in fact, get you arrested or indebted for life. The main risk is when large corporations, or to put it more simply large amounts of money are involved. So the average person will probably be able to make art that includes Picasso, Mickey Mouse or references to adverts and other copyrighted material without too much risk – but how about famous pop art, satirical art, or any fart that might be based on transformation of existing works, and wants to enter the contemporary art market?

The main risk is when large corporations, or to put it more simply large amounts of money are involved.

Jeff Koons is one of those pop artists that has been sued countless times for breaking copyright laws. In 2018, for instance, his work Fait d’hiver, largely based off an advert by French ad executive Franck Davidovici for the clothing brand Naf Naf, was the object of a lawsuit. The court ruled that Jeff Koons should pay the equivalent to around £150,000 to the artist in damages. The sculpture, however, was not seized – and went on to be sold more than 4 million euros, none of which Davidovici was entitled to.

The Fait d’Hiver case is one of many, and illustrates the problem of copyright when it comes to art: contemporary art prides itself on transgression, pushing boundaries, commentary of contemporary society. But how can an artist comment freely on today’s world, if so much of the reality we live in is protected by copyright? How do you reconcile fairness with transgression? Essentially, the question is that of the limits of freedom of expression.

How do you reconcile fairness with transgression? Essentially, the question is that of the limits of freedom of expression.

Thankfully, most countries’ laws include the right to use work in a transformative way: Andy Warhol’s work, for the most part, has been protected in court by virtue of its transformative nature. But at the end of the day, what counts as transformative and what does not is mostly determined by the jury in court.

Mickey Mouse, for instance, is protected by copyright laws, and the Walt Disney Company has a history of not taking copyright matters lightly.  Famously, in the 1970s, a group of cartoonists called the Air Pirates wrote a series of satirical comics starring Mickey and Minnie Mouse who engaged in graphic sexual activities. The Walt Disney Company sued them, and the trial went on for around ten years, until, after 2 million dollars of legal fees, they chose to give up the case – as long as the comics were discontinued. In 1984, The Harvard Law Review noted that the case’s judges were arguably biased, by their outrage at “mimicry that they consider tasteless and offensive and to vindicate the moral rights of the authors”.

As long as the public eye and money are involved, copyright laws give a clear limit to freedom of expression

As long as the public eye and money are involved, copyright laws give a clear limit to freedom of expression, and unfortunately one that is largely determined by money. But it might just be that censorship is common to all art across history, and that outrage, court trials, and other hardships are, to some extent, the trademark of transgressive art.