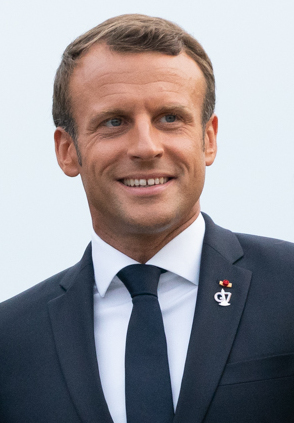 Macron’s quest for a European Renaissance

The recent killing of Iran’s Quds Force commander Qassem Soleimani by US airstrikes sent shockwaves throughout the world. By the time European Commission President Ursula von der Leyen issued her delayed appeal for calm, most European leaders had already reacted to the crisis.

The UK’s condemnation of the “aggressive threat” from Iran diverged in tone from the German labelling of the US strike as unhelpful for “[reducing] tensions”. Nevertheless, the first European country to respond on Friday morning was, in fact, France. Foreign Affairs Minister Amelie de Montchalin said the killing had created a “more dangerous world”.

The statement was met with criticism from Washington and led France to reiterate solidarity with its US ally. But France’s response stood out for another reason – it entailed immediate action.

Montchalin announced that Emmanuel Macron was due to speak with Vladimir Putin on the crisis. The president then hurried to issue a statement, calling “on all parties to exercise utmost restraint and responsibility”. Upon closer analysis, these developments reveal a shift in the leadership and voice of Europe.

For decades, French foreign policy has championed values it considered to be universal – tolerance, equality, justice and emancipation for all. The collapse of the Soviet empire signified for many the ultimate triumph of such western values. Events since then, however, have proven all but the latter.

It is undeniable that France faces today serious rivals like in its immediate neighbourhood. The USA, under President Trump, has shed doubt over the reliability of Europe’s traditional security umbrella. China is cementing economic power with military might, while building influence abroad through extensive investment and commercial technology.

Europe, meanwhile, is teetering on the brink of populist nationalism. This comes as the aftermath of the 2008  crash, the migrant crisis, and a deadly wave of terror attacks. Yet this gloomy picture of ailing Europe caught between global giants has not evoked pessimism in the French president. His solution: Europe must regain its sovereignty and guarantee its autonomy to protect its ideals and interests.

Macron is well aware that France, on its own, does not amount to much more than a medium-sized power.

Instead, he plans to use the EU as a vehicle for ensuring his country’s continuing relevance on the world stage. The window of opportunity came from Germany. Angela Merkel was for long considered the de facto leader of the EU.

Already, Macron’s efforts are bearing fruit. The European Intervention Initiative (EI2), Macron’s birthchild, has gathered support beyond its 9 founding members. It aims to establish a ‘shared strategic culture’. It will allow for joint military operations, civilian evacuations, or disaster relief. Recently, it welcomed Sweden, Norway and Italy, with Greece announcing its intention to join.

The French-led organisation represents a major step in Macron’s pursuit of a ‘real European army’. It is also due to encompass the Permanent Structured Cooperation (PESCO).

France is well-suited for leadership in the military domain. It is now the only European country possessing nuclear weapons and a permanent seat on the UN security council.. However, the EI2 is far from merging Europe’s various armed forces into one. For one thing, the right to put troops ‘in harm’s way’ is likely to be jealously guarded by national governments. Likewise, any attempt to encroach on matters addressed by NATO could potentially meet scepticism and resistance.

Macron’s work within the EU is part of a greater effort to reform the bloc. He argues it has forgotten its history as a political and cultural community. That is why, among other things, he has opposed North Macedonia and Albania’s entry into the union. He calls first for an overhaul of its accession procedures to reflect these parallel dimensions.

Indeed, as countries whose governments do not share core European principles like tolerance and freedom join the EU (Orban’s Hungary, Kaczynski’s Poland), it risks losing its claim to be anything more than a trade bloc. Like other leaders, Macron has criticised the EU for being increasingly bureaucratic and inefficient. Better cooperation on counter-terrorism, a unified approach to 5G and data protection, and preventing abusive trade practices from countries like China, are, in truth, highly necessary and desired. But a natural partner in any bid to effect change is, undoubtedly, Germany.

Here Macron’s greatest opportunity to shine – the vacuum of inaction in European politics – has also become a formidable challenge. In following Macron’s lead, Germany has been frustratingly slow. It has joined and supported the EI2, but barely responded to his call for increased eurozone integration on budgets and trade.

All the while, the UK is focused on Brexit, Spain is distracted by a destabilising electoral process, and Italy has only just retaken its role within the EU since the departure of Matteo Salvini, a Eurosceptic populist. The task of securing regional partners to his cause will put Macron’s ability to lead Europe to the test. Add to this that Macron’s competence on the international stage depends on his success in overcoming paralysing strikes over unpopular pension reforms and environmental taxes, and it becomes clear that the odds are not necessarily in his favour.

At 42 years old and with a middle-class background, Macron is the antithesis to the ageing German chancellor. Merkel stands for Europe’s old guard. Macron, on the hand, represents the younger generation.

This has gone a long way in winning him support, but his meteoric rise up the French political ranks denies him the kind of experience possessed by his German counterpart. Moreover, to secure the backing of the masses of Europeans discontented by growing inequality and falling job security, he will have to prove that he is not, as left-wing sociologist Monique Pinçon-Charlot has dubbed him, a president of the ‘ultra-rich’.

As for the wider world, Macron’s main priority, and a promise that has aided his election in 2017, is fighting terrorism. He regards “radical political Islam” as “undoubtedly the foremost enemy of European humanist values…” Apart from committing 3,000 troops to fight Islamist militants in Mali, initiating Operation Sentinelle in France, and quickly joining the US-led coalition in Syria, he has repeatedly voiced support for improving ties with Russia.

The president argues the countries’ common interest at curbing terrorism demands cooperation, and thus seeks peace talks between Ukraine and Russia that would facilitate the latter’s re-entry into the G7. His strategy is based on the assumption that sanction-ridden and diplomatically isolated countries act more unpredictably and irresponsibly and therefore it is in the West’s best interest to give Putin something to lose.

While admirable for its high ideals, this method risks jeopardising European interests in the long term through appeasement. By affording them the valuable time and conditions (such as little diplomatic pressure, few economic sanctions, or even cash transfers) to develop the capacity for renewed confrontation with the West, Macron would be playing into the hands of dictators and autocrats.

Macron’s attitude towards Russia is part of a wider traditional outlook of France as a mediating power. It combines a willingness for dialogue with military credibility “to build balances to stop the whole world from catching fire.” This is reflected in his relationship with Trump.

Over lunch with the American president, he secured his proclamation of willingness for bilateral talks with Iran, a display of impressive diplomatic skill. This, like his offer to help Brazil tackle its rainforest fires, did not yield any meaningful results, but at a time when the Middle East threatens to escalate uncontrollably, an approach which promotes open discussion is an encouraging prospect.

Like Trump, Macron has proven himself unafraid to tear up the rule book of  diplomacy. European leaders have often dismissed Macron’s actions as ‘radical’ or ‘dangerous’.

Instead, in a Europe divided, they could benefit from engaging with his vision. A European leader preaching activism and taking risks is a welcome novelty.

Macron, for his part, would do well to refrain from his unilateralism and occasional surprises.

His attempt to save the 2015 nuclear deal, without consulting Europe, is a recent example. If he is to succeed in awakening Europe from its slumber, it will not be as a lone wolf.

Only bracing arms with Europe’s other leaders will give his vision the vitality it needs. Whether the new decade will bring a French ‘renaissance’, or confirm the fears of ‘declinists’, remains to be seen. For now, Macron certainly seems to find the ‘quest for change’ to be a comfortable wave to ride.