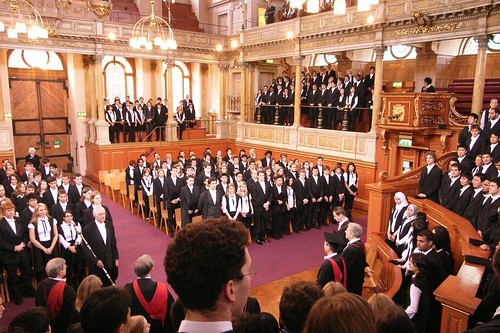 Dealing with Oxford as an Independent Student

Emily Macleod shares her experience as an Independent Student

Not many people know what an independent student is and it’s pretty difficult to define as there are so many situations that can lead to a student being financially independent of their family. According to stand alone, the main reasons for a student under 25 to apply for this status is that they haven’t had contact with either of their parents for a significant period of time, they have supported themselves financially for a total of at least 36 months before the start of their studies or they are a care-leaver. There are around 9,000 UK students who have no relationship with their families.

More often than not, these students have been through some really terrible things and you wouldn’t be able to tell. Trauma doesn’t need to be brandished across our foreheads, though the effects are almost always present. A family’s hostility towards pursuing higher education or coming out as LGBTQ+, refusing a forced marriage, FGM or escaping abuse can often be the cause of estrangement.

I started full-time work on the day of my 18th birthday.

After escaping from a miserable and abusive family environment, going to Uni was probably the last thing on my mind. My education had already been hindered in almost every way possible, from forced removal from school for elongated periods of time to moving school around 11 or 12 times (I can’t even remember the exact number of schools I attended with the shortest period I spent at one being four days), to an undiagnosed learning difficulty. I didn’t have the opportunity to grow close to a teacher for a long enough period of time to gain confidence and the language barrier from my parents moving to another country for a number of years before returning to the UK didn’t help either.

People didn’t expect a lot from me and to be completely honest, at times, I didn’t expect a lot from myself. With nowhere to go, having enough money to go to Tesco and pick any food I wanted was the main ambition (Olive oil? The epitome of luxury). Before turning 18, I was given a council flat to stay in and a social worker visited every week to make sure my basic needs were fulfilled. After that, I was on my own. I started full-time work on the day of my 18th birthday, essentially as soon as I could.

One evening I was feeling rather disheartened about how much my situation had gotten in the way of being able to do something with the academic potential I knew I had. That was when through searching the terms ‘Oxford Uni’ on google and thinking to myself “Imagine what it could have been like if things had been different…” I fell on the Foundation Year at LMH. When I read the description of the type of applicants they were looking for, “academically-able students from underrepresented backgrounds”, a newfound hope overtook my life as I started to believe that maybe, just maybe, I might be good enough for Oxford despite the disadvantaged position I was applying from. I started studying for my A-Levels completely on my own with the help of a few textbooks while continuing to work full-time. And as it turns out, my interviewers believed I had the ability to succeed at Oxford and I was accepted to study French on the LMH Foundation Year in 2018 and then accepted again into first year undergraduate study at Oxford in 2019.

While I am incredibly proud of these achievements, it’s not exactly easy to study at Oxford without a family to support and guard my ambition, to reassure me when things get tough and celebrate with me when I get a good grade, to have somewhere to go home to when I need a break from the Oxford bubble and a lifeline when I need help. The stability and care of a family home is something that is really difficult to go without at Uni. What do you say if someone asks where and how you spent your Christmas? How do you explain, without making everyone feel bad, that you didn’t go home over the vac because you don’t have one?

There are so many situations that can lead to a student being financially independent of their family.

I am incredibly grateful for the Foundation Year and the fact that it has provided me with the confidence and the potential to succeed in my studies at Oxford. Only a few years ago it would have been impossible to imagine I would be at University at all let alone studying at one of the best in the world, having discussions with some of the best academics in the world. Thanks to the support and effort that was put into my development by everyone involved in the Foundation Year and the welfare provided to me by a few very kind-hearted tutors, I would not be sitting here in these breathtaking surroundings planning my next steps with the privilege and proximity to success that Oxford indulges its students with.

With this in mind, despite initiatives like the Foundation Year and the recent inclusion of Oxford University in the stand-alone pledge for providing a duty of care to estranged students, there are certain things that still need to be dealt with. The vulnerability of our situation persists. If we end up suspending our studies for whatever reason, independent students have nowhere to go. If we have not found immediate employment lined up after graduation and secured the funds to pay for a deposit on new housing, we have nowhere to go. Amongst others, these worries weigh hard in my mind as I navigate the already brutal experience at Oxford.

This article wasn’t written with the intent to obtain pity or commendation but rather to raise awareness, for all independent students, of the issues we face that are so often overlooked or misunderstood. In my time at Oxford, I have met so many other students in similar situations to mine and countless students who have had to overcome other types of obstacles and disadvantages in their route to education. It is vital that we treat these students with the respect and compassion they deserve. We are not at all in a race to prove a bigger disadvantage to each other or to devalue the achievements of students more privileged than ourselves. Acceptance and consideration are vital and it is not enough to simply throw us in the deep end and trust we’ll turn out fine in an environment so radically different and so much more privileged than what we’re used to.