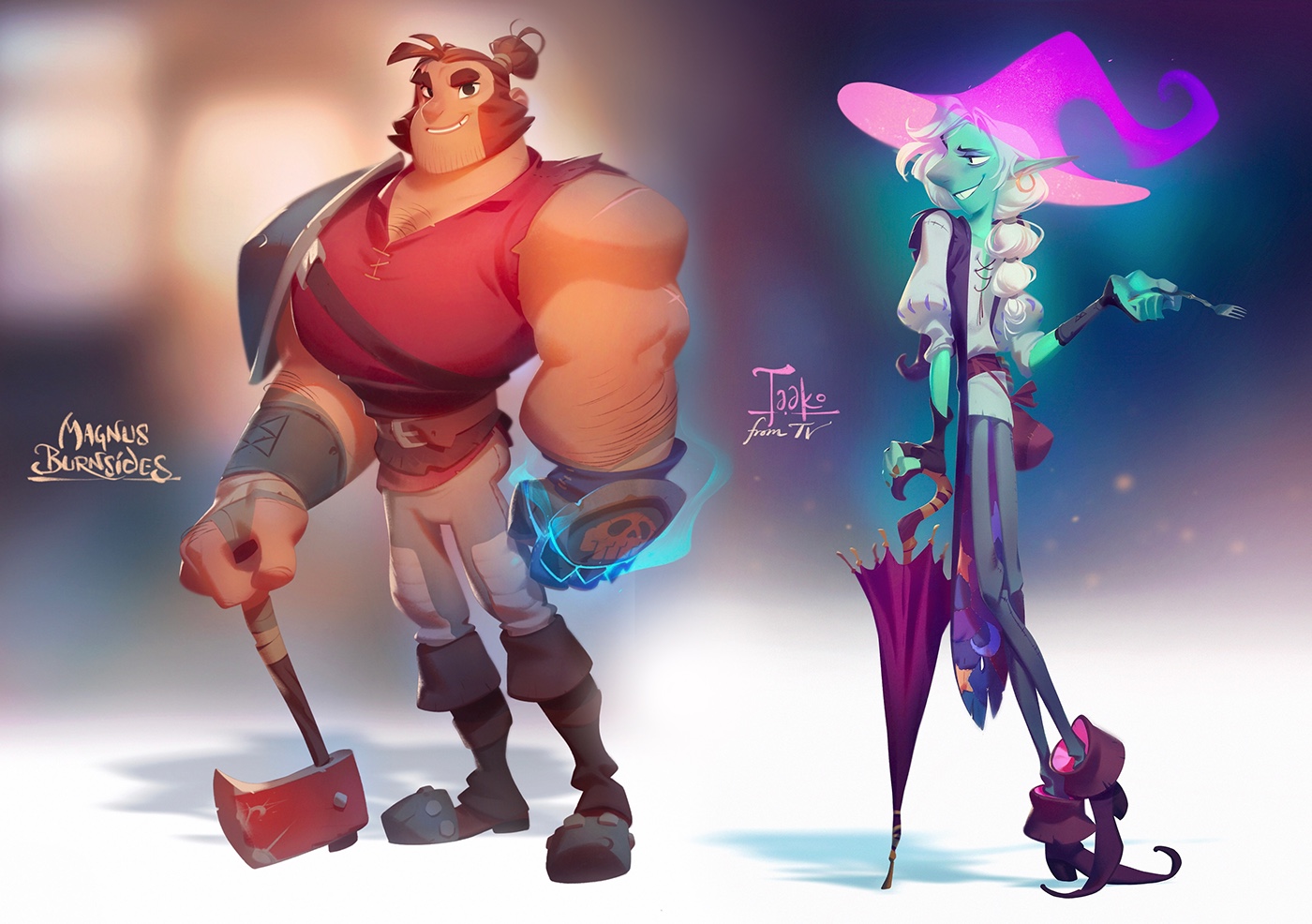 ‘Be Gay, Do Crime’ – Appreciating LGBTQ+ representation in fiction podcasts

Image credit: “The Adventure Zone” by Nicholas Kole is licensed under CC BY-NC-ND 4.0

Like many of my peers, I’m hungry for queer stories that aren’t exclusively about being queer. Coming-of-age and romance stories, while great on their own terms, are not my favourite genres, and I have little hope for more than token LGBTQ+ representation in corporation-owned blockbuster franchises. So I’ve turned to podcasts for the content I enjoy — like gleefully intricate world-ending conspiracies, bizarre action sequences, improvised jokes, and slam-dunking the ‘bury your gays’ trope into the trash can where it belongs.

Podcasts fill the niche of highly ambitious genre-bending fiction which just so happens to have unapologetic LGBTQ+ representation. In the case of space-noir-sci-fi series Juno Steel, one of two ongoing storylines on The Penumbra Podcast, the writers themselves are LGBTQ+. Sophie Kaner and Kevin Vibert have created a deliciously tongue-in-cheek, gritty, futuristic world (specifically, it’s Mars) where a homme fatale master thief rubs shoulders with galaxy-trotting criminal wives. Other shows with more conventional premises, from Dungeons-and-Dragons-based The Adventure Zone to slow-burn horror anthology The Magnus Archives, provide a similar vein of gentle humour which can only stem from a deep understanding of and respect for LGBTQ+ communities.

It’s often inspiring, and very moving, how these offerings from independent creators casually normalise LGBTQ+ identities. They’re not shy about explicitly stating those identities, nor are their complex major characters ever reduced to mere labels. Juno Steel’s titular protagonist is a jaded private eye, deliverer of angsty monologues, sharpshooter, antihero with a troubled past, and certified bisexual disaster who goes by he/him pronouns but regularly refers to himself as a lady. What’s more, multiple other characters call him a lady too! The podcast won me over instantly in a very early episode, when our resident nonbinary legend responded to a comment about gentlemanly behaviour by quipping, ‘I’m more of a lady myself.’ The fact that this exchange happened during a fistfight at a fancy party was perhaps the most in-character and genre-appropriate context possible.

The Penumbra Podcast is far from an isolated case. Some of my all-time favourite moments come from The Adventure Zone, whose first campaign (subtitled Balance) gave us a lovable gay elf wizard and several memorable quotes too profanity-laced to be printed. The second campaign, Amnesty, has one player character being asked in an awestruck tone after she displays her powers: ‘What are you?’ Her reply: ‘Oh, I’m bisexual.’

The creative outpouring of podcasts should come as no surprise. Radio drama has a rich history as popular entertainment, from a notoriously convincing adaptation of H. G. Wells’ The War of the Worlds to long-running BBC soap opera The Archers. It’s only natural that audio-only storytelling has found a new lease of life with 21st-century technology. Nowadays, you can find podcasts on Spotify, Apple Podcasts, YouTube, or whichever app you prefer.

Regardless of where you get them, though, one thing that podcasts have in common is the fact that they’re free. Considering the quality of writing and production that the best podcasts have on offer, that’s frankly mind-blowing. There are numerous incredibly talented people out there who are eager to share their creativity, and they’re getting the audiences they deserve.

Production doesn’t fund itself, of course. Creators of hit shows such as Welcome to Night Vale and The Adventure Zone make money from merchandise, sponsorship advertisements, and Patreon donations. Notably, Patreon donors (who are usually thanked by name during the podcast, adding a personal note) get access to early-release episodes and special extra content, whether that’s a glimpse into the writers’ room or a recording of a live show. Nonetheless, the canonical episodes — and occasional holiday specials — remain free and easily available to anyone with the technology to access them. This is revolutionary in an era of monthly paid subscriptions to Netflix or Amazon Prime. No wonder so many podcasts have gained large, enthusiastic fanbases. With their limited budgets and small creative teams, they really do feel like a labour of love.

For the most successful podcasts, tours give creators a chance to engage more directly with fans of their shows and revel in a physical safe space. While listening to podcasts on your own can be a deeply comforting experience, the exuberance of sharing unrepentantly queer stories with unrepentantly queer fellow audience members gives rise to a different, unforgettable atmosphere. Having been fortunate enough to attend a Welcome to Night Vale live show in London last year, I can safely say there’s nothing quite like it. At one point the smooth-voiced narrator Cecil Palmer was hit with a mind-reading ray, broadcasting his thoughts for everyone to hear: ‘I love my husband. I love my husband. I love my husband.’ Honestly, what an icon.

With their limited budgets and small creative teams, they really do feel like a labour of love.

Even more than the wacky plots and gorgeous worldbuilding, podcasts’ greatest appeal for me is character and relationship development. Since creators frequently contribute to voice work (Sophie Kaner as Sasha Wire; Alexander J. Newall as Martin Blackwood; Jonathan Sims as… well, Jonathan Sims), they have the luxury of building meaningful, carefully developed character arcs. I love witnessing our horror protagonist gradually acquire a boyfriend and a found family of vastly more competent lesbians. Sure, the Iconic Podcast Queer Moments™ may not have the visual flair of Cate Blanchett’s green velvet suit in Ocean’s 8 (2018) or Tessa Thompson’s fireworks-lit battle entrance in Thor: Ragnarok (2017). But sensitive and skilled voice-acting furnishes listeners’ imaginations with colourful images of every scene being described. Much like reading a good book, listening to a beautifully narrated podcast lets you picture a whole new world in your own head.

That’s not to say that the creators don’t chip in with their thoughts about their own characters. There are occasional flashes of delightful familiarity, like the fact that Georgie Baker of The Magnus Archives went to Oxford’s very own Balliol College. (More importantly, did she have a go on the pole at old Plush?) Official Penumbra art depicts Juno as a handsome black lady, often wearing a trenchcoat like the gritty noir detective he is. Amnesty’s Aubrey Little is Puerto Rican and dyes her hair flaming red. These details don’t restrict or reject listener interpretations of the characters we’ve come to know and love. They just help to flesh out the mental pictures we carry while enjoying each instalment, and the racial diversity they bring to the table is very welcome.

Podcasts have rapidly become one of today’s most democratic art forms, and they’re every bit as binge-worthy as your favourite Netflix series. The Magnus Archives reached a total of 160 episodes with its fourth season finale, and is starting its fifth and final season soon. Welcome to Night Vale, possibly the OG horror-comedy podcast to gain mainstream popularity, has just released its 162nd episode. Don’t let the worryingly high number of instalments put you off — each episode is only about 20 minutes long, perfect for early morning jogs or listening three-at-a-time on commutes. And by the time you’ve caught up, there’ll (hopefully) be more.