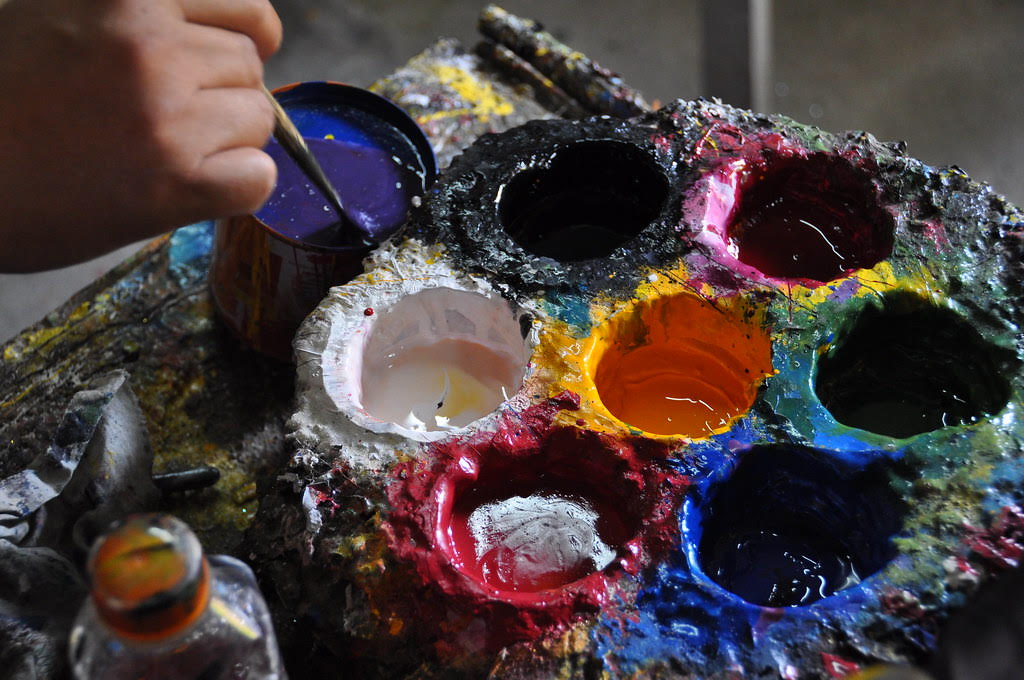 Since the dawn of humanity, we have decorated our walls and created striking artwork using vividly coloured compounds. From earliest cave paintings to Michelangelo’s masterpiece in the Sistine Chapel, the appeal of a brightly coloured pigment or dye often caused us to overlook the potential toxicity of a compound. Here are some of the poisonous pigments of the past…

Throughout the 20th century, before the impact of radiation was fully understood, many producers used radioactive compounds in everyday crockery. Typically, uranium dioxide (UO2) was mixed into the glazes for ceramics to bring a bright orange, red or yellow splash of colour to the kitchen table. Unbeknownst to diners, they were being showered with potentially harmful levels of ionising radiation which can lead to cancer and cell death. However, during WWII, all uranium ore was diverted to the war effort and Manhattan Project so these dazzling yet dangerous glazes could no longer be used. Due to the long half-life of uranium and its decay product, vintage sets of ‘Fiestaware’, a brand famous for its uranium oxide glazes, are still radioactive today!

Before Carl Scheele first synthesised Scheele’s green in the late 1700s, most green pigments were dull. This new compound was an eye-catching yellow-green and was quickly used to colour the houses of the wealthy. However, Scheele’s green contains arsenic with the chemical name ‘cupric hydrogen arsenate’. This arsenic can be liberated if the paper becomes damp since the pigment can be broken down by bacteria and fungi to produce arsine (AsH3) gas. When taken up by the body, arsenic interferes with the metabolic systems of cells so they can no longer efficiently respire. This causes cellular apoptosis and necrotic cell death which, if widespread through the body, can lead to multi-system organ failure.

It is thought that the use of Scheele’s green on the wallpaper of one of Napoleon’s residences contributed to his early demise due to his heightened exposure to arsenic.

Cobalt blue was used in ceramics long before Louis Thénard discovered its chemical composition and developed a synthesis in 1802. This blue pigment was lauded for its high stability, even at temperatures used for firing pottery, and was used extensively in Chinese earthenware after 1400 AD. There a number of examples in the Ashmolean for those interested to see the colour in person!

Chemically, it is ‘cobalt (II) aulminate’ with the formula CoAl2O4 with the toxicity stemming from the cobalt content. Surprisingly, cobalt is part of vitamin B12 which is essential for normal bodily function and metabolism. However, as always, you can have too much of a good thing with excessive exposure to cobalt causing neurologic dysfunction manifesting as hearing loss, optic nerve atrophy and visual impairment.

Fortunately, most modern pigments are safe and non-toxic so splash some colour in your life!