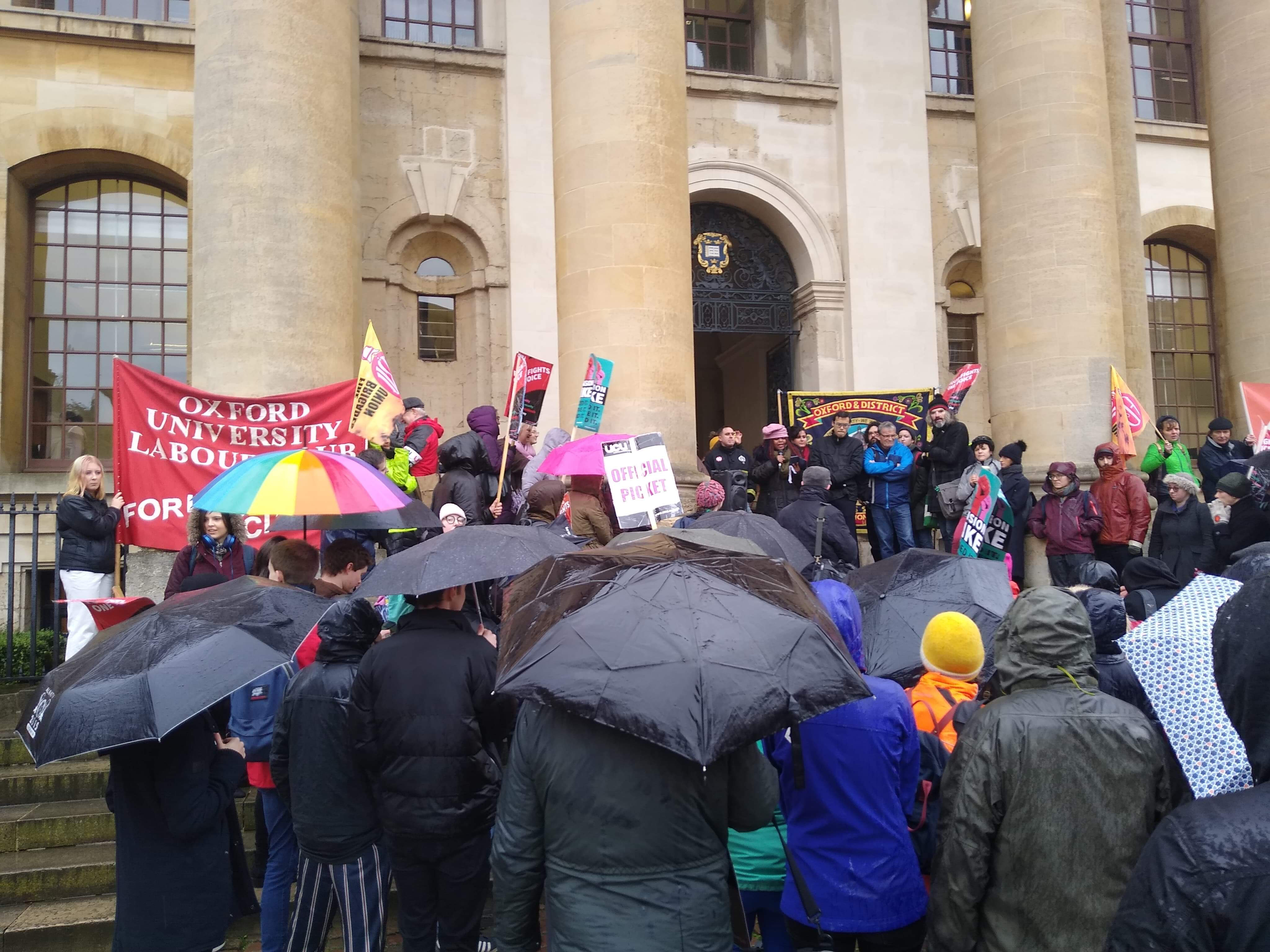 UCU members at the University of Oxford are joining members at 73 other Universities in taking strike action for a total of 14 days over the next four weeks.

The strike action is due to take place on Thursday and Friday of 5th week, Monday to Wednesday of sixth week, Monday to Thursday of 7th week and Monday to Friday of 8th week.  With the UCU Oxford dispute being aimed at the University, students will only see teaching arrangements organised by University departments, rather than colleges, affected.

The strike action taking place is over changes to pension rules and the pay and working conditions that academics face.  Concerns over pensions are due to rising pension costs which are a result of changes to pension rules, rendering academics about £240,000 worse off than they would have been in 2011. UCU are calling for a reform of the USS’ methodology to something they consider fairer.  They are also striking over pay and working conditions, where academics have seen their real pay cut by 20% since 2009.

A failure of UCU members to reach the 50% turnout threshold required for strike action on pensions last term meant that students only saw Oxford academics strike over pay and working conditions earlier in the academic year. Following a re-ballot of members earlier this year, Oxford UCU met the required threshold explaining why pensions are also included in the dispute this term.

The strike action has received much support amongst students, with one student telling The Oxford Student: “Although I find the strike action inconvenient as a student, I completely support UCU in its aims when undertaking this strike action. They’re not only fighting for their working conditions, but for mine too given how soon I will be entering the workforce. I hope the University can negotiate with UCU and reach an agreement to minimise the disruption to my education’.

A rally took place on 20th February where the UCU co-president Ariz Katzourakis and the Oxford Student Union President Anisha Faruk were present. The rally was attended by several student groups, including Oxford University Labour Club.

Aris Karzourakis commented on the support that Oxford UCU has received from the Oxford University Students Union, saying: ‘The resolution of this dispute will be crucial to determining the future of the higher education landscape for years to come, and we have are heartened by the unwavering support of Oxford Students’ Union in our industrial action.’