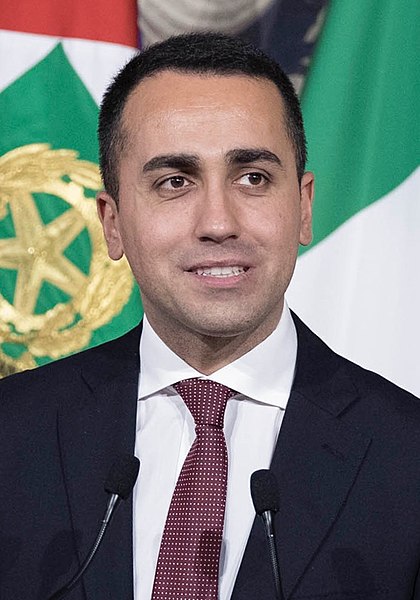 A senior cabinet member of a government calls on citizens to protest against his own government. It seems fictional, yet it is unfortunately the most recent episode of the Sitcom of Italian politics, with Luigi Di Maio, the resigning leader of the Five Star Movement, and Minister for Foreign Affairs, calling for “peaceful demonstrations” against the government he serves in. Politics in the Italian Republic has always been confusing, yet the current Council of Ministers, the sixty-seventh in seventy-four years, has successfully made all of the previous ones look stable. This is Prime Minister Conte’s second government, an administration built upon fear of the electorate, which unites two diametrically opposed forces. On one side, the anti-establishment, catch-all Five Star Movement (Movimento Cinque Stelle -M5S), whilst on the other side, the centre-left, Democratic Party (PD), in many ways the party most associated with government and the establishment in the past decade.

This is an administration built upon fear of the electorate.

The problems the government faces are mainly on policy matters. The Five Star Movement is, economically, a left wing movement, championing a universal basic income, and higher levels of taxation, yet whilst many in Democratic Party may agree with these policies in principle, the way the previous government, still led by Giuseppe Conte, advanced those policies has left many Democrats in disaccord. In addition the Five Star Movement has strong socially conservative elements, which in the past government have helped Matteo Salvini and The Lega, with hard line policies on immigration, such as the so-called “Security Decrees”, passed by Salvini as the then Interior Minister. The current Conte government still has not cancelled any of these, leaving many Democratic Party members disillusioned with their alliance with the anti-establishment movement. Further, the reform of the law code proposed by the Alfonso Bonafede, the Five-Star Justice Minister, has been greatly opposed by most parliamentary parties, including his government allies in the Democratic Party. It is in this context that Di Maio has called for protests, as he believes that the PD wants to “cancel our laws”.

If all of this sounds confusing that is because it is. Yet the new Five Star-Democratic government is infinite in its ability to stay afloat, and the reason for this is simple – the survival of both those parties depends on it. Whilst the Five Star Movement was previously in government with Salvini’s right wing Lega, this now seems like a forgotten footnote in history. In the national elections two year ago, the M5S received 32% of the vote share, which has now, if we can trust opinion polling, fallen to 14%. In the Emilia Romagna regional elections, the Five Star movement dropped from 26.37% in 2018, to 4.7%. This is symptomatic of a national decline of a phenomenon which has shaken up Italian politics. This was the party which used to want to open parliament up like a “tuna tin”, and which wanted to “drain the swamp of Italian politics”. The result instead was their alliance with the single greatest establishment party in Italian politics. This is of course a perfectly acceptable scenario in a parliamentary democracy, however, it should not be surprising when the government, and the country, suffers as a consequence of it. As a result of this government, growth rates have stifled, and Italy has proven itself incapable to react to the Corona Virus crisis. These two political forces are incompatible, one made of lifetime politicians, whilst another formed by an inexperienced, and frankly unqualified, group of “politicians”. For example, Di Maio’s first permanent job was effectively Work and Pensions Minister in the First Conte Cabinet. This sounds comically ironic, yet is the sad reality of Italian political life.

As a result of this government, growth rates have stifled, and Italy has proven itself incapable to react to the Corona Virus crisis.

The Democrats have much to fear as well. In January, Salvini almost snatched Emilia Romagna from them, a region which no one ever thought could even be in the grasp of anything right of centre. They too, in an election, could see reduced numbers. Further, if this coalition continues it will be able to elect a new President of the Republic in 2022. This is the powerful superglue which holds Di Maio and the Five Star Movement, together with the Democratic Party; the ability to choose a new president and a fear of the electorate. Whilst losing a newly found job is understandably scary for Di Maio, it is still hurting the country. Further, Italy is now also enveloped in a CoronaVirus crisis, with Northern Italy in full lockdown, damaging an export and tourism based economy, with the government unable to react. Italy is now last in the EU for growth rates, and will continue to be if the government persists with its economic recipe.  The Democratic Party should not be afraid of an election. In spite of the fact they lost seats, they still fended Salvini off in Emilia Romagna, with a popular grassroot campaign. The same could be repeated countrywide. Italy can simply not continue in this way, as it has turned once an economically strong nation into the sick man of Europe. It is time for the government to admit that this experiment has failed, and consequently face the electorate head-on.