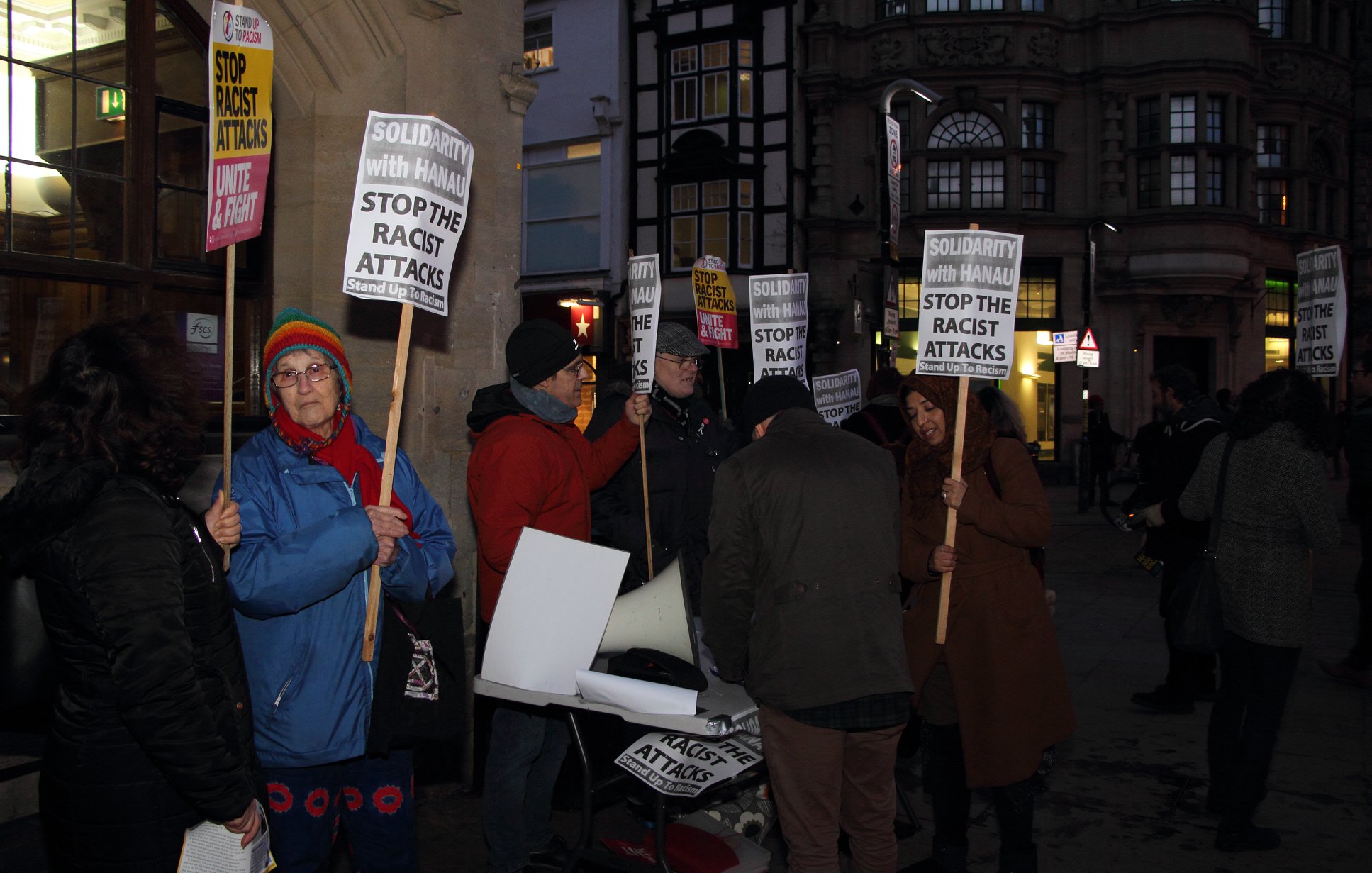 On Monday 24th February the Oxford branch of the pressure group ‘Stand Up To Racism’ held an evening vigil outside the Carfax Tower for the victims of the far-right terror attack in Hanau.

Ten people were murdered in Shisha lounges in Hanau, Germany, on Wednesday 19th February.  The gunman responsible has been linked to right-wing extremism, the same views which fuelled attacks in Pittsburgh, Christchurch, Halle, and El Paso.

Explaining the reason for the vigil on their Facebook page, the group stated that “mainstream politicians and parties stoking racism are fuelling the growth of the far right. In Germany the AfD stokes racism against migrants, Muslims and refugees. Germany was recently rocked by a scandal of other parties being prepared to work with the AfD that has a fascist wing.”

“There has been a wave of protests across Germany calling for action against Nazi and far right groups and parties in response to this latest terror attack.”

The vigil organisers have also placed blame on the UK government for its recent tightening of immigration laws and the racist comments made by the now ‘ex’ aide to Boris Johnson Andrew Sabisky.

“In the UK Boris Johnson has launched attacks unaccompanied child migrants and travellers, and has restarted racist deportations and wants new racist immigration rules. Some of his closest advisors hold extreme racist views, with one aide having to resign this week when it came out he thought black people were mentally inferior.”

In addition to the vigil on Monday the group are also organising a coach trip to the London ‘March Against Racism’ on Saturday 21st March.  The booking link can be found here: http://oxfordstanduptoracism.org.uk/bookings/Mar21.html?fbclid=IwAR30y2e2hwSS__uYj66GjEbE1TVQUbIj20pjDLJ_Sztc8E9wojanoC1OCTE.

Reform for our supposed meritocracy