Of all the paintings in the vast Ashmolean collection, Paolo ‘Uccello’s’ (real name di Dono) ‘The Hunt in the Forest’ has always been a favourite of mine – and certainly one of the museum’s best-known works, and for good reason: painted between 1465-1470, Uccello’s masterpiece wonderfully encapsulates the transition between the medieval Italianate style and the influence of the early Renaissance, as represented by Uccello’s mastery of perspective – a fundamental Renaissance component – combined with a wonderful palette of dark blacks and blues juxtaposed with the littering of dazzling gem colours in the form of the huntsmen’s doublets, nevertheless with a somewhat rudimentary medieval stylisation of the figures depicted in the night-time scene.

For those who haven’t had the fortune of viewing the painting in its wood-panelled, dimly-lit flesh, it is a delight: against a sage green fabric wallpaper within a hushed first-floor room of the labyrinth museum building, Uccello’s masterpiece nonetheless seems somewhat nondescript hanging above a large plinth-mounted wooden chest – subtly preventing visitors from stepping too close to the precious painting.

A glance around the room quickly stands the painting out as unusual: not only is its subject matter – and all-over dark palette – peculiar in the room’s context, but it is undoubtedly a unique example when considering other artworks of the period: compared to its mid-15th century counterparts, many of which focus chiefly on religious subjects, Uccello’s aesthetic focus on the beauty of a sporting pastime is a digression from the traditional genres of the period. This is especially so in his execution of the artwork itself, with its tone and hauntingly atmospheric mood quite unlike any other I’ve come across – I task you with finding a work which rivals it!

Uccello’s aesthetic focus on the beauty of a sporting pastime is a digression from the traditional genres of the period.

When I talk of Uccello’s “execution” of the artwork, I refer to a number of features: his choice of colour, his fantastic use of perspective, his employment of other aesthetic elements (such as parallelism and symmetry), etc. While I daresay that 95% of the Ashmolean’s visitors glance at the image as just that – a mere image – it is so much more immersive to concern oneself with the mechanisms of a work of art, and with a work so complex as Uccello’s, this is aboundingly rewarding.

In my opinion, one of the most striking initial aspects of the painting comes in Uccello’s use of colour: a sublimely unusual palette of a dark black-blue, deep fern green and blood-like reds mixed in with the unpleasant mundanity of brown and cream tones mingling in the form of the pacing animals, all converging towards the central point of the plane. Often, ‘academic’ assessments of art are conveyed impersonally, regularly disregarding one of the most important factors in one’s appreciation of a work – the individual’s perceived mood of a work. Artwork does not need to be technically outstanding to be considered of significance – although this painting certainly is; one of the hardest things for an artist is creating a palpable mood in the individual viewer; and Uccello is undoubtedly skilled in this way, his colours playing a crucial role in this unique mood of oxymoronic ‘lethargic energy’ – night-time vibrance.

One of the most striking initial aspects of the painting comes in Uccello’s use of colour.

The painting’s colour palette surpasses a mere visual impression, however: the gem colours, somewhat gruesome in their blood-likeness, dribble in patches of stunning red against darker tones, which trickle down the lower portion of the image, almost evoking the blood associated with the sport concerned in the subject. While Uccello doesn’t represent blood directly in the composition – although there are two deer slumped limply over the shoulder of one huntsman and the neck of his horse – his palette nevertheless conveys an implicit sense of gore.

However, Uccello’s painting far surpasses a mere creation of a sombre and uneasily energetic composition: the painting is a most careful construction; with a simple glance in a further depth, the painting opens-up: the heart of this artistic showpiece, if pin-pointed, must be Uccello’s mastery of layered divisions – the composition is composed in subtly noticeable layers, like that of an onion. As one’s eye naturally progresses further into the image, deeper layers are unlocked. This can be easily seen when examining the trees, for each layer of depth is marked by an increasingly small row of trees, running in a parallel line to the image’s horizontal plane.

With each layer, the next becomes more indistinct; eventually, the horizon merges into a foggy dark grey abyss, with faint lines indicating the haunting possibility of trees. Creating a seemingly never-ending space, one is captured by the uncertainty of the hunting party’s outcome: they have not cornered some deer at the edge of a field – they are bravely chasing them forth into the unknown. In other words, the visual construction of the painting translates into theoretical significance for its content/narrative.

Uccello’s composition is meticulously deliberate: it has a perfect equilibrium yet is simultaneously erratic – a careful synergism which helps to create a genuine sense of movement and ordered chaos. On the one hand, Uccello creates frequent repetition in shapes, using recurrently elongated, drawn-out shapes around the bottom edges of the composition – such as the rearing horse and (strangely) straight-backed rider in the mid-right – creating a flowing visuality, a fluid movement merely occupying the bottom sides of the composition. On the other hand, he juxtaposes this shape with the smaller, lower-placed (below the horses’ hooves and men’s feet) deer and greyhounds, in a wonderfully sporadic criss-cross which flows directly across the eye’s natural draw to the central point of the image.

The large, curved shape of the horses and their riders swirl, whereas the floored greyhounds sharply disturb this free-moving form. Similarly, the carefully-position logs at the forefront of the image direct the eye straight into the vanishing point at the centre, paradoxically disregarding, as well as highlighting, the surrounding components of the composition. Helped by the trees, regular in their spread across the composition and increasingly small (emphasising perspective), the eye is very much drawn in, being invited to eventually rest somewhere in the centre – a spot made suddenly energetic by the springing convergence of the deer and greyhounds in the central space naturally focussed upon by the eye.

Moreover, throughout, Uccello has included numerous points of symmetry which add to this sense of (aesthetic) organisation amongst the chaos: there are five individual men positioned in the central grouping, with one man just off-centre; there are four large trees in the primary grouping; there is a – relatively – equal weighted balance between the horses on either side of the painting. This symmetry instils the image with a sense of order that helps enrapture the wider composition with such a great energy, which, in turn, is made to be bubbling in its potency by being squeezed well below the mid-point of the canvas: all the ‘action’ is tightly contained, exaggerating its voracity.

Throughout, Uccello has included numerous points of symmetry which add to this sense of (aesthetic) organisation amongst the chaos.

Demonstrating his further artistic cunning, Uccello uses more explicit parallelism in multiple points of the composition: the two leaning footmen to the left of the central group; the two men running alongside similarly shaped greyhounds on the right of the central group; the two pale greyhounds bounding three quarters along the bottom of the canvas from left to right. A more advanced example of his employment of visual techniques, a focus so illustrative of the Renaissance, these parallels further an implicit sense of pleasing order amongst disorder, creating an awkward harmony in the movement of the busy composition (in a similar way to the contrasting dark colours with the bloody gem reds used in the huntsmen’s clothing).

All this not only makes Uccello’s painting a masterful example of the period, and an unusual one at that, with a peculiar focus and a unique colour scheme which helps create a fantastically palpable mood, but provides thrilling analysis for the viewer even half a millennia later. A brief walk away from most Oxford colleges, I’d advise a visit to the museum to see the scene for yourself – an astonishing artistic creation which conveys such meaning as other paintings cannot; then again, it’s all a matter of perspective… 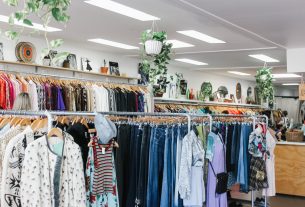 Acts of self-creation: the art of day-to-day fashion 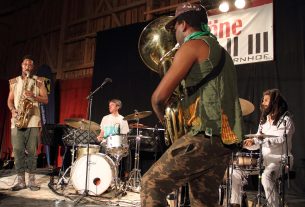