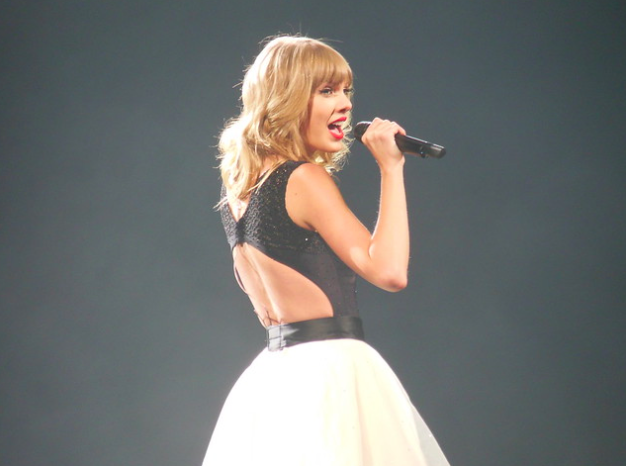 Taylor Swifts latest documentary, Miss Americana, premiered on the 23rd January on Netflix, and makes for an hour and a half of distinctly odd viewing. Swift has released one previous documentary in 2008, Journey to Fearless.  This first offering was a celebratory look at the process of creating and performing her record-breaking world tour, which 13 year old me re-watched more times than I’m quite willing to admit to. In comparison Miss Americana takes a far more left-field and at times slightly bleak approach to the increasingly popular genre of the pop-star documentary.

Miss Americana is directed by the acclaimed Lana Wilson, best known for the Emmy Award winning After Tiller, a study into the world of late-term abortions in America. Wilson is a distinctly political choice of director and she attempts to cast swift as the protagonist of a political narrative, one in which a young woman finds her voice and defies her management in order to publicy stand up for what she believes in. The problem with the narrative Wilson and Swift try to create is that is simply doesn’t ring true. As well intentioned as Swift clearly is, its near impossible to view this insanely wealthy white woman as the worlds next great advocate for justice and equality. The tears she sheds over republican victories and her god-awful attempts at political pop songs don’t seem ingenuine, but they’re almost more laughable for their apparent earnestness. Attempting to be an advocate for the marginalised is of course admirable, but Swift often comes across as though she is too emotionally and forcefully attempting to place herself at the centre of poltical struggles that have no bearing on her incredibly privalged life, and that she quite happily ignored for over ten years while she was building her career.

The disappointment Swift feels is painful and palpable

Despite trying to tell this political story, the more interesting narrative that actually pushes through to the surface of Miss Americana is one of a woman desperate for control. I don’t mean to imply that Swift is ‘caluclating’ or simply a ‘control freak’, which are the insults often levelled at her, but rather that she, like many women, is so desperate to both be and be seen as ‘good’ that she reaches for a level of control over herself and her image that simply isn’t achievable. Swift herself admits to this desperate need to be perceived as a ‘good girl’, and her need for validation is clear in two of the most emotionally charged moments of the film. The first is when she receives the news that Reputation has not been nominated for any of the major awards at the Grammys, a snub that shouldn’t really matter to a star of Swifts stature. The disappointment Swift feels is painful and palpable, and she almost immediately jumps from disappointment to self-criticism, claiming that she’s going to ‘make a better record’. he second is when  she admits that in response to public criticism of her body and speculations on whether she was pregnant, she would force herself to ‘starve a little bit’, to the extent that she felt as though she would pass out on stage. The poltical narrative running through Miss Americana attempts to cast Swift as a woman discovering her strength, but the highlighting of her almost desperate need for public approval despite her success ultimately shows Swift as a distinctly vulnerable and fragile woman.

The personal story that breaks through the strange and misplaced political focus of Miss Americana is one that feels incredibly human and moving. When watching pop-star documentaries, we are normally left wanting to be the incredibly cool, talented and wealthy stars, but it would be impossible to come away from Miss Americana wanting to be Taylor Swift. Wilson leaves us with an impression of a woman who despite being an acclaimed singer-songwriter and gracing magazine covers all over the world, feels as though she is constantly told that she is never quite pretty, or talented or quiet enough. Miss Americana is a reminder that no matter how successful you become, a relentless pursuit of being seen a ‘good girl’ will only ever result in failure, as when you strive to meet societies expectations of beauty and success you give people the right to define and to judge you. Swift demonstrates that women who hope to win approval through playing by the rules of a world set up to be rigged against them can achieve success only through immense personal compromise.

Miss Americana is not a particularly enjoyable watch, it feels mostly devoid of the vicarious pleasure of inhabiting a world of glitz and glamour that one usually gets from pop-documentaries. It is however remarkably revealing in spite of its apparent desire not to be so. Swift appears at times to be overly emotional, lacking self-awareness and desperate for approval, but her willingness to admit her need to be liked and to be thought of as ‘good’, makes her perhaps not admirable, but extremely human.

No way out, hard to get into