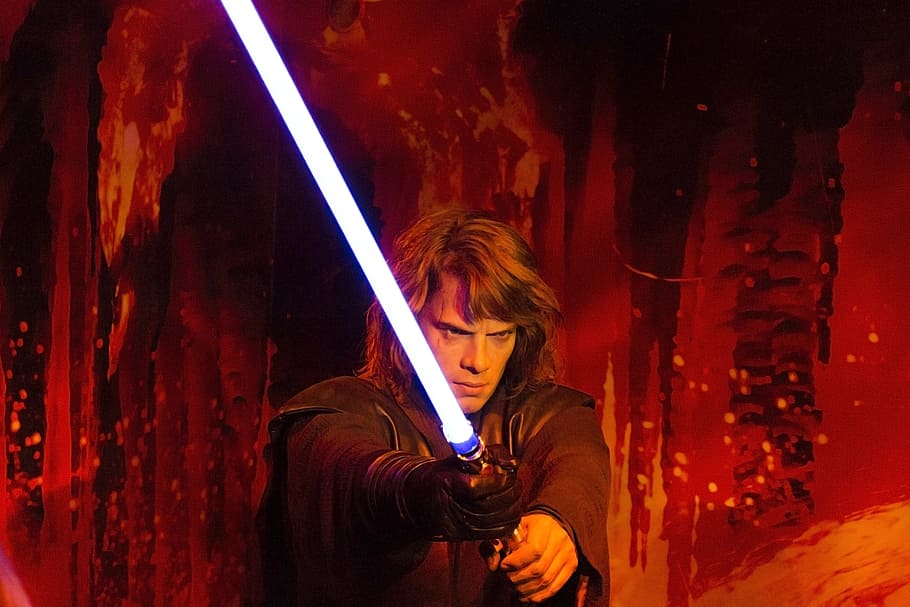 In the words of Ben Kenobi, “The Force is what gives a Jedi his power. It’s an energy field created by all living things. It surrounds us and penetrates us; it binds the galaxy together”. The magical force (no pun intended) of Star Wars has been an object of mystification and fantasy by many young fans; yet the lenient creation and application of Force abilities gave their users an easier time than one might have expected at various plot points, ultimately frustrating plot and character development and reducing the mystical appeal of the Force.

In the original and prequel trilogies, the plot is motivated by characters’ decisions, not based on the mystical Force, but of universal emotions such as anger, fear, and love. Force abilities were used on multiple occasions, but they exist to appeal to viewers’ fantasy more than to drive the story. For the essence of the first six episodes is the story of Anakin Skywalker’s rise, fall, and redemption. The story could have been told in an entirely different form, even without the Force. The primary effect of Force abilities was to immerse viewers deeply into the Star Wars universe.

The same could not be said for the sequel trilogy. Perhaps The Force Awakens refrained from making many bold creative decisions, but overall the role of the Force is relegated to a tool to subvert viewers’ expectations and rescue the story from inconsistencies – inconsistencies that would not have occurred had there been an overarching vision of what was to come after Return of the Jedi. Force abilities were also created and justified as creative decisions and some seem to have somewhat ulterior motives of pushing socio-political agendas. The contrast with the two other trilogies is stark when one considers that without the Force, the essence of the story in the sequel trilogy would be lost.

The story struggled to match the female protagonist, Rey, with the male protagonist, Kylo Ren, in terms of Force ability. Its solution? Force downloading. As Kylo tried to probe her mind, she was able to access his mind too. “It was as if his training had become hers,” according to the novelization. The striking tension between their vastly different backgrounds (one having the Skywalker bloodline and receiving training from the most prominent Force users of his time, the other a scavenger form nowhere) and the need for them to somehow be roughly as powerful is forcefully resolved, but opposes the flow of the story. (Did we mention General Leia Organa learning how to survive in space and fly back to her ship for no good reason?)

Force projection was another massive controversy. At the end of The Last Jedi, the protagonists are backed into a corner. Of course, they cannot be wiped out, not least because there need to be protagonists for the next episode. How do they escape? The once-great Luke Skywalker projects himself across the galaxy, stalling Kylo enough just for others to find the way out. This contradicts his previous character setting as a disillusioned Jedi Master who exiled himself both physically and from the Force out of disappointment and grief. Nothing suggested that Luke would come out of exile to perform a Force act so exhausting that he would end his life right after it. Not to mention that, without him making a u-turn with regards to his opinion on the Force, the protagonists’ escape would have been impossible. To have the climax of the film depend on this controversial decision cannot help but suggest that the screenplay writers were somewhat bereft of ideas, and invented an overpowered ability that could solve whatever problem the protagonists faced.

Finally, the Force bond between Rey and Kylo was arguably the essential Force ability that drove much of the plot for TLJ and The Rise of Skywalker. Yet, it was not explained from its introduction in TLJ until near the end of TRoS, when Palpatine conveniently claims that it is a rare occurrence seen only once in a millenium. Whereas in the other two trilogies, characters could ‘bond’ in the sense of sensing each others’ presence, or feeling ‘a disturbance in the Force’, Rey and Kylo’s bond allowed them to communicate directly and even interact with the physical space the other was in, allowing each to deduce the whereabouts of the other. The idea of a mysterious bond is fascinating and makes for great visual effects; but it was almost as if the Force of the sequel trilogy was different from the Force of George Lucas. Gone is the notion that one improves mastery of the Force through training. Gone is the notion that bloodline matters, but one must above all be willing to learn from one’s masters. What we have is innate ability that needs little to be unleashed, and abilities that can be possessed without any explanation, on the (tautological) grounds that it is how the Force works.

In the original trilogy, Luke’s original fearless and ambitious self matured as he discovered in the Force a ubiquitous power much more powerful than himself, and of difficult truths such as the true identity of his father. It is as his character grew that his ability in the Force grew. In comparison, with Rey, one could argue that was not the case. Her mind was probed, so she resisted with the Force and gained new powers, and a better understanding of Kylo. She lifted the rocks covering the cave on Crait, saving everyone else, and that ensured the plot was complete. She unintentionally unleashed Force lightning, thinking she killed Chewbacca, which then changed her attitude. On these occasions, it was her Force abilities that motivated her development, without her having trained to understand and master these abilities.

It is entirely reasonable to admit that Force abilities were always meant to be plot devices; when applied well, they advance the plot while immersing the viewer in a magical world while suspending disbelief. George Lucas’ storytelling in Episodes I-VI was much more coherent than the following three. According to his conception of the Force, it binds the characters in the saga together without creating the story itself. Unfortunately, Disney’s conception of the Force seems to be less mystic and more pragmatic: it fills in plot holes.  When Force abilities feel forced, the result can only be distaste if not outright confusion on the viewers’ part.

Sondheim’s “Forum” – something for everyone?

The Next Best Thing