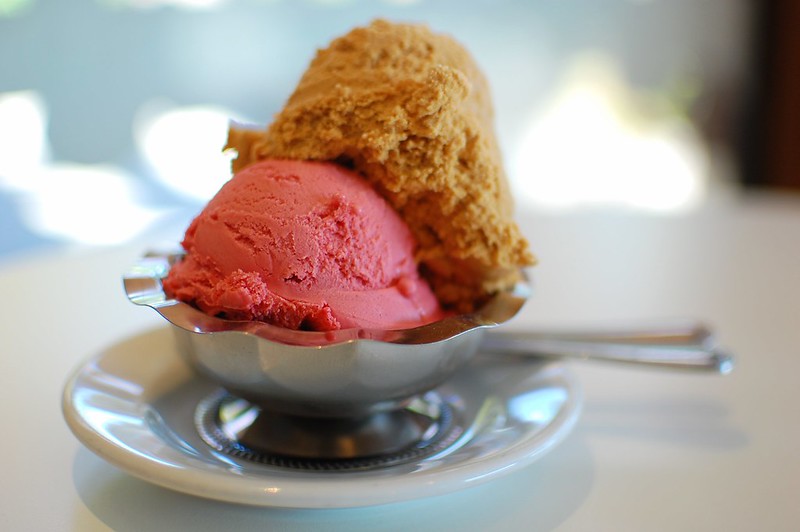 As I sat looking out of my bedroom window at 6 o’clock a few days ago, ignoring the unfinished reading that sat on my desk, I realised it was still light. This was the first time I noticed the days getting longer, and I was immediately filled with summertime excitement. Thoughts of holidays, barbeques and ice cream swam through my mind and I concluded that I must immediately prepare myself. Ice cream plays a pivotal role in the summer and little compares to the heartache of one that disappoints, so here’s a look at Oxford’s best ice cream parlours to give you an objective outlook on where to buy rather than simply returning to G&Ds as a matter of Oxonian tradition. Though it is only February and actual summer is still far away, you can never be underprepared for the festivities, especially when it comes to ice cream.

The three parlours visited were G&Ds (St Aldate’s and Little Clarendon St), Swoon (High Street) and iscream (The Covered Market) and all were judged on a single scoop of whichever flavour took my fancy.

Swoon is the priciest at £2.95 a scoop, followed by iscream at £2.80 and G&Ds at £2.75. However, so minute are the price differences that I would not regard them as a crucial factor in your decision making as I’m sure even the tightest student budget could accommodate the additional 20p.

Upon entering Swoon, two things immediately catch your attention; firstly, the sleek, somewhat classier décor with shiny white-tiled walls, blue sofas and stylish neon signage. Secondly, the friendly staff that immediately greet you, offering free samples of any flavour along with detailed knowledge of the ingredients and tasting notes of each. Even as I deliberated for what felt like several minutes over a cone or tub, the man serving me waited patiently as I made such a major life decision. Though the portion size was smaller than both G&Ds and iscream, the flavour and texture were excellent and the best of the three. I sampled the Oreo & coconut gelato which seems a bizarre combination, but they complemented each other well and provided a novel twist on a common flavour. This was one of 5 guest flavours which change on a regular basis, a clever idea that ensures a new and exciting range on each visit. Always included in their stock is a vegan gelato option, a refreshing change for those that wish to be vegan without being confined to a sorbet (an ice cream substitute universally accepted as inadequate).

G&Ds, however, had no vegan gelato and their flavour range was disappointingly dreary when compared to swoon: included in their novel editions was ‘Daim bar’, but that’s pushing the definition of ‘interesting’. Likewise, though promoting their flavour suggestion book in which customers can propose their ideal flavours, the menu remains unchanged since my last visit in freshers’ week. I kept my order simple with a chocolate that promised to be the most intensely chocolatey flavour I had ever experienced – it was not. Though the portion size was generous, it did little to abate the disappointing flavour and rigid texture. On the basis of texture, iscream takes the crown with the softest, most velvety ice cream of the three. However, the same praise cannot be given for its flavour: there was a strong emphasis on fruity flavours, all of which looked lovely, but I had in mind something more substantial so chose the tiramisu, a flavour that, when done correctly, can be sublime. Theirs, however, tasted like artificial banana, something that I still cannot fathom. From looking at their menu and finding mysteriously fruity notes in unrelated flavours, it seems their expertise lies in fruit-based ice creams, something I shall bear in mind when next I visit, as the texture of the ice cream was too luxurious to not return for more.

If, by some bout of madness, ice cream was not tickling your fancy, Swoon also has a range of alternatives including macaroons, ice cream cakes, cookies, waffles and some pretty devious looking hot chocolate, thereby making it a conceivable venue for meeting friends over coffee and cake. This is also true for G&Ds which goes one step further to serve savoury as well as sweet foods, making it a good lunchtime spot. However, as both Swoon and G&Ds are open to 10.30pm and 12am respectively, why limit the ice cream joys to lunch? Ice cream is a famously effective cure for late-night essay troubles.

Sadly, opening times is one level on which iscream cannot compete; closing at 5.30, there can be no spontaneous night-time cravings in that parlour. However, during the day, the shop itself would be an endearingly sweet place to idle an afternoon, quite literally as it doubles as a chocolate shop. Though Swoon’s interior is sleek, sharp and polished, that of iscream has an inexplicable charm to it, with its wooden beams adorned with paper roses and garlands that hang from the ceiling as you sit on an old milk churn, eating the most generously proportioned ice cream, surrounded by bags of chocolate tied with ribbon. Whilst this makes a far more compact and crowded environment, it is in a way that makes you feel cosy and safe rather than enclosed and claustrophobic. Unfortunately, sitting inside G&Ds inspires little but thoughts of wanting to be elsewhere with its indistinct furnishings and slightly cold atmosphere. I say ‘unfortunately’ as I am aware that this article reads as though I have a campaign against them, which is untrue as its unpretentious simplicity where you can grab an array of foods at any hour makes it an Oxford asset that should not be overlooked.

Each of the three parlours offers something unique and, depending on what you value in an ice cream excursion, each has its own merit. For simple quality and variety of flavour and stylish interior, Swoon probably takes my number one spot. Iscream follows for its childlike charm and voluptuously textured ice cream (just avoid the tiramisu) and, lastly, G&Ds takes third as it could satiate a craving at any hour, be it sweet or savoury in a casual environment where I could sit, unembarrassed, cocooned in the elasticated warmth of my joggers, as is required by any real ice cream consumption. 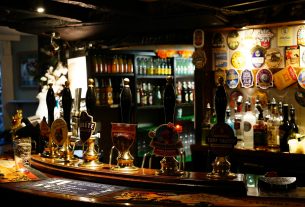 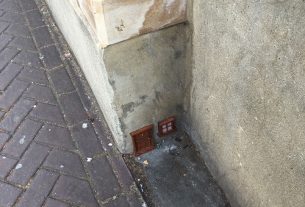