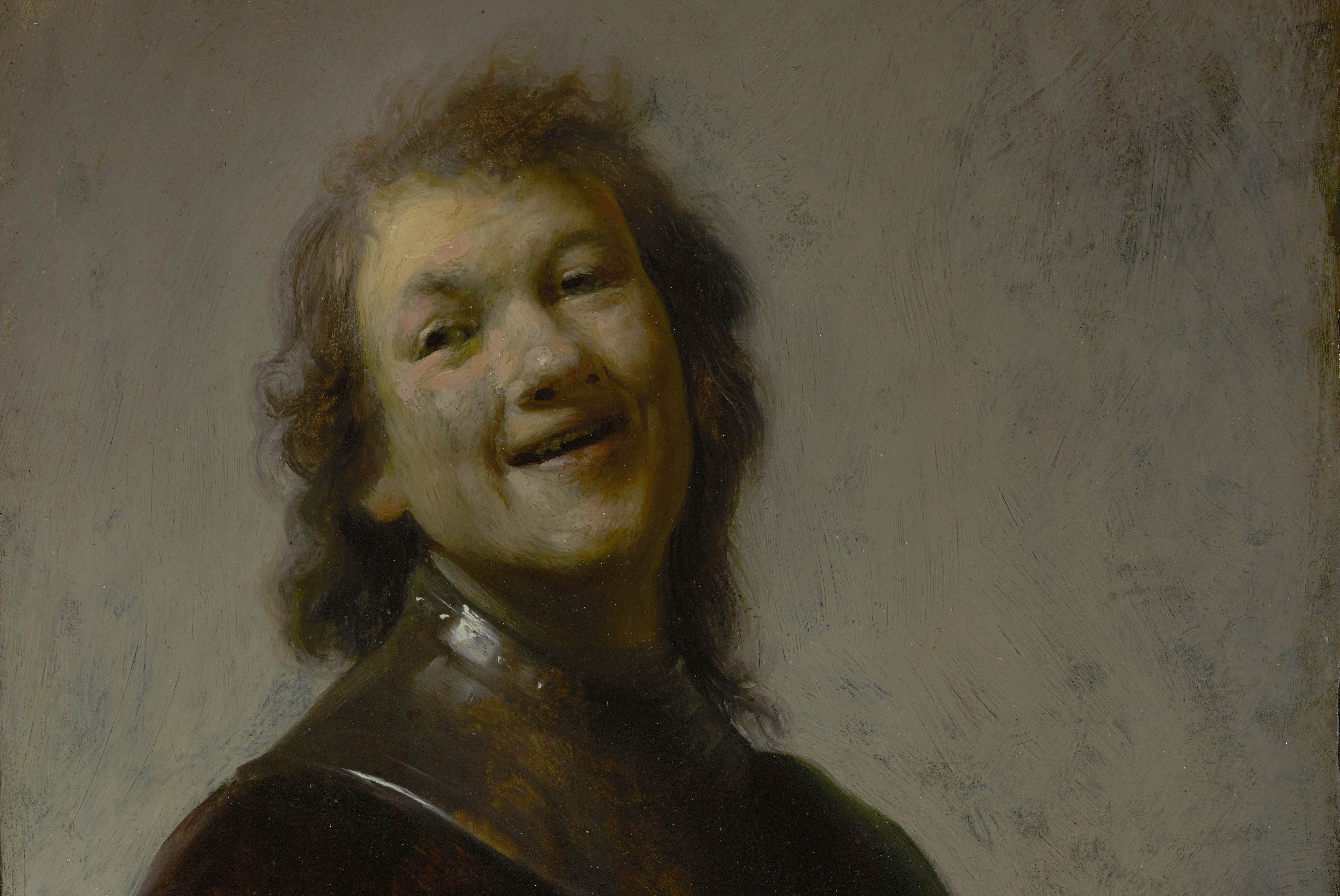 The Oxford Student was fortunate enough to have been given an early preview of the new ‘Young Rembrandt’ exhibition, now open at the Ashmolean Museum. Speaking to the press preview, Xa Sturgis (director of the museum) informed us that the goal of this exhibition was not to present Rembrandt as some prodigal painter born to create the masterpieces he did, but rather to showcase the different worlds of Rembrandt, the tenacity of a young artist making steps forward (and steps back) in order to become one of the worlds greatest painters.

The exhibition itself has taken 10 years to curate, starting under Christopher Brown, previous director of the museum, alongside curators from the Museum De Lakenhal in Leiden, Netherlands, where Rembrandt was born. The early years of Rembrandt covered by the exhibition, from 1624 to 1634, are his years of development – a time when Rembrandt studied under those who trained him, and also when he shed their influences in order to pursue his own experiments in painting, drawing, and printing. Starting late (at the time) for a painter, Rembrandt created his first works at 18: a series depicting the five senses, clumsily drawn with poorly balanced colours. He was by no means born with a natural gift, but instead of hiding this fact, the exhibition seeks to demonstrate how determined Rembrandt was in his efforts, how persistent in his motivations. The exhibition tells the story of how this man from modest beginnings, over the course of ten years, developed from a painter unversed in the technical knowledge required to properly mix his paints into the artist capable of crafting masterpieces at a great scale.

He was by no means born with a natural gift, but instead of hiding this fact, the exhibition seeks to demonstrate how determined Rembrandt was in his efforts, how persistent in his motivations.

Over the course of his early career, Rembrandt was in a constant struggle to create, yet, ever conscious of his own gifts. The exhibition shows his experimental processes, displaying small self-portraits of the artist pulling a variety of faces, and sketching unconventional subjects: the common people from the streets of Leiden. Where new things succeeded, many attempts failed, and the exhibition does not shy away from showing the ‘human’ side of the artist, proudly placing failed attempts at printmaking next to their better counterparts. The display is mostly chronological, and each room begins with a self-portrait in order to remind the viewer of the man behind the art, a playful figure, at this point in his career far removed from the sternness of more professional counterparts. What shocked me was often the scale of some of these early works, that, despite their immaculate detail, were often no more than a few inches across: the well-known Self-portrait in a cap, wide-eyed and open-mouthed printed large on most advertising for the exhibition, is only 5 centimetres tall.

Much of Rembrandt’s early subject matter reflects the fact he came from modest beginnings. His most favoured subjects were himself and his family, for models were expensive, and even in later works, one can spot these familiar faces in the crowds. From the very start, Rembrandt had a fascination with older faces, and the faces of those worn by labouring and hardship – one-fifth of his prints in this period are of beggars and peasants. The detail on the skin, the signs of age, the lines of the face, are all ideal to any artist who strives for realism, and Rembrandt’s portraits of the elderly are incredibly intimate. While he had some professional training, much of this early work shows his self-taught nature poking through. In The Circumcision, his first surviving print, from 1625, the anatomy is wrong. Yet, Rembrandt above all persevered, reusing parts of figures he was not quite happy within other works.

While he had some professional training, much of this early work shows his self-taught nature poking through.

Towards the end of the first room, another portrait sits in the centre of a wall, reflecting the character development of the man. It is bold, daring, and painted on a copper plate normally used for engraving. This portrait encompasses the creativity of a young artist finding his feet. Nearby, the exhibition does well to show the influence of one of his mentors, Pieter Lastman, by displaying one of his works alongside a contemporary Rembrandt, The Baptism of the Eunich. Here, we are invited to see the difference between the two, how Lastman’s composition is more complex, and how detailed the faces are in comparison to the young Rembrandt. And yet, in the same year of 1626, another Rembrandt piece, Christ Driving the Money Changers from the Temple, the anatomic details have greatly improved, and it has more dynamic movement, though still in a cartoonish style. Later that year again, Rembrandt has furthered one of the tools he will use in work throughout his life, creating a narrative and interaction within a smaller panel, in Tobit Accusing Anna of Stealing the Kid.

Much more could be said about each individual work, far too much to include in this article. The exhibition catalogue, available for £25, masterfully tells the story of each of the over 100 pieces on display in the exhibition. We get to see the uniqueness of Rembrandt’s approach at the entrance of the second room with a display of his own work alongside the man who shared his studio in Leiden, Jan Lievens. Their relationship was very much a creative rivalry: two young artists competing in the same city, painting the same things and sharing the same space, yet both are individual. For Rembrandt, the focus is on small moments of drama, picking out the moments in well-know stories where the tension is at its highest, as seen in the beautifully rendered Judas Repentant Returning the Pieces of Silver.

For Rembrandt, the focus is on small moments of drama, picking out the moments in well-know stories where the tension is at its highest…

In 1631, the self-portraits become, for the first time, more serious. He had moved to Amsterdam, employed in the court, and began to portray himself as a ‘serious’ artist. The layout of the gallery does well to draw you across the room, rather than in any one direction of the space, by placing blocks of artwork and preparatory sketches in the middle of the room, from which one can see the process of change and innovation the artist went through before creating a finished piece.

In the final room, we see the period when Rembrandt was hired as a tutor to several artists. Some of their work is on display so that one may seek out the extent of his influence within the works. The lighting in each is distinctly ‘Rembrandt’, and the gallery lets you appreciate both his artistic ability and his personal identity that transcends into the works of artists studying under him. And yet, in his professional location, he never let go of the playfulness and experimentation that he began his career with. In the final room, several paintings show the extent to which he has mastered his craft: these are character portraits, with the attributes of many a traveller or merchant who visited the port close to his studio. From his time making small prints of street beggars to a time when he was creating extraordinary works of art at a great scale, we can clearly see that he never lost sight of his fascination with everyday life.

From his time making small prints of street beggars to a time when he was creating extraordinary works of art at a great scale, we can clearly see that he never lost sight of his fascination with everyday life.

The exhibition ends with a self-portrait slightly outside the timeframe, painted in 1635. Compared to the young man we met as we entered the gallery, this is a stark contrast. Here, his face is focussed on the viewer, and he is dressed in the latest courtly fashion – matured is the boy he was back in Leiden. ‘Young Rembrandt’ is a carefully thought out portrayal of the early life of a painter most would know for his later masterpieces. It maps the hard work and persistence of a young artist finding his way in the world, a young man full of creativity, aware of his own skill, and absolutely fascinated with life. His story demonstrates that to be a master of one’s craft, you need not command acute natural talent. Undoubtedly Rembrandt had a gift, but it was not a gift he did not first have to consistently refine and improve.

‘Young Rembrandt’ is a carefully thought out portrayal of the early life of a painter most would know for his later masterpieces. It maps the hard work and persistence of a young artist finding his way in the world, a young man full of creativity, aware of his own skill, and absolutely fascinated with life.

The exhibition runs from the 27th February until the 7th June, and is free for University of Oxford Students. I would highly recommend the guidebook to accompany the exhibit, and also a second or third viewing so one may try and spot some of the figures seen first in his early sketches, recurring in later historical and biblical scenes.