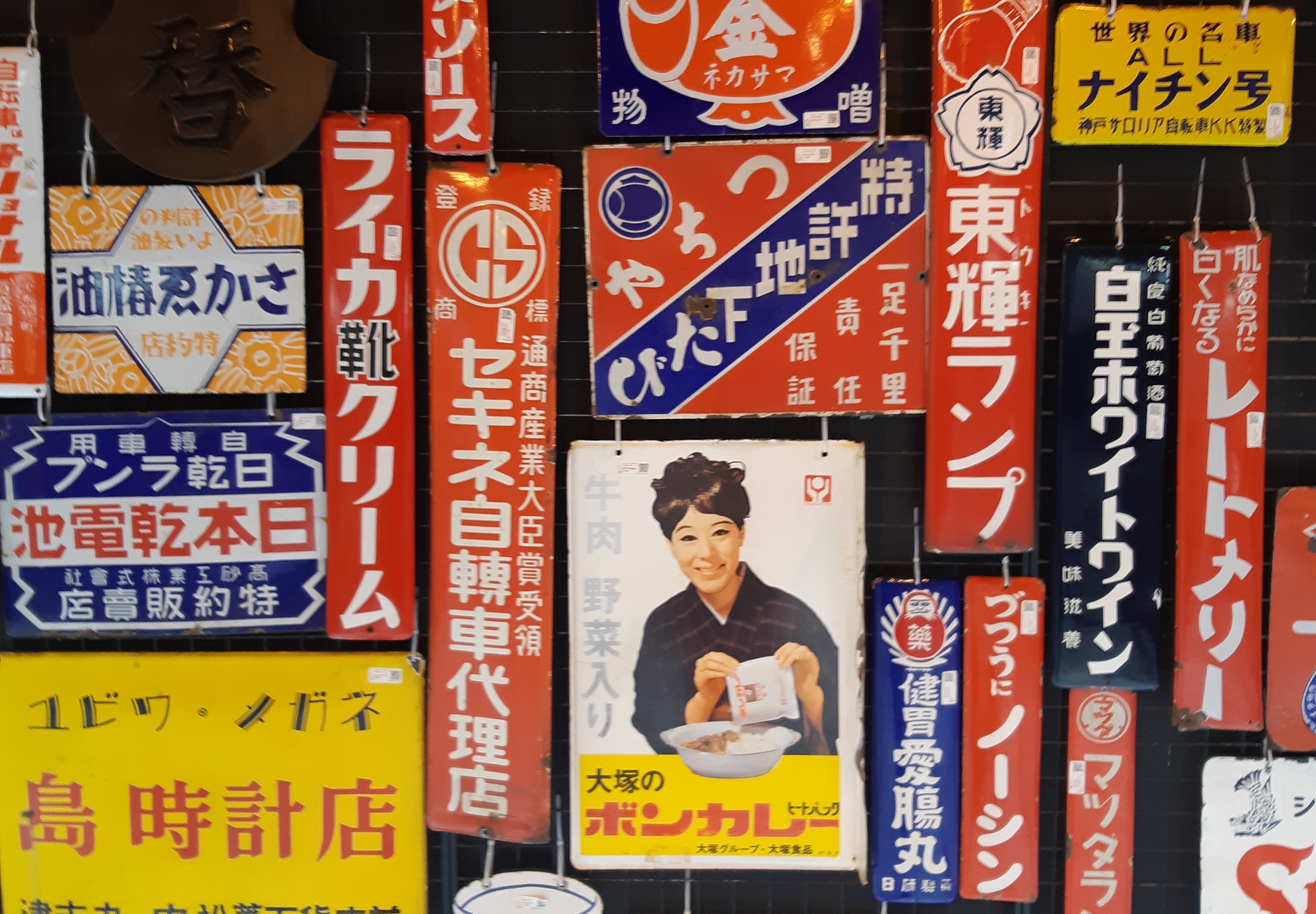 Out to the North-east of Shinjuku in Tokyo, amongst large suburbian highways and close to the somewhat neglected Nakano station, is Nakano Broadway, a seemingly typical Japanese merchant street. Far from the luxury of Ginza or the charm of Kyoto’s traditional markets, at first glance, Nakano broadway is a slightly run-down small shopping mall, whose main street, at the ground floor, sells the typical old dubious electronics, mismatched rip-off Disney socks, bubble tea, plastic chopsticks, phone cases, and takeaway curry rice boxes.

The main street ends in a pachinko (Japanese casino) symbol of the game-ridden, less glamorous and more visceral side of Japan. Nakano Broadway’s second floor, however, reveals a completely different world: its main store is a giant Mangarake, an anime and manga speciality store, whose storefront is decorated with giant rusty pipes and parts of fictional weapons from various comic books. The inside of the shop is made up of narrow corridors surrounded with endless rows of vintage and obscure manga, lined up by author name or genre. Opposite this store is a vintage toy shop, decorated with hundreds of Ultraman, Power ranger and Godzilla figurines stuck upon its walls and ceiling, and the store next to it sells vintage clothing and posters.

The floor above is yet another universe: the ceiling is very low, and the tiny stores are tightly packed in a maze-like configuration

The floor above is yet another universe: the ceiling is very low, and the tiny stores are tightly packed in a maze-like configuration, every storefront packed to the brim with vintage clocks, Japanese movie posters, psychedelic art, dirty dolls… One of the stores sells parodic contemporary art featuring graphic depictions of Disney characters engaging in violent acts or swearing. Another can barely fit two people and sells luxury watches. In one corner a wooden door leads to a small coffee shop.

When I visited, the whole place was almost deserted, except for a few old men who stared at anyone who walked by, and an old woman whose head towered over mountains of goodies and who urged me to have a look at her ripped-off Dragon Ball merchandise. The whole place seemed to be stuck in another era, the objects displayed dusting over time and the old salesmen waiting undisturbed.

The whole place seemed to be stuck in another era, the objects displayed dusting over time and the old salesmen waiting undisturbed

On the last floor, most stores were shut down, perhaps for lack of clientele – except for one book store selling tiny ancient history books, and another peculiar store, illuminated with bright led lights. This store was considerably bigger than the others, and sold Takashi Murakami art. The artist’s most famous artwork sells for over 15 million dollars – and the store displays some of it. I stepped into the store cautiously. The only clients were a large African-American man, wearing golden trousers, sunglasses and Chanel sneakers, speaking loudly to his slim girlfriend, and a few Japanese men in summer shirts flipping through the store catalogue. In one of the corners, there was a gacha machine which accepted only 10,000 yen (around 60 pounds) bills.

In the run-down, relatively remote shopping centre that is Nakano Broadway, the store struck me as Artwork itself

In the run-down, relatively remote shopping centre that is Nakano Broadway, the store struck me as Artwork itself – the contrast with the cheap, dusty Disney socks on the first floor, or with the obsessive toy collections of the second floor, was so strong I felt that the whole place was a strange art installation, an unreal place with no windows, which existed as a sort of separate dimension to the world we live in. I believe Nakano Broadway is one of the most under-visited, yet most interesting places in Tokyo, especially for any art amateur, and is one of the most intriguing places I have ever stumbled upon.