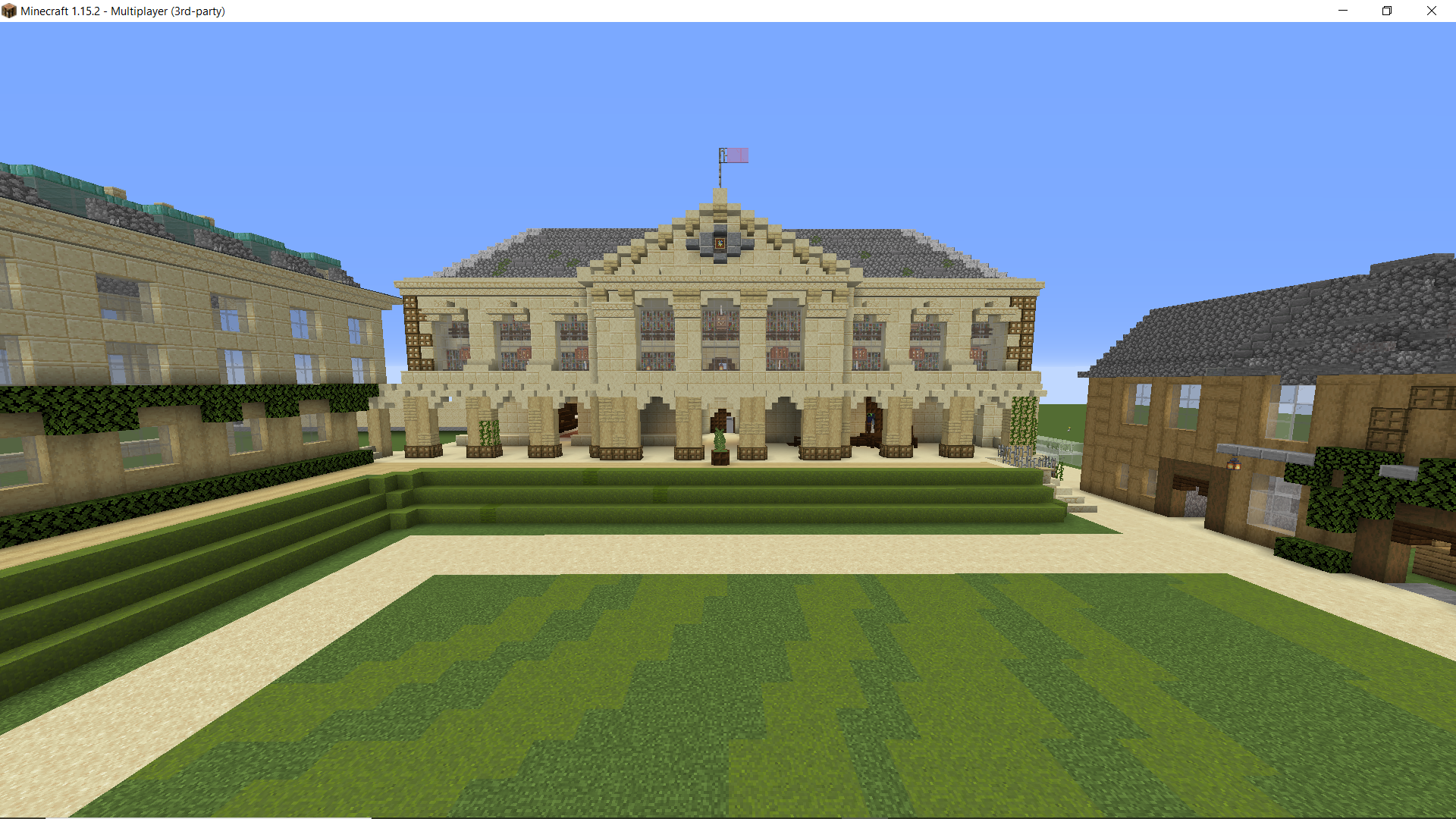 Two students at Worcester College have put together a Minecraft server that re-constructs the college site in the finest of detail, observing the sweeping lawns of the main quad alongside the atmospheric low ceilings of the college bar.

The virtual college, built entirely in Minecraft blocks, has seen multiple online users, attracting a large number as soon as it was announced on the Worcester JCR Facebook page.

Jordan Grinyer, one of the students who created the server, told The Oxford Student: “We made it and announced it straight away, and in the first hour had about 15 people log on.

“Since then, we’ve switched from a survival to a creative server, and we’re trying to recreate Worcester College in Minecraft. At peak times there’s always between 5-10 people online, and lots of people log on just to have a look around every so often.

“I think it’s really important to stay in touch with your friends and college during this pandemic. We’re used to college-based environments, when you can go and see a friend within minutes. We wanted to create a way that people could easily get in touch, call and play games with others”.

The idea comes as a result of the JCR’s encouragement for ways to maintain wellbeing for those who are spread across the globe and are no longer able to see their friends on a daily basis. Other measures include a ‘Worcester College Morale-Boosting’ page, where JCR members  share uplifting posts of what they’ve baked, or pieces of art they’ve created. The efforts of the student body to facilitate regular communication online has helped to preserve the cohesion of the college community in the face of such rapidly changing circumstances.

Not only does the server provide an innovative way of accessing the college site (which is closed to the public in response to the pandemic), but it also plays a vital role in combating the rise of anxiety for students separated by time zone and distance. A Discord Channel, comprised currently of 45 members, is connected to the online game to accommodate different forms of staying in touch for users.

A student at Worcester who uses the Minecraft server has highlighted the positivity created by the game: “It’s been such a source of fun in the midst of this uncertainty.

“Like so many others, I’ve been self-isolating and so any kind of communication with friends from college has been a blessing. Especially with the creation of Worcester itself, the server acts almost as a substitute for the close-knit community that we’ve become so accustomed to, and that the pandemic has threatened to strip away from us”.

The psychological impacts of quarantining are being kept under close review by JCR committees across the university, with different colleges adopting a range of approaches to student wellbeing. Lady Margaret Hall, for example, has gone to lengths to ensure that its students from all over the world have access to platforms which enable easy communication.

James Dugdale, a first-year at the college who lives in Australia commented: “[…] LMH has been fantastic with bringing students together. A week or so ago the Principal held a poetry reading session on zoom for anyone and everyone who was interested which I think was such a lovely idea.

“The JCR also got a Netflix account for anyone to use, and a student has also set up a site to share cooking recipes for self-isolation/college life in general. There’s also just been a great deal of positivity and support on the JCR FB page, with people posting notes of encouragement or even just some funny vids.”